"After summing up all production costs, our plants cost less than 0.25$"

Cost-effective growing
We’re working with high efficiency LED lights and cooling systems, which basically are our only costs. Therefore, our produce is way cheaper than with traditional farming. ”After summing up all production costs, the plants cost less than 0.25$, which is 2% of the total sum of normal farmers”, Tony English, Founder and Visionary of FarmBox Foods says. If a grower spends 2 cents more per plant, they can deliver organic produce with FarmBox Foods growing containers. The seeding process starts in organic fiber where organic nutrients are used. Next to that you can use filtered water and cultivation without pests. But it’s all up to the grower what plants they choose.” 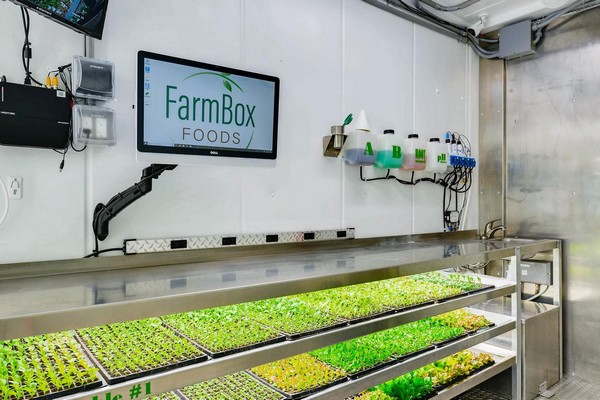 Self-sanitizing farm
The growing process is fully automated, except for harvesting. “We purposely chose moveable walls, so when our containers are installed, people with disabilities can participate during projects.” The company uses peat moss plugs for the seedling table, alongside an ebb and flow system. “When the plants are two inches high, they’re transferred to the grow walls. When one batch is harvested, a new one goes in immediately to maintain a constant production cycle,” English adds. These containers are maintenance-friendly and self-sanitizing. The grow towers are cleaned with ozone, a bacteria and disease killing gas. “It works better than bleach or other commonly used sanitizing agents.” When watering the plants, ozone is added into the nutrient solution, allowing the grow walls to clean themselves. 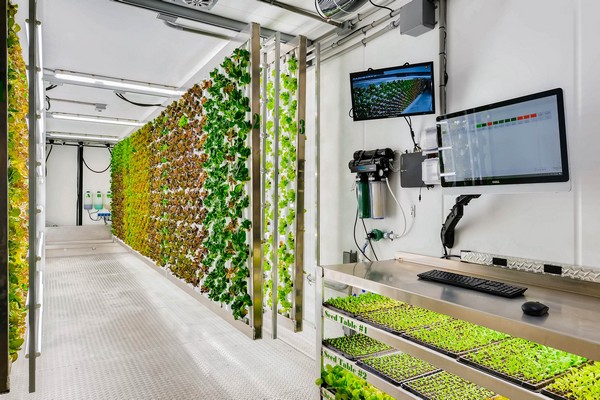 New designs
The system development took about a year to complete; during this time, FarmBox Foods designed a grow tube which solved all the problems that they came across during the R&D phase. The team is currently testing and researching new crops and designs. The R&D prototype has been sold and is now in use in Georgia. “We build our containers one at a time, and when we think of doing something better, we apply it. For now, we have three containers placed, but we’re looking into manufacturers around the States to speed up the production process.” 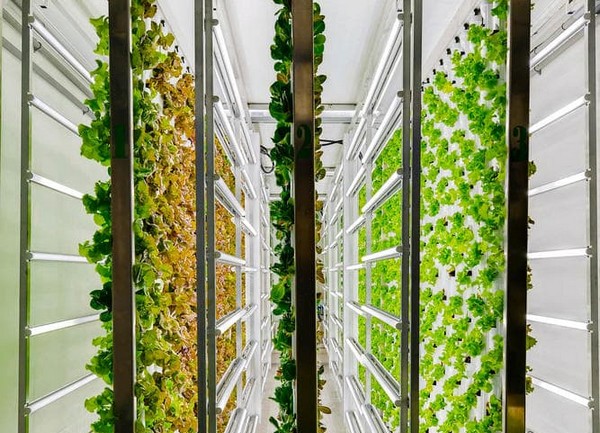 “We were actually going to build containers for homeless people for the major US cities, as there’s a big shortage for fresh produce, especially for those who won’t have access to them. We bought land and designed a hydro system. When they told us it would take up to 5 years before they would even look at our proposal. It would have been insane to wait for that approval. Well, we had a great hydro system thus why not move them inside a shipping container that we can provide to homeless shelters, churches and anyone who could grow food for the people who need it the most?” The start-up supplies fully automated containers for vegetable farming in the US.

Increasing demand
FarmBox noticed an increasing demand as a result of the COVID-19 pandemic. They now have a major hospital chain buying their farms. “We have a system suitable for schools, and at first we were donating them to schools. We are not going to do that anymore as we’re too busy with fulfilling the demand for our containers farms.”