“The demand for baby spinach continues to grow,” says Abby Prior of Irvington, NY-based BrightFarms, adding that because hydroponically grown spinach is a softer leaf that’s not tough, it’s more of a salad or fresh-eating product rather than being used in juicing and cooking.

She also adds that the company’s baby spinach and Sunny Crunch product, which is a crispy Greenleaf lettuce, are its number one and number two SKUs.

Growing the baby spinach hydroponically is not without its challenges though. “It’s a devilishly difficult crop to grow hydroponically and we’re one of the few growers who do so on a commercial scale successfully,” says Prior. “The root system for spinach is more difficult to control in water. Many indoor growers choose to not grow it.” 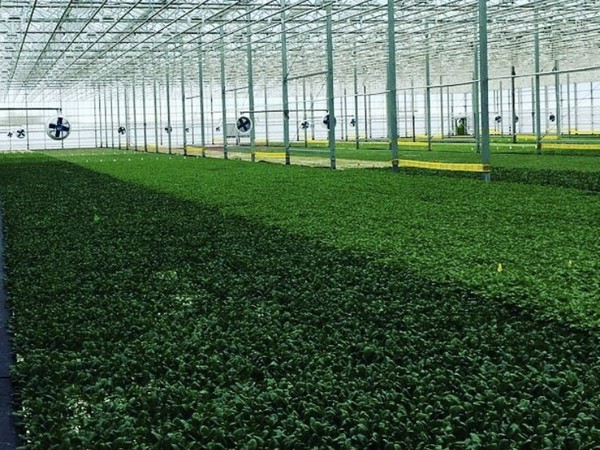 “We opened our largest farm to date in Pennsylvania earlier this year just before the pandemic hit in the second week of February. One of the primary reasons we opened that farm was to increase the capacity on spinach. But it has also increased our total growing capacity by about 60 percent,” she notes. In addition, BrightFarms’ 160,000 square foot farm in Rochelle, IL, its second commercial-sized farm, is also increasing its capacity this summer. “The farm will open in September to specifically provide more spinach to our retail partner in that region,” says Prior.