"Cherry sector professionalising due to the disappearance of small growers"

“We have picked the last cherries and the season is over. In retrospect, we had a good season, not a top class one like last year, but certainly a positive season,” says Bert Vanweddingen of Cherryfarm. “The season has started early and well with a lot of demand and good prices for the early varieties. The later season was a bit less, because there were quite a few Regina's on the market, so prices were slightly lower. ” 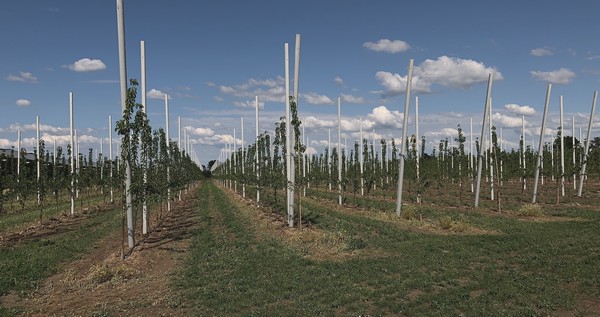 Frost damage
“We were also affected by the late night frost this spring, which resulted in the loss of nearly 80 percent of our mid-season cherries. That is quite the downer. We also had some problems with rainfall during the harvest, so we also had some losses,” says Bert. The cherry grower currently has 5 hectares of covered cultivation and 15 hectares of open cultivation, but is convinced that covering is necessary for the future. “When making contracts with retail, it is important that you are sure of your harvest. However, covering your crop is a very large investment. ”

Professionalising
“One of the biggest developments we see in the sector is that the smaller cherry growers are disappearing and the sector is professionalising. The smaller growers struggle to get everything picked on time, so they ask the bigger growers to pick or buy the fruit on the stem. If cherries are picked too late, they ruin the market. When we are working with Kordia, some growers are still producing Summit and that does not benefit the price or quality. These growers are slowly disappearing and the sector is developing in the way it should be,” Bert observes.

Despite all the corona measures imposed by the Belgian government, Vanweddingen succeeded in ensuring that the picking proceeded properly and on time. “It all worked out despite a few showers, but for pears and apples it is code red. It is still uncertain whether everyone from Poland and Romania can get here in time. Fortunately, the cherry season is over and we were able to close it on a positive note. ”