Is vertical farming the future of herb cultivation?

The room is illuminated with violet-colored LED bulbs, and the containers holding the herbs are stacked, one atop the other. This can clearly be considered vertical farming. This concept is gaining increasing popularity among farmers - especially those who grow herbs, leafy and micro vegetables, and edible flowers.

There have even recently been trials with soft fruit. It’s been standard practice in the mushroom world for some time now. Hence the relationship between Van Namen mushrooms and the herbs of Van Namen Specialties.

For Berjelle, it started as an experiment. He encountered this cultivation method during his internship in Finland. There, at Robbe’s Little Garden, they grow lettuce, herbs, and micro vegetables in this way. According to Berjelle, vertical farming offers numerous advantages over traditional herb cultivation.

Vertical farming’s advantages
“With vertical farming, I can plant a herb, and can be sure it'll ready to sell in five weeks,” says Berjelle. “You also have certainty about your product’s quality. That’s because the product is optimally controlled. The plant grows evenly, thanks to the LED lighting, so it tastes better too."

"It satisfies clients, who are increasingly demanding just-in-time delivery of products like herbs. Of course, we mustn’t forget the sustainable character of this cultivation method. Especially since farming like this uses very little gas, and no pesticides. We’re looking for ways to be highly energy-efficient too.” 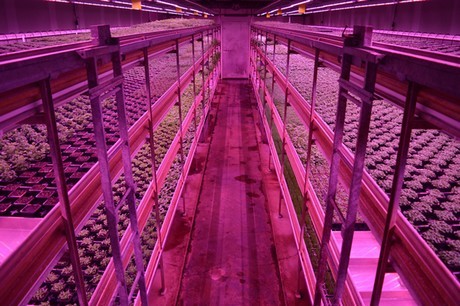 There was a demand for herbs
Berjelle now grows about 12 kinds of herbs and has added a second cell. “In this way, we can vary cultivation conditions like using different temperatures," explains van Namen. "Basil is our top seller. It’s a popular herb that sells well. It’s followed by herbs such as parsley and mint.”

Berjelles sells his herbs under the company’s own brand, Pika Surprisa, and Esperanto for ‘spicy surprises’. Still, Berjelle points out that it’s mainly enjoyable to cultivate and experiment with these herbs. “It’s not quite profitable yet. To achieve this, you’d have to seriously consider scaling up and adding rooms."

"You’d also have to see if you want to grow only one variety. We chose to grow herbs mainly because of the increasing demand for year-round delivery and consistent quality. Vertical farming guarantees this. You can also be relatively lazy with your purchases. You know what you’ll get on the day you want it."

"From the cultivation side, there aren’t as many operational issues either. Although you always have to deal with that. The only thing is, it doesn’t save labor; hands are still needed in that cell,” admits Berjelle.

Herb sales differ from those of mushrooms. “We’ve attracted many new clients who really only buy herbs, and we’ve noticed fewer clients buying both. We keep these two products separate. That’s why the herbs fall under Van Namen Specialties. For example, we export mushrooms to countries like Germany and the UK, but not yet our herbs. Perhaps we will in the future.” 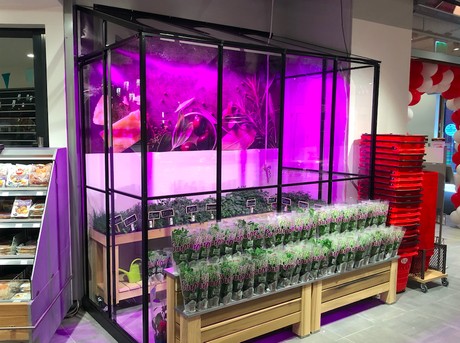 For the coming months, Van Namen’s main goal is to make it through the corona crisis successfully. “The mushroom market was very volatile in these unusual times. It’s slowly recovering, but it still has a long way to go. There aren’t any major developments planned for the rest of the year, either. Now, it's mostly a matter of serving our clients well,” Berjelle concludes.