FarmBox Foods is aiming to scale its production of shipping container farms significantly by the end of 2020. “We have been working with some exciting partners outside the private sector, like Ministries of Agriculture in West Africa. There’s a huge potential in helping African countries become self-reliant and self-sufficient”, Jake Savageau, COO at FarmBox Foods says.

FarmBox Foods holds patents for its vertical hydroponic and mushroom farms. “We are trying to grow the right way, not only in terms of scaling, but in separating ourselves from the competition, with logistics as our core tenet. The competition doesn’t focus on logistics like we do, in terms of dealing with governments, and getting our farms deployed all over the world.

We offer multiple products that can feed large populations with nutrient-dense food. With mushrooms, we are diversifying that vision because we cannot feed the world with leafy greens alone”, Savageau adds. “Everyone is growing greens and raising tens or hundreds of millions of dollars, but what I think they are missing is becoming a full-circle food security entity.” 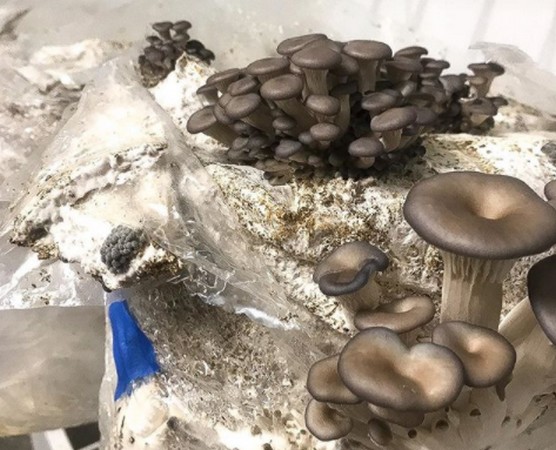 Alternative energy solutions
The company is also working on solar power solutions which will eventually be used for running their farms off-grid. Atmospheric water generation technologies are also in the works—a vertical hydroponic farm uses three to five gallons (11.4-19 liters) of water per day. FarmBox Foods has partnered with a Denver company that develops microgrid systems. “As we start working with governments, they won’t be putting just one farm into a warehouse or village. Rather it will be 100 farms or more where there’s limited infrastructure. That’s why we want to ensure that our farms will be fully amenable to off-grid setups.”

It’s not about making money and raising money—it’s about feeding the world. The FarmBox Foods team ultimately offers a solution to a global problem. “We are not the only solution, but I think we are a pretty good one. Our system is very well-thought-out for the end-user. We built the farms to allow for the least amount of labor with the highest yield”, Savageau notes. Currently, FarmBox foods is developing its third product, a root vegetable farm which will allow an entirely new group of crops to be grown in its farms. 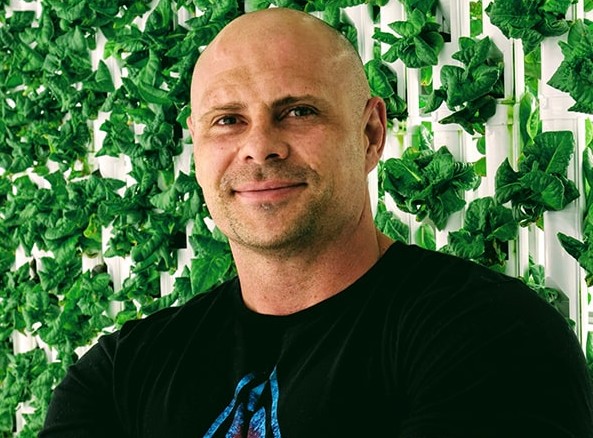 Savageau continues: “The mushroom farm is a bit different than our previous designs, but we have taken care of everything in just one container. So, from start to finish, we have everything inside that’s needed to produce up to 400 pounds (180kg) of gourmet mushrooms per week. Just like the vertical hydroponic farm, it’s deployable for national disasters or food shortages. There are benefits to small compartmentalized systems, because when you have a large greenhouse, it cannot be moved easily. Island nations are particularly well suited for container farming because they can control their food supply in a way that was previously unimaginable”