Former Google division Alphabet X lab has presented a computational agriculture project called ‘Mineral’. This project focuses on sustainable food production and farming at large scales, with a focus on ‘developing and testing a range of software and hardware prototypes based on breakthroughs in artificial intelligence, simulation, sensors, robotics and more’.

A blog post on the project’s vision explains how Mineral, which now has an official name but was formally announced back in 2019, will try and aim technology toward solving issues around sustainability. Those include feeding of Earth’s growing population, and producing crops more efficiently by understanding growth cycles and weather patterns. The project will also hope to manage land and plant life as the effects of climate change complicate ecosystems. 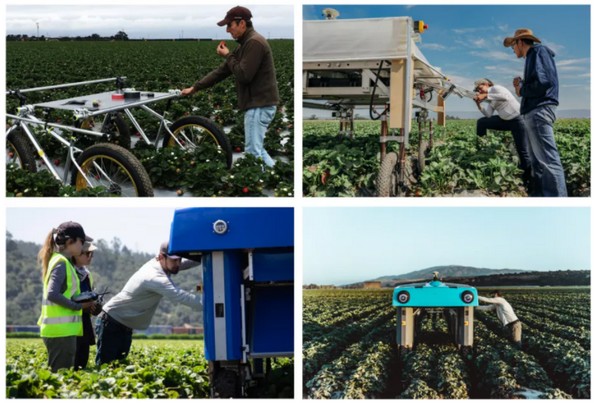 “To feed the planet’s growing population, global agriculture will need to produce more food in the next 50 years than in the previous 10,000 — at a time when climate change is making our crops less productive,” reads the new Mineral website.

One of the tools is a new four-wheel rover-like prototype, what the Mineral team are calling a plant buggy, study crops, soil, and other environmental factors using a mix of cameras, sensors, and other onboard equipment. The team then uses the data collected and combines it with satellite imagery and weather data to create predictive models for how the plants will grow using machine learning and other AI training techniques. The Mineral team says it’s already using the prototypes to study soybeans in Illinois and strawberries in California.