With a permanent population of 24 million, the average daily consumption demand for vegetables in the international metropolis of Shanghai amounts to about 18,000 tons. However, due to the limited planted area in the urban region, the city’s current vegetable production is far below the market demand. To provide abundant, fresh, high-quality fruits and vegetables for the residents of Shanghai, more and more emerging agricultural enterprises have begun to build solar greenhouses in the urban area, and facility agriculture has also become the focus of agricultural development in this city. Shanghai Youyou Group is one of the leading enterprises in this development. 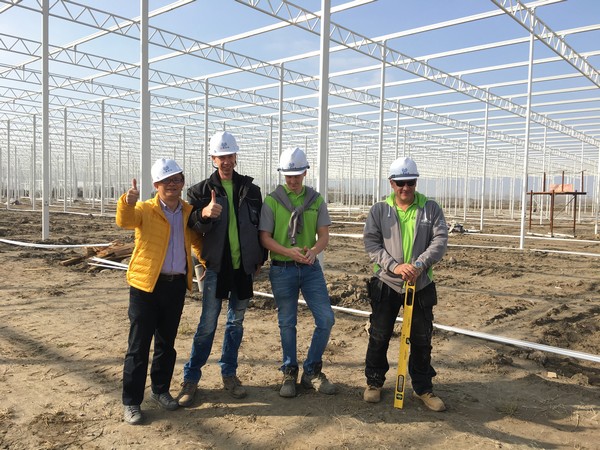 Director of Shanghai Youyou Group and a construction supervisor from Cathon

"The Sino-Dutch Agricultural Innovation Park covers an area of ​​1,979 mu, including a newly built semi-enclosed greenhouse of 206,640 square meters,” said Yang Shaojun, Director of Shanghai Youyou Group while giving an overview of the industrial park. “The park is the home to a greenhouse automatic control system, precision irrigation and fertilization technology that integrates rainwater collection, plus purification, automated seedling cultivation, harvesting and packaging equipment, and a plant waste recycling system. With this, we hope to combine the world’s leading horticultural technology to build a first-class automatic control production greenhouse in Shanghai.

"It is estimated that the Agricultural Industrial Park project will be completed by the end of October 2020 and planting will begin shortly. Cucumbers, lettuce, and other crops are expected to hit the market by November, and tomatoes and sweet peppers are to become available before the Spring Festival. " 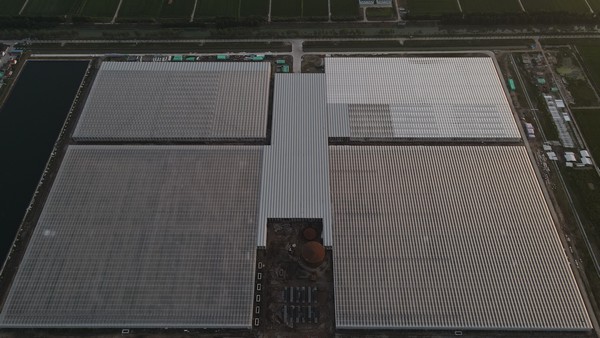 Greenhouse in the Youyou Innovation Park

The Youyou Innovation Park, located about 60 kilometers away from downtown Shanghai, will be able to deliver vegetables to the market on the same day as they are harvested. In addition to the online platform created by the brand, the company will also work with large supermarkets and e-commerce companies such as Sam's Club, Wal-Mart Supermarket, Hema Fresh, and Dingdong Fresh.

When talking about the development trends of facility horticulture in the city, Yang said, "Shanghai has very scarce land resources and a large population, so the cost of land used for agricultural production is high. The labor cost is also increasing. In addition, the abundant rainfall during the growing season leads to serious issues with pests and diseases in open field cultivation. The increase in the use of chemicals to prevent pests and diseases has also led to increased production costs and product and environmental pollution. Therefore, it is a general trend to develop facility greenhouses in Shanghai. In addition, the demand from the residents of this international metropolis for fresh, safe, healthy, and high-quality produce continues to grow, and their requirements are getting higher and higher. Therefore, modern agriculture in Shanghai must take the high-quality and efficient route represented by facility cultivation."

After comparing various types of greenhouses, Shanghai Youyou Group finally decided on semi-enclosed greenhouses, making the company one of the first in China to apply this type of greenhouse. "The semi-enclosed greenhouse from the Netherlands is currently the world's leading production facility. It overcomes many shortcomings of traditional greenhouses and brings significant improvements in many aspects. It has high controllability, high uniformity, a low ventilation rate, positive pressure and saves 20% more than energy than traditional glass greenhouses. The combination of substrate cultivation and the enclosed greenhouse facilities can reasonably adjust the environmental conditions for the growth of crops such as light, temperature, water, air, and fertilizer, giving full play to the production potential of crops and plant growth. Crops grown in these greenhouses are fast and robust in growth and high in yield and quality." 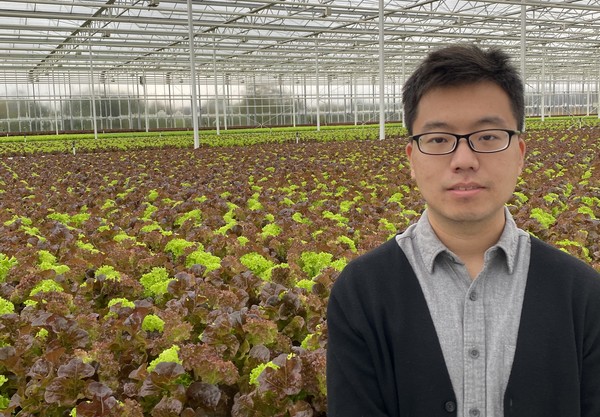 Yin Rui, Agronomics Engineer and Project Leader of Certhon Greenhouse Solutions added, “China is an energy-scarce country. Reducing energy use and increasing energy efficiency is vital to the development of agriculture. Semi-closed greenhouses greatly reduce the exchange of air inside and outside the greenhouse, maximizing energy efficiency. At the same time, carbon dioxide, as the ‘food’ of plants, is kept inside the greenhouse to the greatest extent. This design plays a vital role in saving energy, reducing emissions, and reducing greenhouse gas emissions. 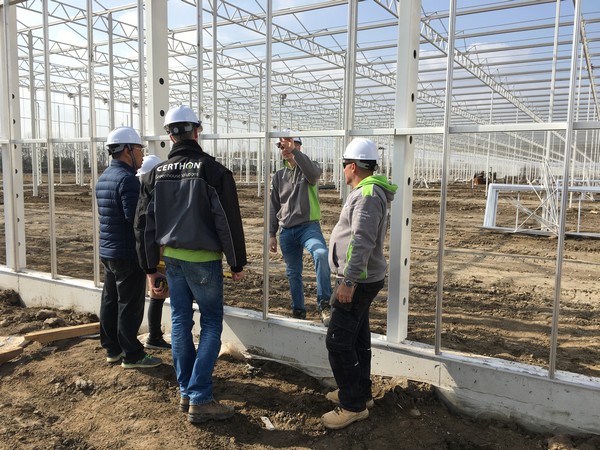 "As a top greenhouse designer and builder in the Netherlands, Certhon has accumulated a vast experience in developing semi-enclosed greenhouses and provides all-round technical support in design, planning, construction, and planting. We look forward to working with Certhon in the later stages of the project,” Yang said.

In recent years, Certhon has been continuously expanding its projects and business in China. The company currently has two local staff responsible for the China market. "China is a big agricultural country full of challenges and opportunities. We hope to build this agricultural project into a demonstration project for the horticultural cooperation between China and the Netherlands. We’d like to promote advanced Dutch agricultural technology in China and contribute to China's modern agricultural development." The engineer concluded.