Kalera has hired two new executives to fill the positions of Vice President of Foodservice Sales and Vice President of Sales for Retail Accounts. The newly appointed VP of Foodservice Sales, Marc Jennings, brings with him over 20 years of experience in the foodservice industry. Mark Gagnon, VP of Sales for Retail Accounts, has over three decades of experience in the produce and grocery industries.

Prior to joining Kalera as VP of Foodservice Sales, Marc Jennings spent his career building networks of strategic partners in the food industry, both domestically and internationally. Most recently, Jennings worked as the Chief Commercial Officer at Martin Preferred Foods, where he worked to expand into new geographies through strategic alliances. He previously spent four years as the Vice President of Sales and Marketing at Food Services of America and four years as the Vice President of Foodservice at Cargill, a company with reported revenues of almost $115 billion. Jennings has received recognition as a Leader of Sales & Marketing from the International Food Distribution Association and the International Food Manufacturing Association, where he has held advocacy positions on the industry board. His primary goal as Kalera’s VP of Foodservice Sales is to build a coalition of strategic partners who share the vision of delivering Kalera’s fresh, locally produced greens to consumers across the planet.

“I’ve always been passionate about finding a sustainable, healthy solution to feeding the world’s growing population, and Kalera does that efficiently and effectively,” said Marc Jennings, new Kalera VP of Foodservice Sales. “I believe my wide range of experience makes me uniquely qualified to establish the diverse network necessary to deliver Kalera’s solution globally.” 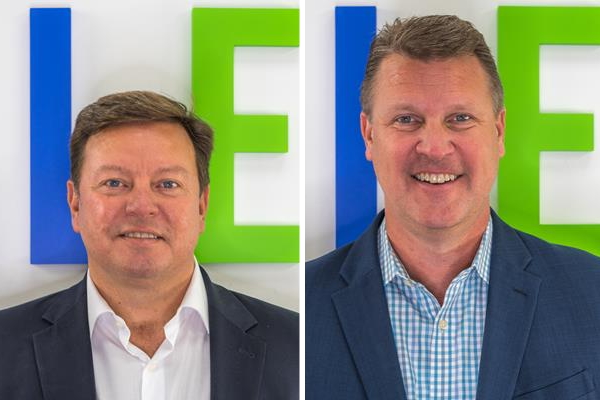 Kalera has also named Mark Gagnon as VP of Sales for Retail Accounts. An accomplished executive, Gagnon brings with him over 30 years of sales and leadership experience with three major produce brands, Chiquita, Dole, and Del Monte. Before his six-year tenure as the VP of Sales at Del Monte Fresh Produce N.A., Inc., he led the East Coast sales team for Chobani, where he focused on account development, retail expansion, increasing market share, creating brand awareness, and developing a new sales team. He previously worked for nine years as the National Director of Sales for Chiquita, where his main focus was growing market share in both pineapple and banana business, as well as leading the Kroger Team for all Chiquita products. Gagnon was also the National Account Manager for Kroger at The Dole Food Company, and held various other sales leadership roles over a 14-year period with Dole.

“Over the last 30 years, I’ve developed strong partnerships and relationships with the top retailers in the country through strategic planning and customer engagement at the top levels of each retail organization,” said Mark Gagnon, Kalera’s new VP of Sales for Retail Accounts. “I’m extremely eager to bring my experience and learnings in the produce industry to Kalera, and join a first class company with an incredibly bright future.”

“Having this strong and unified sales team will be crucial to Kalera’s growth and development as we expand globally,” said Daniel Malechuk, CEO of Kalera. “With Mark’s proven track record of account development with key retailers, and Marc’s international manufacturing and distribution background, I have confidence in their ability to continue Kalera’s momentum in building our network of strategic partners as we grow Kalera’s reach. We’re truly thrilled to have them join the team.”