The Dutch food and agri sector is hot for investors

Mushroom sector supplier CNC also recently changed owners. "Our food and agri sector is hot with investors," observes Ruud van der Vliet, who said goodbye to the Rabobank a couple of years ago and became an entrepreneur with a focus on Food & Agri and the real estate sector. "Private equity-like parties see that the Netherlands is the place to be for sustainable horticulture and arable farming.

"The interest is going very fast now. Foreign parties see the milking robots from Lely in the media, and the sustainable possibilities of Dutch (greenhouse) horticulture, and see great chances to grow. Our knowledge of (greenhouse) horticulture, but dairy farming as well, is really relevant. Many a fund in food & agri worldwide has been founded with the dot on the horizon that in 2050 over 9 billion people have to be fed. A lot of money has been raised for that worldwide, and that money has to be used. It is key, though, that this fund management be invested effectively and in the right way," says Ruud, who is also approached by private equity parties to search for Dutch acquisition opportunities. 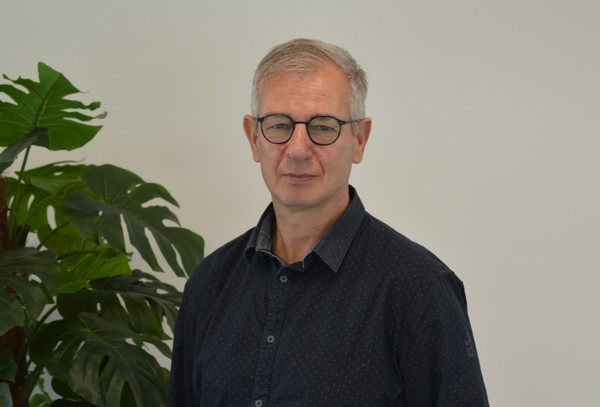 Larger, complete solution
"A limiting factor is that, for instance, the Dutch horticultural suppliers are kind of small. The largest Dutch greenhouse builder has a turnover of 200 million euros. In absolute terms, that might make you a large company, but in the whole big power play, you are a small player. Therefore, it makes sense that suppliers find each other, like you see in the Dutch Greenhouse Delta, and in another way at the investing group Atrium Agri, in which Havecon, VB Group, PB Tec, Bom Group and VEK have put their heads together. Worldwide, investors are looking for sustainable, complete solutions. That explains why they send agronomists along, so they have guaranteed production from day one.

"At the same time, you see that many investors have invested with unbelievable amounts of money in projects regarding medicinal cannabis and indoor/vertical farming, and that they are now starting to see that the expectations they had beforehand, do not always pan out. Yet, I expect that this market will also find its way, and that these projects will take off. If you're looking to produce near the city, in the most sustainable way possible and with maximum food safety, these kinds of projects are what you're looking for. After all, there's hardly any waste of food anymore. In our climate zones, they aren't going to replace high-tech greenhouses, but in large metropoles, growing without daylight by means of vertical farming will certainly be an alternative."

Clustering
Does the interest of investors also go to the agrifood trading companies? "It certainly does, because retail is looking for trustworthy suppliers. On the other hand, wholesale margins are getting smaller. That means you'll have to add value. This can be done by becoming very large by clustering or by fully specialising, but you'll still have to be fairly large to play a real part," says Ruud. "In ornamentals, the clustering of the trade went really fast. Dutch Flower Group, FM (FleuraMetz) Group and Waterdrinker determine what goes to retail, and the rest is left for FloraHolland. I expect this to happen in the vegetable trade as well. The Greenery and ZON don't have the largest growers. Next to that, the versatility in suppliers and customers is also an important measure for investors. If, like Bakker Barendrecht, you only supply to Albert Heijn, you have a different value than a company with a large diversity of customers."

Growth required
"Growing is a prerequisite if you want to have the power to mean something to other chain partners, whether that's a retailer or a government. It's wise to have a distinctive position with a certain scale. You need the possibility to finance, and it's necessary to contain risks. That goes in both the whole chain of breeding and production, trade and technique, and the packing and logistic handling up to the supermarkets' shelves. Logistics, that's another thing that we are very good at in the Netherlands. If you can guarantee that chain, you can make clusters or consortia, enabling you to realise extra growth."

Ruud doesn't expect that stand-alone family companies in breeding, like Rijk Zwaan, Enza Zaden and Beekenkamp, will get into other hands. "These companies are devoted to being family companies. They have explicitly chosen to guard that culture and see the value in it. For them, that's more important than to cash and have a big bank account."

Initial Public Offering (IPO)
According to the financial consultant, an IPO is often the second step. "Investors have a strategy for the first five to ten years, when they take over a company. Then the exit has to take place. A scenario of private equity companies is the IPO. That can lead to the largest proceeds and offers the investors the opportunity to get out at once. However, that's only possible when a company is run well. Looking at the companies that have gotten into horticulture in the last couple of years, we can expect that a few parties will be ready for IPO within the next few years. If a company like flower breeder Dümmen Orange would be doing better, I'd have expected an IPO already," says Ruud.

With Mission Produce and Organto, two parties recently announced an IPO as stock market listing of a company. That means that the companies offer their stock for sale via the stock market, hoping to attract fresh capital. "Mission Produce recently attracted about $160 million with an IPO in the USA, and Organto Breda wants to go to the German stock market too after having already gone to the Canadian market. The Canadian holding Organto Inc. in 2019 realised a turnover of CA$3.7 million, and a profit of CA$220,000. Mission Produce in the same year reported a turnover of almost US$900 million and a profit of US$72 million. So, Mission is a huge company and Organto is tiny. The scale apparently isn't a barrier," observes Ruud.

Good performance
Going to the stock market can definitely be interesting for Dutch food and agri companies, according to Ruud. Whether it's directly or as an intermediate form via investing companies, private equity or spacs, but it is important to be well prepared. "It's important to have a certain track record and to meet expectations. You have to have good performance, show good growth rates, have a clear strategy and need to be able to show a nice portfolio. On top of it all, a professional management team is very important. Companies do not want to invest in a company reliant on one or two people."

As a listed company, you're obligated to show your entire inner workings. "That's a large step for many family companies," says Ruud. "On the other hand, don't overestimate it. If you're a little skilled, you can get the extensive year reports and strategies of any company. Patent applications are also public, so from many companies you can find the direction they think in as well. How flexible a company is, isn't tied to the listing, that's mostly dependent on how a company is managed. Listed companies can act just as flexible as non-listed ones. When you've fine-tuned the strategic plan with the Board of Commissioners and the shareholders, you can function within that set frame."

A bank in the back seat, an investor at the wheel
A comparison between investors and traditional banks is not entirely correct, according to Ruud. "The banks - which are in the Dutch food and agri sector still Rabobank, ABN Amro and ING - are necessary to provide regular credit facilities, working capital and doing acquisition. When you really want to grow as a company that's often a step too far for a bank. A bank sits in the back seat, evaluating after the facts, while an investor takes a seat in the Supervisory Board and in the management, deciding along about the daily operations. So they are more 'at the wheel' and capable of steering when necessary. But that's just not a comparison you can easily make, the rates are different as well. A bank is happy with a few percents of interest, a financier expects at least 8 to 10%.

"An investment is no reason for companies to lean back. Investors expect an average interest of at least 8 to 10%. That increases the pressure in financial space to perform, but you're given the financial space to do so. If all goes well, a company becomes more professional, and it can use the investor's network. That can have a great effect. That's why it's important that the investor's network suits the knowledge and capabilities of the company. It will make the company better, as well as the customers and the staff, especially if they get to share in the result."

This article was printed before in edition 11, volume 34 of Primeur. Check www.agfprimeur.nl.