Hamill has moved into agritecture

When COVID-19 hit Canada in February 2020, the Hamill Group of Companies was in its early inception. “We weren’t quite sure how things were going to play out, but we knew that whatever challenges were, we could tackle them head on!” said CEO Bob Benner. As a leader in manufacturing services and having carved out a niche for microgreens harvesting equipment, Hamill quickly realized it would need to do more to support their growers.

The company took the step forward and moved to Agritecture. Vertical, hydroponic, and aquaponic farms are taking hold in many major cities throughout the world. With the help of enhanced indoor and vertical farming practices, the US growers have been able to produce microgreens on a large scale. 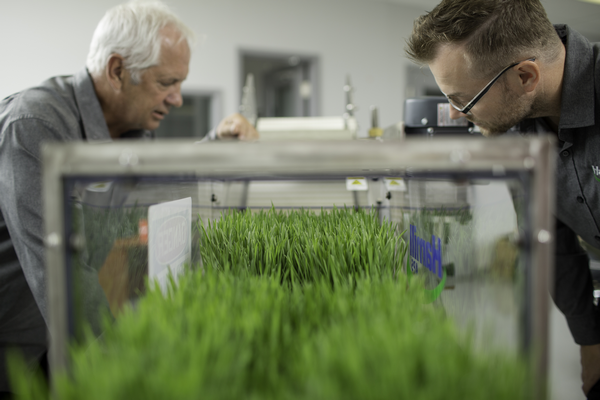 Canadian farmers are relying on indoor farming than greenhouse farming for growing microgreens because of the electricity needed for lighting and also growing indoors eliminates many of the pest and disease problems of outdoor production” [1].

One of the major crops that they grow are microgreens but these farming environments presented new challenges in and of themselves. As growers looked to establish their systems, they realized they needed the Hamill Group of Companies to propel them forward. This was due to Hamill's superior experience in 3D engineering, manufacturing, prototyping, electrical. For Hamill, they had to rapidly shift their focus from just harvesting equipment to innovating and designing farms, and full production facilities being an end-to-end provider.

Hamill’s ability to adapt and pivot meant that the Hamill Group of Companies could foster new partnerships throughout Canada and the US. They have undertaken projects such as with AquaGreens in Toronto, Intravision Group in Welland, as well as are in the preliminary stages of planning with InCity Farms in the United States.