“Nine out of ten businesses have no clear goal”

What are the lesser-known facts about vertical farming?
“Many people are talking about vertical farming nowadays. This is great, but fortunately, there’s also plenty of discussion about indoor farming in general. After all, indoor farming doesn’t always have to be vertical. You can also cultivate in a single layer in a totally controlled environment, shut off from outdoor conditions. Technology is a means to an end, and should never be the goal. For example, sometimes I advise to go for an indoor farm or a vertical farm, but sometimes it works perfectly well to cultivate in a greenhouse.” 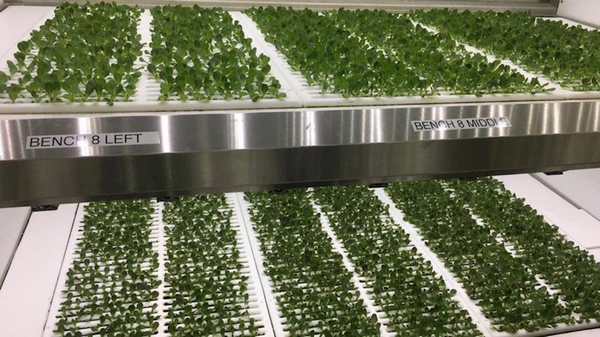 At what point did you think things had to change?
“In October 2013, I went on a trade mission to Japan with a number of Dutch businesses, on behalf of Philips (my employer at the time). I told them about vertical farming and got the response: “What are you doing? That’ll never catch on.” All the more reason for me to persevere. In the following years, more businesses became active in this area, including Grodan.

That turned out very well for the development of this new industry. I never regretted my decision to fully focus on vertical farming, especially when you see the challenges the world is facing in the food sector as we approach 2050. Innovative crop cultivation is a real solution. Take Dubai, for example, which is extremely vulnerable to droughts.”

What’s the secret behind your vertical farm in Dubai?
“That we’ve embarked on the project with a stable, local partner. There are quite a few businesses that think, ‘There’s plenty of money in Dubai, which is easily hooked with a quick contract.’ It’s true there’s plenty of money and that people enjoy spending in this city, but the locals don’t want to lose face. That’s the crux of it. So we opted to co-invest in the farm, which inspired confidence in our local partner.”

Where do you get your inspiration for vertical farming?
“Actually, from the Italian Luca Travaglini, from Milan. He belongs to the third generation of a big Italian family business that dries salami. It may sound a bit strange, but he saw a big overlap with growing lettuce. And he’s right, although not everyone was immediately enthusiastic. His passion eventually got everybody on board, resulting in the imminent launch of the biggest vertical farm in Europe, Planet Farms.

Together with Luca, we’ve proven that it’s interesting to learn from other industries. Being open to different solutions can add enormous value to new developments in food production. We shouldn’t ignore that fact. I’m very proud indeed to have been able to supervise this project in its initial phase.” 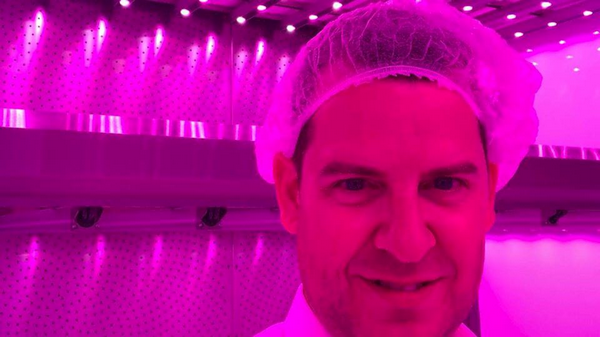 What kick do you get from vertical farming?
“Recently, we started receiving the results from research over the past two months, which focused on the growth of a baby leaf. That’s the first phase of a plant, in which the growth is quite slow, making it a slightly more expensive crop. We tried to understand the little plant as much as possible, so we could find the limits for optimization. And we succeeded. The results we achieved were almost 40 percent better than predicted. So we surpassed everyone’s expectations. It was fantastic! That’s what we do it for.”

What’s the first thing you need to do when you want to start with vertical farming?
“As with every business, you really need to think long and hard about what your goal is. Nine out of ten businesses have no clear idea of their goal. Then your project can never be successful. So you have to start by answering some key questions: what do you want to achieve, who are your customers and what do these customers want? Also for the projects I supervise at Consult2Grow, it’s important to first determine the goal, then to understand the local situation and only then start looking at the technology. I call it reverse engineering.

And don’t forget that cultivating a plant is one thing, but how are you going to market that plant afterwards?
In Dubai, 90 percent of produce is imported, because local produce still isn’t good enough. So if you’re going to put a local product on the market, you have to take a good look at how to position it.”