On Friday, 4 December the 13th German Sustainability Award was presented in Düsseldorf. In cooperation with the German government, the best concepts against global warming, overuse of resources, extinction of species and social division were awarded. 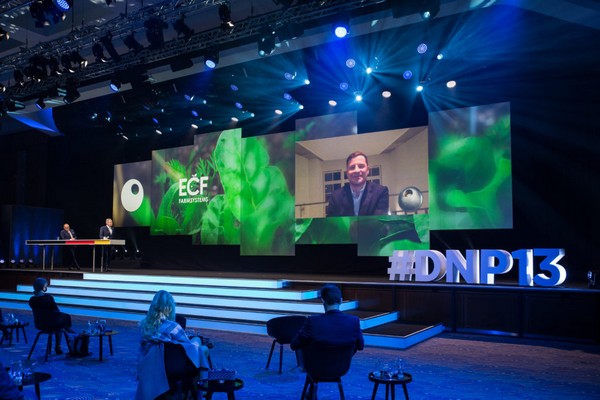 The award to ECF Farmsystems was presented by former German President Christian Wulff and received by ECF CEO Nicolas Leschke via video conference.

„The entire ECF team is extremely pleased about the award. It encourages us to continue and intensify our pursuit of our chosen path: Reducing the consumption of resources in food production, shortening supply chains and eliminating plastic packaging are our top priorities," says Nicolas Leschke, CEO of ECF Farmsystems GmbH.