Vertical Farming is one of the solutions to the problem of the growing demand for food. A multi-layer system uses less surface area, energy and water. And production takes place all year round, resulting in higher yields. In a video message, Arjan Kok, Chief Technical Officer at Bosman Van Zaal, explains how the technology for Vertical Farming is developing further within his company.

Vertical farming in buildings
Bosman Van Zaal develops and produces vertical production systems in existing and new buildings, often in urban environments, where sustainability, convenience and a higher yield are paramount. The systems are used for food production, the cultivation of plant material from seed, cuttings or laboratory and for research, often to speed up cultivation cycles. Not only growers, but also investors are increasingly seeing the benefits of Vertical Farming. 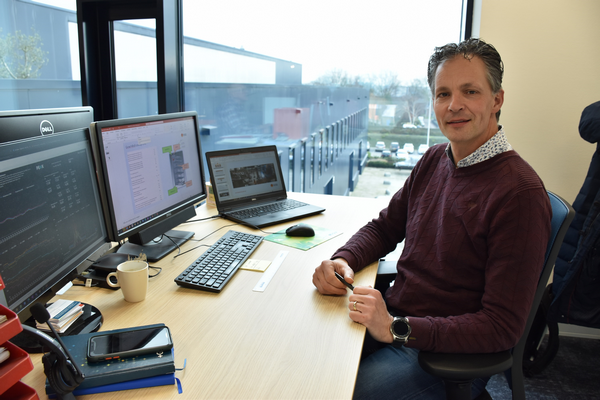 The systems often consist of closed and conditioned rooms with multiple cultivation layers, which are part of a complete cultivation system in a greenhouse. The plant material from the greenhouse is placed on aluminum roll containers in the conditioned area, in which the climate, light and air are fully optimised on the basis of growth analyses. When the plant material has reached the right size, a transplanter places the plants in the cultivation tray and returns them to the greenhouse. The containers used are then automatically washed and prepared for reuse.

Vertical farming in climate containers
A few years ago, Bosman Van Zaal presented the Grow & Roll climate container as one of the components of their vertical agricultural and horticultural systems. A well-thought-out system in which climate, cultivation systems, water, electricity, and control systems form an integrated whole. The mobile container with multilayer carts functions as a closed laboratory for the efficient cultivation of seeds, cuttings, and crops, but has recently also attracted interest from entrepreneurs who want to use the compact production space for food production.

Bosman Van Zaal develops, produces and builds complete horticultural projects at home and abroad. The projects are developed using cleverly automated 3D models and a modern production plant. All knowledge of constructions, climate, E-installations, irrigation, logistics and control are brought together in one entity. Bosman Van Zaal's projects are based on the latest developments and the latest insights for the sustainable and efficient cultivation of foodstuffs, ornamental plant products and plants for the cosmetics and pharmaceutical industries.