Common mistake: "The aspects of microclimates are underestimated”

In greenhouse horticulture air is often brought in from below. In utilities, this is the other way around. There, the air is always brought in from above. It ensures effective air movement and a good indoor climate for people or business processes.

Growers also want an optimal climate, but for the plant. In indoor and vertical farming both worlds come together and more science is involved when creating a climate. Or, a microclimate, because it's ultimately about properly cultivating a plant. "We are seeing more discussions about microclimates, while we think this aspect has been underestimated for a long time. Falsely, because it's very complex. Only if the energy and water balance of a plant are correct a plant will grow well. Sufficient air movement around the plant is crucial to this,” says Gerjo de Zeeuw, CEO of KE Fibertec and KE GrowAir. 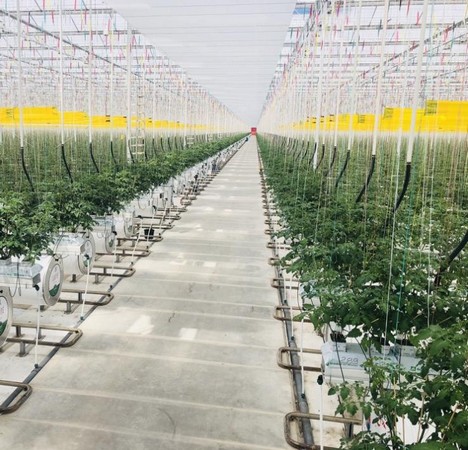 Air ducts in the greenhouse

Less space, more control options
KE Fibertec is active in utility, but with KE GrowAir collaborating with Orange Climate in recent years also active in greenhouse horticulture and indoor and vertical farming. That's more than 135 years of experience in climate.

Jeroen Verhagen works as a Business Unit Manager at Orange Climate. Both men agree that a common mistake is to think about climate too late when building an indoor or vertical farm. Jeroen: "In greenhouses, which have become higher in recent years, you have a ‘climate buffer' because the space is quite big. In this case, the disruptive element is the outdoor climate with temperature, humidity, and solar irradiance. With relatively simple techniques such as vents, screens, fans, and  the right knowledge you can control the climate in greenhouses. In vertical farms, you have little or no external influence, which gives more possibilities regarding climate control. You have to take advantage of those opportunities, but in the right way.”

What does the plant want?
Not everything is clear about the right method. Gerjo: "A lot of research has been done on people and climate. We know which air speeds, temperatures, and levels of humidity we appreciate. For plants, we have a lot less information concerning this. However, we believe that even in what seem to be ‘ideal cultivations’ we can still go to the next level with better fertilization, better lighting, and an even better microclimate. This requires a road map, which is still in an early stage of development." 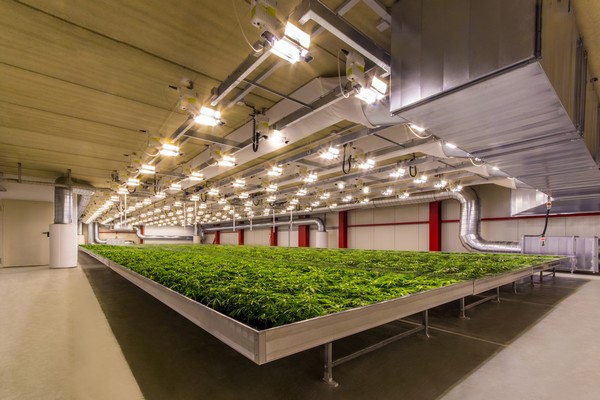 Although both men mainly have a technical background, it always starts with the plant for them. Gerjo: "For example, how big a plant is matters a lot. The optimal air speed for a one-meter high cannabis plant is very different from that for basil or leafy greens that are much smaller. With optimal air speed a plant evaporates well. We must remove this moisture from the room if we are to create an optimal microclimate.”

Jeroen adds: "What is often forgotten is that an appropriate climate solution also saves water and reduces CO2 consumption, all aspects that should be considered by growers. That is why we like to be included from the beginning so that the best concept can be created for all the different areas.” 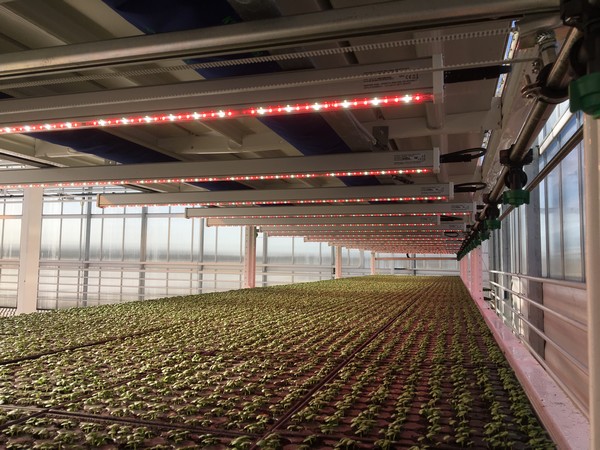 More cultivation layers not always better
An example of a project where both men were involved from the start is the Urban Farming Partners project in Singapore, a vertical farm is being built there. Gerjo: "They had a facility for which the ideal setup had to be determined. However, interests often diverge. The growers wanted as many layers as possible in the hope of maximizing production. We insisted on not too many layers, considering the minimum height between the layers to create an optimal microclimate.”

The closer the layers are to each other, the more expensive the installation, Jeroen adds. "With all the partners, calculations were eventually made and fewers layers were realized than were initially planned. The first harvest is next spring." 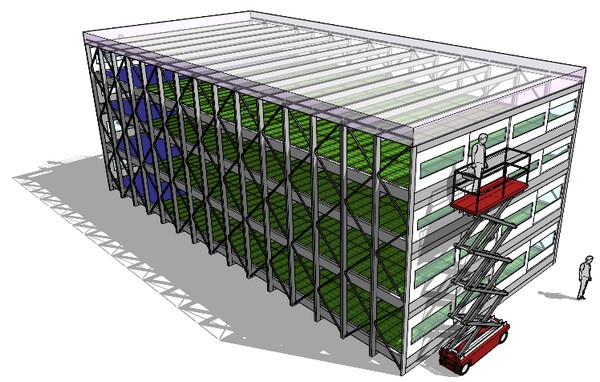 This is not the case in this new industry, Jeroen notices. “It's a different industry where not everything has been figured out as it has in greenhouse horticulture." In the long run, Gerjo even expects that knowledge from vertical farms will find its way into greenhouse horticulture, rather than the other way around. "Absolutely. The developments in this industry also stimulate a lot of new research. For example, no one knows exactly what 60, 65 or 70% RH does to a crop. However, the technique is already available. Our air handling units already have more than 2,000 configurations to choose from just for utility. The only question now is where a specific configuration is needed.”