A few intrepid researchers will begin an arduous journey to Antarctica on Dec. 20 to conduct plant cultivation investigations in an extremely remote region of the world. The international team of researchers will use Earth’s southernmost continent – with its unforgiving environment, especially during its harsh winters – as a unique place to assess closed-loop life support systems that could benefit people on Earth and astronauts on future missions to the Moon and Mars.

One researcher heading to this desolate wilderness on the Ekstrom Ice Shelf is Jess Bunchek. The plant scientist from NASA’s Kennedy Space Center will be a guest researcher at the German Neumayer III Station, operated by the Alfred Wegener Institute (AWI). 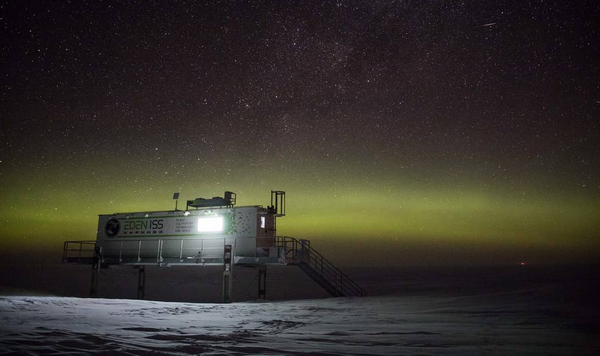 Bunchek will spend about a year investigating plant cultivation in isolated, confined, and extreme (ICE) environments in the EDEN ISS greenhouse, managed by the German Aerospace Center (DLR) Institute of Space Systems. This greenhouse, in a recent 9.5-month period, produced nearly 600 pounds (268 kilograms) of fresh food, including cucumbers, lettuce, and tomatoes, in a space of only about 145 square feet (12.5 square meters) or about the size of an apartment bedroom. The researchers took scientific samples from some crops but ate most of what they grew.

These efforts complement NASA research in the ultimate closed loop environment – the International Space Station, where astronauts have conducted plant experiments in the Veggie and the Advanced Plant Habitat growth chambers. For more than 20 years, a multinational partnership has allowed astronauts to live and work in the station’s unique microgravity environment. 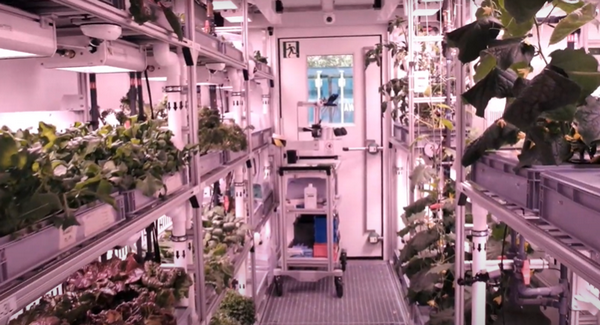 To date, 242 people from 19 countries have visited the orbiting outpost in low-Earth orbit. Among its many uses, the station serves as a proving ground for human space exploration, including the Artemis program. NASA and its partners have used the station to explore many of the challenges they will face when heading to Mars, including growing crops to supplement astronauts’ diet when they are millions of miles away from Earth. However, it’s impractical to use the orbiting platform to test every potential system a crew needs to survive in deep space. That’s where the Antarctica research station comes in.

“EDEN ISS is a unique project; there are only a couple other facilities like this in the world,” Bunchek said. “What makes it unique is the extreme climate and the overwintering aspect. This collaboration between DLR and NASA aims to help shape the design of a future lunar or Martian greenhouse and the requirements of astronaut crew support.” 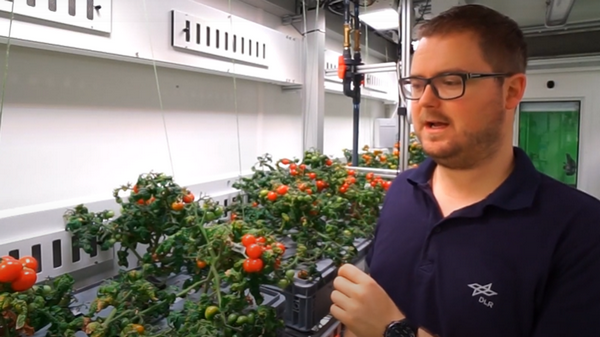 With months of training now complete, Bunchek and her fellow researchers will board a ship in Bremerhaven, Germany. Because of the ongoing pandemic, they will forego a shorter flight and instead undertake a month-long ocean voyage that will not stop until it reaches Antarctica in late January. Upon arrival at the icy outpost, Bunchek will apply her experience with space crop production at Kennedy – NASA’s leading center for growing plants in space – and put it to use in the EDEN ISS.

In Antarctica, Bunchek will work with a team of researchers connected to the mission control in Bremen, Germany, to solve challenges with closed-loop agriculture. She will bring cultivars of plants including red romaine lettuce that astronauts have grown and eaten on the space station, and others, like peppers, which NASA plans to fly to the orbital laboratory in 2021. While spending the winter in Antarctica, the team will be isolated, and many of their concerns and preparations are similar to long-duration missions in space. Their findings will help shape future research into space crop production as well as benefiting humankind by adding to the body of knowledge used for indoor farming.

“The preparation is everything!” Bunchek said. “I think what is so interesting about going to Neumayer III Station is our preparation period. It is long compared to other stations, partially because AWI wants to make sure that the overwintering team is the right fit. But also, because we will be isolated for the entire winter, we must be prepared for any situation.”