In the face of a dismal year, indoor agriculture saw record fundraising from venture capital and other private investors in 2020. "The industry raised US$565mm in 2020. This figure excludes several notable rounds where the amounts raised were not publicly disclosed," says Nicola Kerslake, CEO of Contain.

"New Jersey-based vertical farmer AeroFarms was one of four recipients of funding from the Abu Dhabi Investment Office for its Dubai farm. Late in the year, automated vertical farmer 80 Acres raised a round from British bank Barclays. Elsewhere, at-home kit provider Back to the Roots added a prominent Saudi sustainable ag supporter to its existing investor list for an October 2020 round. Even without these rounds, 2020’s total was up nearly 50% on 2019 and represents a record for the industry, besting 2017’s US$391mm," states Nicola. 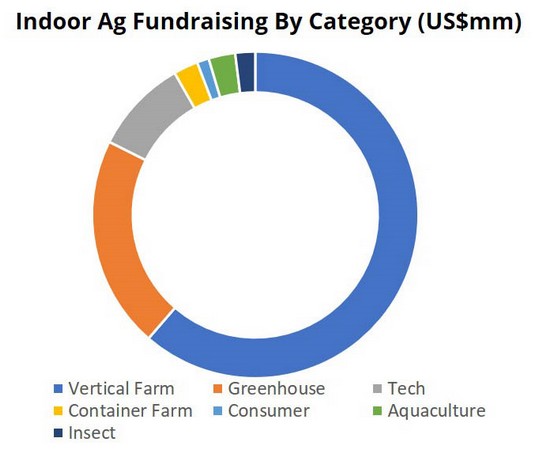 According to Nicola, vertical and greenhouse farms again represented the bulk of funding, thanks to large rounds from majors such as Bright Farms (US$100mm), Gotham Greens (US$87mm), InFarm (US$170mm), and Plenty Ag (US$140mm). Outside of this, a notable trend was that industry suppliers are now beginning to interest investors. For instance, greenhouse computer vision tech provider iUNU raised a $7mm round led by frequent agriculture investors S2G Ventures and Ceres Partners. Contain Inc, the fintech platform that I lead, has itself been a part of this trend, raising a funding round from US and European investors at the tail end of 2020.

"This resurgence can be traced to several factors. Most important is the lure of all manner of sustainable agriculture in a world where everyone seemed to become food-obsessed during lockdowns.  Increasing industry participation from large produce buyers has also played a part, as they’re seen as an indication of the industry’s viability by venture capital investors," Nicola adds.

In addition, venture capital funds are typically thematic investors, and COVID rendered several of these themes obsolete and encouraged venture capitalists to pivot to new ones. "For example, some parts of the ultra-hot sharing economy theme that spawned companies like Uber suddenly look less alluring when consumers are loath to share space. Meanwhile, themes around health and wellness became far more attractive, benefiting adjacent industries such as indoor agriculture," Nicola affirms. 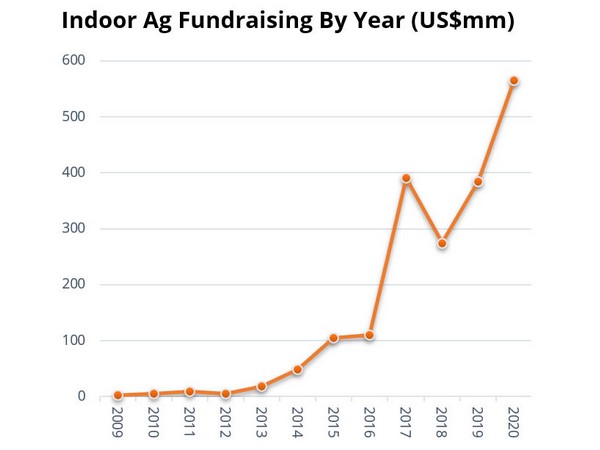 "Going forward, venture capital funds still have plenty of dry powder for investment, after a healthy fundraising environment for them in 2020", says Nicola. Industry researcher PitchBook says that funds raised by venture capital firms rose by nearly a quarter over 2019 levels.[1] The year’s strong IPO (stock market listing) market helped, with tech favourites like AirBNB and DoorDash going public. Indoor agriculture remains a minority sport for investors, 2020’s record haul represents less than that raised in the year by stock trading app Robinhood alone. Nicola adds: "Given this, it’s perfectly possible that we may see another record-breaking year for indoor agriculture in 2021."