Overcoming the challenge to crop production in space

While the vertical farming industry says that the sky is the limit, Space Lab Technologies LLC is pushing that notion even further.

Space Lab Technologies LLC is a Colorado-based company whose mission is to advance human space exploration through technology development. One of Space Lab’s focus areas is crop production in space, either onboard a spacecraft with the company’s LilyPond™ or on Mars’ surface with the MarsOasis®. According to Christine Escobar, Vice President and CBO of Space Lab, “there are lots of benefits to producing food for a spacecraft, including psychological benefits. It’s better to have fresh vegetables and plants onboard to deal with some of the psychological stresses that an astronaut would go through.” 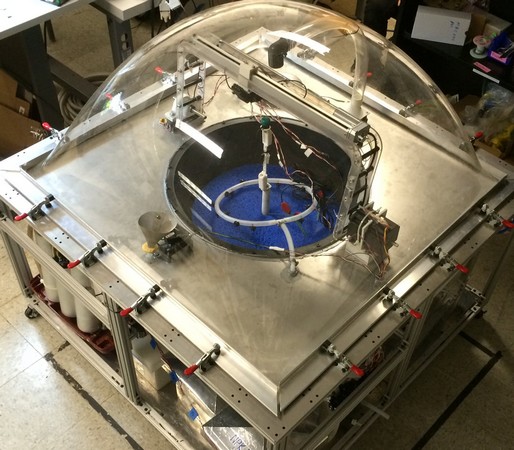 The company’s MarsOasis is a greenhouse designed for use on Mars’ surface. As the cost of transporting materials is quite high, the greenhouse needed to be designed such that it was lightweight and could easily be stowed on a spacecraft. Space Lab designed MarsOasis to be inflated for ease of transportation, then rigidized on-site to withstands Mars’ environment. While Mars’ surface may not receive as much sunlight as Earth, there is still enough sunlight to grow plants. Building greenhouses on Mars’ surface is still in the undetermined future, but Space Lab’s LilyPond may certainly be used much sooner, as it is essentially an LED-equipped growth chamber for use onboard a spacecraft.

Microgravity is the condition of weightlessness caused by the diminished gravitational pull in space as compared to the Earth’s surface. This weightlessness can be especially problematic for the delivery of water to crops, a process that is typically facilitated by gravity in terrestrial (Earth-based) agriculture. To circumvent challenges posed by microgravity, Space Lab has based its hydroponic systems on capillary action and the attraction of water to other surfaces.

“You can take advantage of capillary action by providing surfaces that will attract the water, so it flows where you want it to. We’re also using materials in a certain shape to direct the water flow,” says Christine. 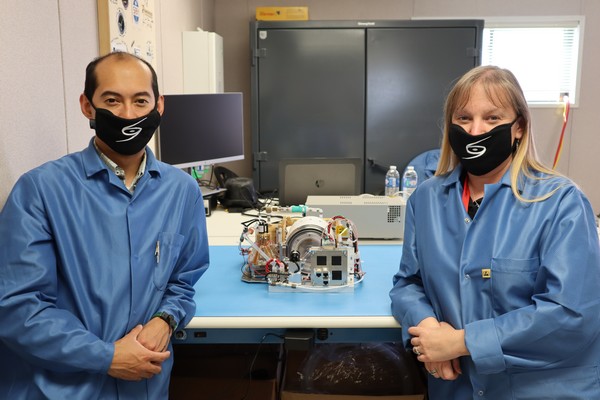 While capillary action can effectively direct water in microgravity conditions, the water’s attraction to surfaces means that it will attach to plant roots and can create an anaerobic environment. As such, LilyPond must provide water in moderation to meet the crop’s needs without suffocating the roots.

The overarching challenge to crop production in space is the highly limited resource availability, as any materials transported on the spacecraft and space used by equipment carry a heavy price tag. Any equipment must occupy a minimal footprint in the spacecraft, be as energy-efficient as possible, and require minimal maintenance. With respect to energy efficiency, Space Lab has developed close-canopy, low-power lighting which allows them to place lights within inches of the canopy to meet photosynthetic needs without damaging the crop. Such lighting allows the company to reduce the height between shelves, thereby increasing crop density. While the company has yet to tackle automation, Christine explains that automation is a necessity.

“If you’re talking about growing food onboard a spacecraft, you’re feeding a crew that is really time-constrained. Their daily schedule is very scripted and most of what they’re there to do is to be conducting science, not taking care of plants. So one of the big concerns for space agriculture is making it as autonomous as possible.” 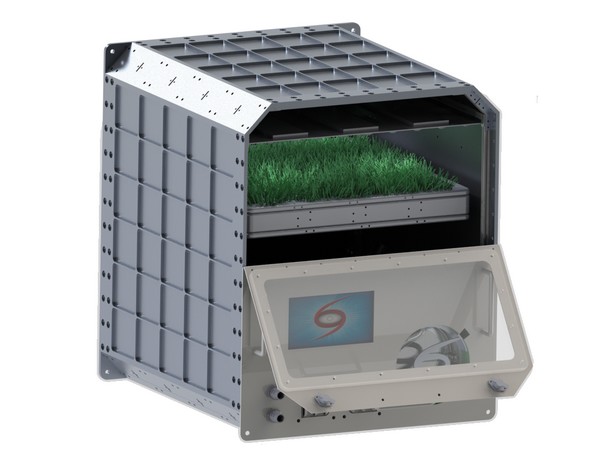 A render of the µg-LilyPond concept

Space Lab is currently at the prototyping phase with LilyPond and MarsOasis. LilyPond was originally developed for the production of duckweed, a highly nutritious and fast-growing aquatic plant. That said, the system can also be used to produce leafy greens, microgreens and, according to Christine, possibly root crops. Considerable research is also underway way to genetically engineer crops and create dwarf varieties of fruiting crops, which could allow for the production of tomatoes in microgravity, for example.

While Space Lab is focused on technology development for human space exploration, the company also hopes that its technologies can prove useful for increasing the agricultural efficiency on Earth. Space Lab is also keen to understand the vertical farming industry and recent innovations to avoid redundancies and meet the industry’s key players.

“We are interested in learning more about the controlled environment agriculture & vertical farming industries to explore whether our space agriculture solutions may have value for terrestrial indoor farming or vice versa," Giovanna Marcantonio, Executive Assistant adds.