Expanding its brand and growing systems throughout Latin America

“There is hardly any expertise on large-scale vertical farming in Brazil, let alone the technical know-how,” says Geraldo Maia, Founder and CEO at Pink Farms in São Paulo. “That is why we developed an entire system ourselves.”

Geraldo started industrial engineering at the University of São Carlos. Although this might not seem the most logical step to vertical farming, the subject caught his interest quite early. In 2016, Geraldo started the company together with his business partners Rafael and Mateus Delalibera, twin brothers who are that studied electrical engineering at the University of São Paulo. 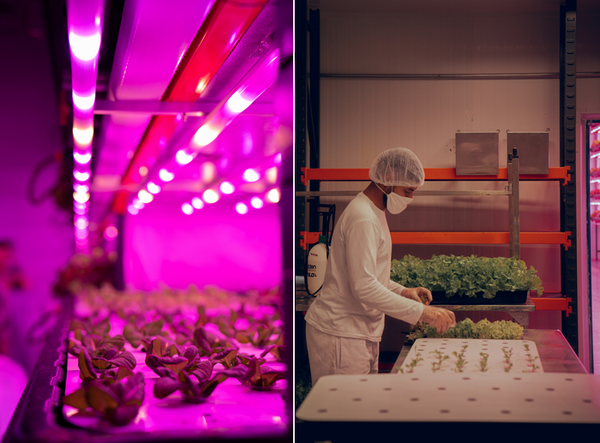 In 2017, the farm was opened on a site 50 km away from Sao Paolo. “We were trying to understand everything related to production, equipment costs, technology and so on. Everything had to fit perfectly. That left us to developing most things ourselves, as we didn’t have any partners to work with yet,” says Geraldo. “Right now there are several other indoor farms, but nothing on a large-scale basis like in the US or Asia at this point. None of them are vertical growers, as far as we know.”

Rafael Riedel, an investor at Pink Farms adds: “What we are doing in our vertical farm is nothing like traditional farming which is mostly done in Brazil. You barely will find greenhouses in Brazil because of the heat, whereas indoor farming has never been tried before. Therefore, our system is very novel I’d say.” 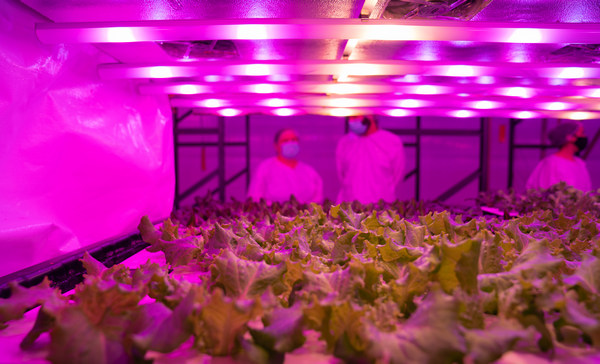 The large interest in systems
Given the experience in system development, the team wants to become a technology provider throughout Latin America in the nearer future. “We are vertically integrating into many ways. There are many ways to scale up within the Brazilian vertical farming sector. Given our start, we personally experienced that systems should be as cost-effective as possible. Several organizations have been reaching out to us to inform them about our growing system. Next to that, we’ve received requests from companies based in various sectors to find out how they can use this kind of technology to cultivate high-demand products such as sugar cane or soy.”

Rafael notes, “This is one of the reasons why I wanted to partner with Geraldo, rather than building my own farm. He had done lots of research on systems and cultivation already. Starting a farm from scratch is very hard, so if you don’t take it seriously, you will never grow big.” 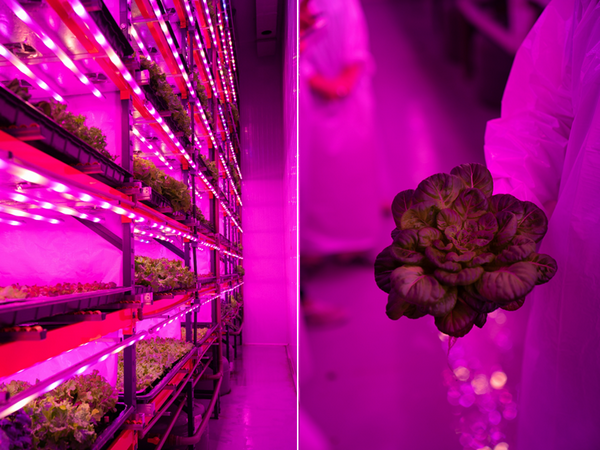 Expanding throughout the area
Currently, Pink Farms is growing microgreens which is sold directly to consumers. However, they’re in the middle of trialing other fresh produce as well. The company just finalized crowdfunding of $5 million to develop systems for other crops such as mushrooms, tomatoes, strawberries and leafy greens. We aim to be the largest brand in the near São Paulo areas. Along with that, we hope to expand our team from 15 to 28 employees in the upcoming months.

Pink Farms delivers up to 70 retail points in São Paulo but will deliver to at least 100 points by the end of April. The company aims to work with more third parties to allow further expansion in terms of technology.