With vertical agriculture being relatively nascent and working to establish itself within the global agrifood system, urban farming company Infarm is making significant headway through its intelligent, cloud-connected farms whose products are found in the world’s leading retail stores.

The entire Infarm network currently consists of 1200+ locations. These locations host Infarm’s modular farming units each of which collects 50,000 data points throughout the lifetime of every single plant grown within. Since the company’s inception in 2013, Infarm has collected more than 300 billion data points from its numerous installations in 10 countries and three continents.

The company is currently experiencing rapid growth in Europe, North America, and most recently in Asia, being available in supermarkets in Tokyo for the first time in early 2021. The company uses a hybrid model with on-site plant production at retailers through smaller units and large-scale production at Infarm’s local growing centers. According to Daniel Kats, Vice President Corporate Sales at Infarm, the company’s large-scale collection of data is a major contributor to Infarm’s rapid growth. 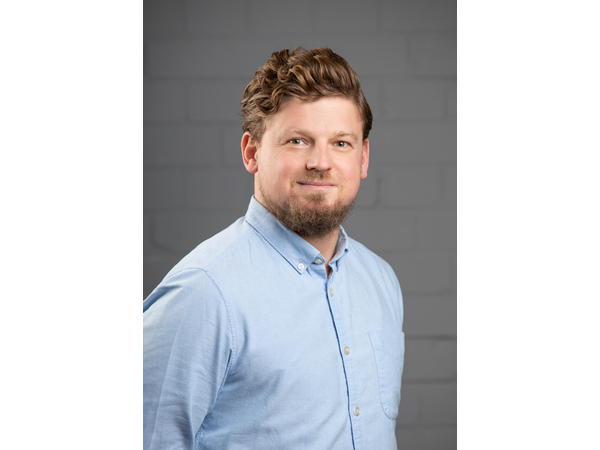 “By being connected through the cloud, we are collecting a lot of data which allows us to improve along the way. Each plant grows better than the one before. We are more precise in how we grow with respect to color, texture, nutritional value, etc. In addition, it enables us to produce with maximum efficiency per square meter which helps to keep costs on a reasonable level," says Daniel Kats.

Efficiency
Infarm’s data-driven approach has allowed the company to improve its processes, and particularly its resource use efficiency. The company recently introduced its new high-capacity, automated, modular farming unit. "They can generate the crop-equivalent of up to 10,000 m2 of farmland, with up to 400 times higher efficient food production than soil-based agriculture." Each standing between 10 and 18 meters high, occupying a 25 m2 ground footprint, and requiring just six weeks to build, several of the units can be set up in one facility - and become what is called the Infarm Growing Center.

When comparing the high-capacity modular farming units to its initial systems, Infarm has reduced its electricity consumption by 40% in its automated large-scale farms. These savings have been largely due to improvements in LED lighting efficiency, although additional gains in efficiency have been made elsewhere. According to Daniel, the company is also saving up to 10 million liters of water per unit per year and expects to continue improving its water use efficiency. By designing taller farming units, Infarm has also improved its space use efficiency and effectively driven a cost reduction by producing more per square meter. 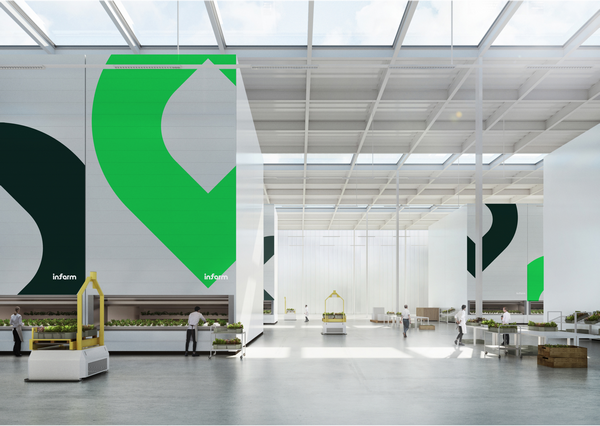 Improvement
Infarm's focus on data also allows it to consistently improve growing recipes and tailor such recipes based on clients' needs. Daniel provided the example of a chef who wants a plant grown for a specific number of days as its taste and size is exactly what the chef is looking for on that given day. Infarm can provide its restaurant clients with that flexibility but is also capable of serving the needs of its retailer customers on a quite individual level. The vertical farming company is able to react to a changing demand at the supermarkets, for example, due to seasons or specific holidays.

“With our sensors and 3D modeling of the plants, we can be very specific and tailor the plant to the client as needed. We don’t have a single recipe; we have a large variety of recipes that we can select from based on the country, demographics, and clients to offer different flavor profiles. Every variety that we offer has a protocol of taste, which is basically the taste ID of the plant. We are able to focus on specific tastes during the growing process and in addition, pass that information on to the end consumer so they know exactly what they are buying. That’s great, especially as we have varieties that are not so common like Peruvian Mint, Bordeaux Basil or Wasabi Rucola,” explains Daniel.

Looking ahead, Infarm aims to continue improving its technology. The goal is ultimately to continue to drive expansion across the world to ensure access to locally produced food, to reduce food miles and to reduce the carbon footprint of food production. The company also expects energy efficiency to continue being a hot topic and is committed to becoming more efficient in its energy use. Finally, Infarm hopes that the wealth of data collected through its farms can eventually be used to develop new standards and best management practices in agriculture.