The stock market discovers indoor ag in a big way

Robinhood antics aside, there’s no hotter topic in finance right now than SPACs (special purpose acquisition companies), and even indoor agriculture has become caught up in the buzz.

SPACs, or special purpose acquisition corporations, are a shell company that lists itself on a stock exchange and then uses the listing proceeds to acquire or merge with another company. It’s an attractive route to raising funds for companies looking for a faster and cheaper way to list than the rigours of the traditional IPO process. 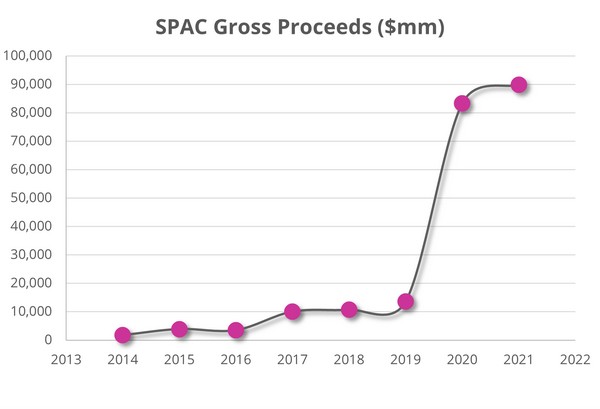 Though SPACs have been around since the 1990s, they have had a reputation for being “the buyer of last resort”, primarily owing to a spate of failures in the early 2000s. The approach has once more taken off in recent years. There was nearly 8x as much raised in 2020 as in 2018, and 2021’s total has already surpassed last year’s[1]. The approach has become so hot that even Goldman Sachs junior investment bankers recently complained that they were burned out by the sheer volume of SPACs they’re working on[2].

This newfound enthusiasm is generally traced to a combination of tighter SEC regulations, efforts by cash-rich private equity companies to exit portfolio companies and fewer traditional IPO listings. Higher quality sponsors, such as 40-year old private equity firm Thoma Bravo, lead some to believe that things are different this time around.  The lustre of famous SPAC participants – such as baseball player A-Rod and basketball legend Shaquille O’Neal – has helped things along.

Detractors point to post-listing underperformance by SPACs, high fees to sponsors and opaqueness around the acquisition of companies.  SPAC rules mean that institutional investors sometimes get to see information on potential acquisitions ahead of retail investors.[3] On a recent Clubhouse chat, one investor compared SPACs to the risky no-revenue internet listings of the late 1990s. Another questioned whether retail investors’ appetite for such vehicles would cause greater market volatility[4].

Dan Bienvenue, the interim CEO of mega public pension fund CALPERs, recently described SPACs as “fraught with potential misalignment, potential governance issues”.[5] That said, similar dire warnings have accompanied the rise of many a new approach in finance, most recently equity crowdfunding, and have proven wrong as often as right. 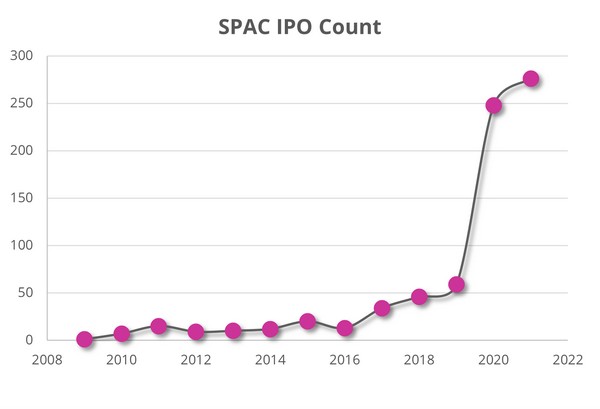 As is so often the case in indoor agriculture, cannabis companies have led the way when it comes to SPACs, generally listing in Canada owing to the US federal prohibition on the crop. One example is Choice Consolidation Corp, which raised $150mm in February, and says that it plans to acquire “existing strong single-state operators”[6].

Historically, food-focused indoor agriculture companies have sourced little of their capital from public markets, preferring instead to work with private equity and strategic investors. To be sure, there is a small cadre of listed CEA firms, such as Canadian greenhouse operator Village Farms (TSE: VFF) and Canadian grow system tech company CubicFarm Systems Corp (TSXV: CUB) are exceptions to this rule.

All of that changed last month when Kentucky-based greenhouse company AppHarvest raised $475mm through NASDAQ listed SPAC Novus Capital. The funds will fuel the expansion of up to a dozen new farms through 2025.

Naturally, the move has led to speculation that vertical farms and greenhouses will follow suit, though it’s worth noting that the rules that govern SPACs aren’t necessarily friendly to CEA companies. They favour large, highly valued companies that easily capture the attention of retail investors, and those are not plentiful in CEA.

Regardless of whether the SPAC trend becomes a permanent feature of the indoor farm fundraising landscape, one more method of accessing capital for CEA can only be a good thing. For the moment at least.

Note: None of the above constitutes investment advice.