Through local sourcing and the use of natural resources

The Philippines is one of the greatest exporter of coconuts, mangoes and pineapples worldwide, it is quite a surprise that a large number of vegetables are imported from surrounding countries. “Fresh herbs and leafy greens, in particular as they’re much more expensive here and low-quality,” says Ralph Becker, CEO and founder of Urban Greens. “Our climate is not ideal for some specific vegetable cultivation because of the extreme heat, torrential typhoons and other natural disasters. However, there is growing awareness regarding a healthy lifestyle, whereas the demand for vegetables is increasing noticeably.”

After spending a decade incorporate technology with Sony Electronics, Ralph Becker decided to shift his focus. “When I left the shelter of corporate life and moved back to the Philippines, I noticed that lots of food was imported. It made me think whether that could be done more efficiently with a smaller carbon foodprint and eventually better food quality.” 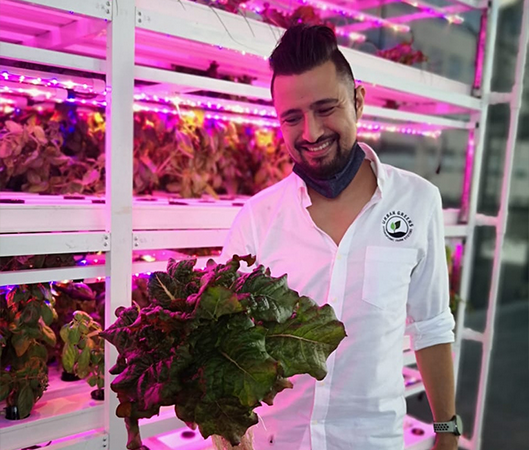 Sourcing locally
Hydroponic material and equipment is easily obtainable in most western countries but less so in the Philippines and particularly when he started his venturesome 4 years ago, which is why Ralph and his team designed everything themselves from the ground up.

“I am convinced that we found a system that works perfectly here for the local climate conditions, with minimal cost of electricity and well suited for the skill level of the labor force, whilst delivering the highest quality produce. One of the benefits for us is that the equipment can easily be repaired from parts available in a local hardware shop, for instance.

Contrary to other players who brought in technology from abroad that was not particularly designed for these temperature and humidity conditions, such as container farms which heat up in this tropical climate and take a lot of electricity to cool down – cost that has to be recovered on a slim profit margin to start with. We have our own technology and we’re able to scale it, without having to rely on outside technology.” 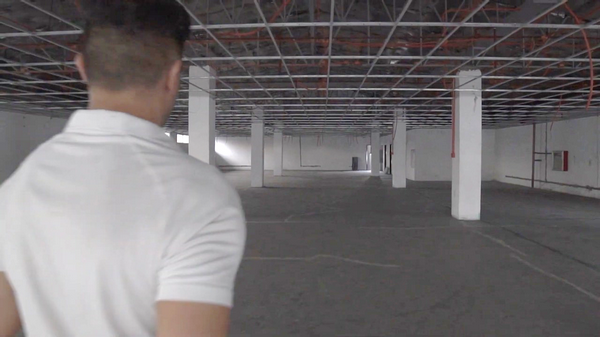 With the brand-new warehouse farm right in the city center, the company will soon be delivering more than 1,5 tons of fresh produce per month. “Everything we’ve learned thus far in previous smaller units is now replicated in our new farms implementing the same model. The Philippines is a big country with many cities that rely quite heavily on imports, which is the main market we want to target,” says Ralph.

Ralph had always been interested in plant growing ever since being exposed to hydroponic farming in Japan and the US. Once he relocated to the Philippines he started doing some experiments with growing herbs. Posting about his project on social media many people reached out as they wanted him to grow for them too. Ralph says that restaurants and hotels were eager to validate the demand of high-quality local produce. 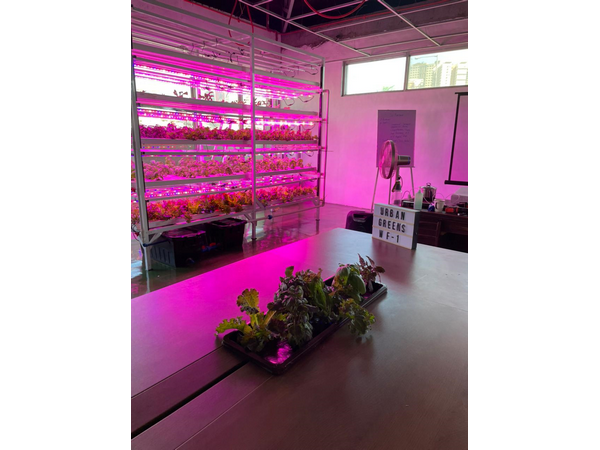 Pilot model
Urban Greens is building the new warehouse farm with a bigger purpose in mind, namely, as a pilot model for more farms. People interested in the vertical farming space can come and visit the farm. Ralph adds, “We want to inspire visitors by showing the possibilities of these new farming models. After all, we need young farmers to come into the industry. The younger generation isn’t that interested in farming because of the hard labor and low wages. We want to prove them wrong by showing that farming can be lucrative and modern too.”

Apart from cost-effectiveness, reliability is one of Urban Greens’ greatest assets. “Consistency of supply gets easily interrupted due to tropical storms, which is both bad for the farmer and for those who rely on it. Reducing food miles is of essential importance to food availability,” Ralph states. This also happened during COVID, when many supply chains were cut and the company noticed a strong increase in demand. “We turned hardship into an opportunity,” says Ralph. “Once we’ve finished up this warehouse farm in the heart of Makati, people will see that vertical farming can be viable in the Philippines. This country has 7000 islands, and I think each of them is in need of an Urban Greens farm.”