CAN (YT): Tackling food insecurity above the 60th parallel

In the northernmost territories of Canada, agricultural development is underway but must contend with the cold climate, variable photoperiod and other environmental challenges. It comes as little surprise, then, that interest in controlled environment agriculture is on the rise. ColdAcre Food Systems is one of the companies that supports this endeavor and has installed multiple growing systems in northwestern Canada.

ColdAcre Food Systems is based in Whitehorse, Yukon, one of the northernmost provinces in Canada. The company was incorporated in August 2019 and specializes in controlled environment agriculture. Prior to its incorporation, ColdAcre primarily sold retrofitted shipping containers and also operated its own container farm to supply the Whitehorse market with fresh greens and herbs.

According to chief executive officer Carl Burgess, “the original intent was to sell and provide growing systems but we immediately identified an opportunity and a need to demonstrate commercial production north of the 60th parallel year-round.” 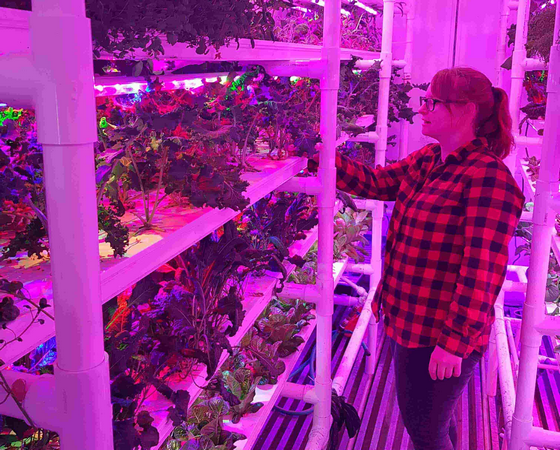 With its incorporation in 2019, ColdAcre thus based itself on four pillars:

Growing produce for the Whitehorse market
When ColdAcre first began producing greens and herbs, the company started with three dozen products but have since narrowed its product line in order to have a robust supply and client demand. ColdAcre has also recently begun producing mushrooms. Explaining the Yukon’s consumer base, Carl says that the territory is the size of Spain yet is home to only 40,000 people. Whitehorse is the territory’s capital and its businesses service much of the territory, as well as southern Alaska, northern British Columbia and the western Northwest Territories.

As such, Whitehorse acts as an important hub for northern residents and has a relatively robust food demand. According to Carl, “some people drive 1,000 km to buy goods and groceries in Whitehorse a few times a year. That said, the Yukon only produces 1% of the food that is purchased and consumed in the territory.”

Importing most of its consumables carries the double burden of a heavy carbon footprint and limited nutritional quality. “When comparing the quality of fresh produce between Vancouver and Whitehorse, there is a significantly lower quality in the Yukon, which is only heightened when you go further north. Producing locally also virtually eliminates waste and the carbon footprint of production,” says Carl. 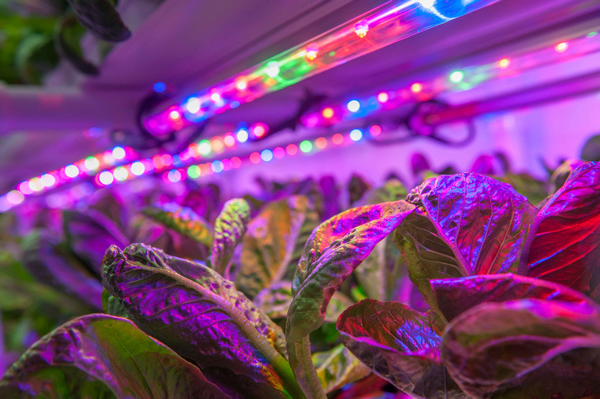 Selling growing systems
ColdAcre also continues to sell prefabricated and custom growing systems for clients through Canada’s northwestern region. While the company began with CropBox and has had success doing so, ColdAcre has found that its clients typically require more customization. Moreover, working with an American company has subjected ColdAcre to a higher degree of volatility with respect to changes in the dollar and availability of equipment, according to Carl.

With respect to its technology, Carl also explained that ColdAcre’s technology “is not necessarily unique, but that the skillset and assembly is. In the Yukon, we face the challenge of growing lettuce when it’s 40°C outside in the summer or down to -53°C. We address these extremes using high-tech and smart-tech solutions. We customize the whole management and contingency for potential crises specific to a client or area.”

Consultation and active learning
ColdAcre has also committed to providing consultation and pathfinding services to growers regardless of whether the grower is using a ColdAcre system or not. As Carl explains, “we think that our growing challenge are everyone’s challenges so if we can solve ours, we’d like to share.”

ColdAcre also has multiple research partners throughout northern Canada and while the projects are generally northern-based, the results have applications in various settings. 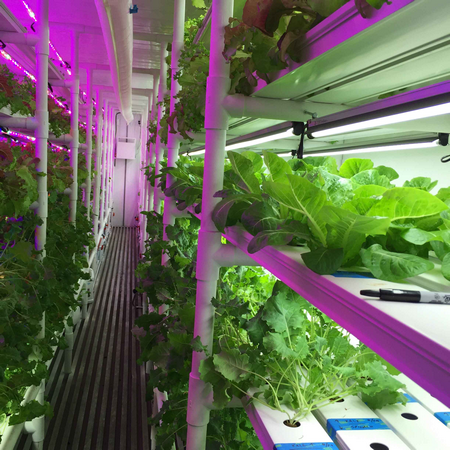 2020 and 2021 at a glance
In all four pillars, ColdAcre has reported increased interest in the past year. The fragility of Yukon’s food system was heightened by the COVID-19 pandemic and ensuing supply chain disruptions. As such, the interest in local food production and stabilized food system has surged in the territory. ColdAcre’s production has been sold out since October 2019 and the company will be tripling its production in the coming months. According to Carl, ColdAcre’s proximity to market channels allows the company to compete with imported commodities from California and Mexico and demand a reasonable premium. Similarly, the company is reportedly experiencing an increased demand for its systems for residential, office, and educational purposes.

Most recently, ColdAcre shipped a 53-foot container farm to Inuvik, a community in the Arctic Circle and whose community greenhouse will use the shipping container to produce fresh produce year-round.