Oishii: “We’ll be launching our everyday berry which will be much more accessible”

“One of the core problems related to strawberries in the United States is that almost 90% of them are produced in California and need to be shipped across the country. Strawberries have been engineered to be resilient to this transportation, at the expense of quality and taste. With Oishii, it’s all about delivering a delicious tasting berry,” explains Brendan.

The company sells its CEA-grown strawberries at $50 a box, which counts eight strawberries. In the absence of vertical farming technology, the Omakase Berry grows only seasonally in the Japanese Alps, making it a prized fruit in Japanese cuisine.

Oishii is looking to bring a taste of the Japanese Alps to North America first, then globally. Based in New Jersey, Oishii is an indoor vertical farm that produces an artisanal Japanese strawberry variety called the Omakase Berry. According to Oishii’s website, the Omakase Berry is characterized by its rich aroma, sweetness, texture and seedless appearance. 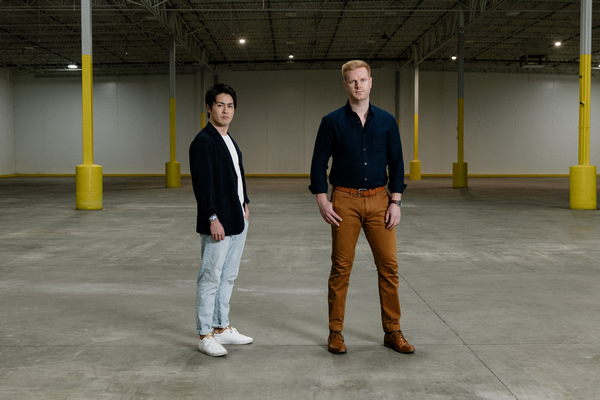 Goals for 2021 and beyond
In March 2021, the company announced that it had raised $50 million in Series A funding. This funding, according to Brendan, will mainly be put towards expansion and R&D. More specifically, Oishii is in the process of commercializing an everyday berry.

“The Omakase Berry is a special occasion berry; it is something to be savored. With our goal of becoming one of the largest strawberry growers in the world, we’ll be launching our everyday berry which will be much more accessible,” says Brendan.

Aside from commercializing an everyday berry, Oishii is also reportedly trialing a variety of crops in its R&D department, including peppers and tomatoes. This, according to Brendan, is in contrast to many vertical farms which begin more straightforward crops before progressing to strawberry production.

“For new entrants into the vertical farming industry, strawberries are rather complicated. Many vertical farms are currently producing leafy greens but are conducting research to enter the strawberry space. But we started with the toughest crop to grow indoors and became the first to produce it successfully at a large scale,” explains Brendan.

Brendan commented that a major key to Oishii’s success has been the company’s ability to leverage a significant amount of expertise from the Japanese greenhouse and vertical farming industry. Brendan says that combining this expertise with Oishii’s extensive R&D efforts has allowed the company to avoid typical missteps made by vertical farms.

“By leveraging our expertise and having a robust R&D network, including our in-house research team, we’ve been able to deploy new technologies at a lower risk,” says Brendan.

Oishii was co-founded by Hiroki Koga (CEO) and Brendan Somerville (COO) in 2016 when the pair realized the market potential for superior strawberry varieties both in the United States and globally. As it stands, the majority of strawberries consumed in the United States are grown in California thus travel long distances before reaching the consumer.

Disease management is a crucial aspect of strawberry production, both in hydroponic and soil-based systems. For vertical farms growing leafy greens and short-cycle crops, pest and disease management is also a challenge but can be mitigated by the crops’ quick turnaround, according to Brendan. Comparatively, indoor strawberry production has a longer production cycle than typical indoor crops which can make any crop losses detrimental. Oishii managed pathogens through its proprietary technologies.

Finally, Oishii produces its Omakase Berry by recreating the environmental conditions in the Japanese Alps. These include light rain, a cool breeze, bright sunlight and the perfect temperature.

The company has reportedly perfected these conditions through years of research, which now allows Oishii to produce a once-seasonal fruit throughout the year without the use of agrochemicals. The cleanliness of the product is also one of Oishii’s foci, as strawberries are consistently listed among the Dirty Dozen, the list of the most pesticide-riddled crops. 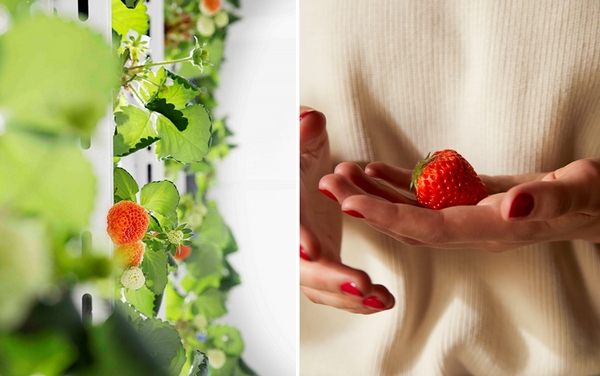 Market for premium strawberries
The Omakase Berry is currently distributed to restaurants, retailers, and direct sales, with delivery and pickup points in Manhattan and Brooklyn. However, the company’s mission to make high-quality strawberries available throughout the world will eventually mean establishing farms in different cities and countries. Oishii is reportedly looking into key metropolitan areas in the United States.

“We’re primarily selling to local markets in northern New Jersey and New York but are planning to roll out to new regions as well. Our long-term goal is to bring the best quality strawberries to consumers globally and become the largest strawberry grower in the world, providing a consistent quantity and quality at prices accessible to all consumers,” says Brendan.