Russia: “Our farming solutions are cheap, easy to install, operate and scale”

“Ever since the beginning I’ve been trying to drive down costs,” says Aleksey Aminov, Founder and CEO of City Crop. According to Aleksey, there’s a permanent economic crisis and stagnation in Russia, therefore many people are not able to take their daily dose of vitamins.

City Crop, a vertical farming equipment supplier is focusing on commercial indoor farms, installing and commissioning services. The first farm, constructed by City Crop in 2017, was in collaboration with a lab. Aleksey wanted to make use of a farming technique that allowed local production, delivering fresher and healthier fresh produce North-Russia. “At the time, nearly no one was active in vertical farming, so it became a great challenge for me,” says Aleksey. 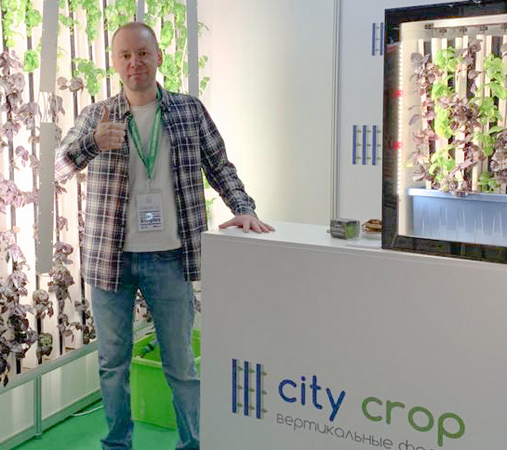 Aleksey explains that there are some greenhouses in Russia and the CIS countries, whereas the growing seasons are very short, especially in the Northern Russian regions and Siberia. The distance to ‘society’ is rather long and the population density is low, so fresh food logistics are very expensive. Unfortunately, most Russian towns can not eat many greens throughout the year because of the issue, with exception of large cities and the Southernmost regions.

“However, in the recent decade, there has been a trend towards healthy diets, including eating more vegetables. Therefore I think that small indoor farms next to the consumer is a great solution in such remote areas,” Aleksey affirms.

A simple, but efficient solution
City Crop started with a ZipGrow-like system and has completely rebuilt it over time, implementing their self-developed and patent-pending farming technology. City Crop recently constructed a 150m2 farm, which is mainly used to demonstrate farming operations to interested parties. Aleksey adds, “The pilot is a perfect way to show our proof of concept; offering high growing density, easy to maintain and monitor plant health. We can make farming even more productive, as we’ve accelerated seedling transplantation and the sanitation process of growing racks.”

Aleksey says that “City Crop simplified many farming processes and enabled to use way less material for its growing systems. Our equipment can be put on widespread pallet racks, reducing shipping- and installation costs, which tremendously helps to bring down costs.”

Research and development
City Crop is partnering with, according to Aleksey, one of the best Russian Agricultural Universities. This partnership allows the company to work with some of the newest growing techniques, exploring new crop varieties and introducing improved nutrient- and lighting solutions. “In this way, we can better support our clients in matters of indoor farming technology. Our farming solutions are cheap, easy to install, operate and scale,” Aleksey adds.

The company is currently rounding up its final R&D phase testing new growing techniques, nutrient solutions and lighting recipes. This year, City Crop is launching two new products for both the B2C and B2B markets. The main focus is on small- or medium-sized indoor farms, “as that’s most convenient in small towns,” says Aleksey. 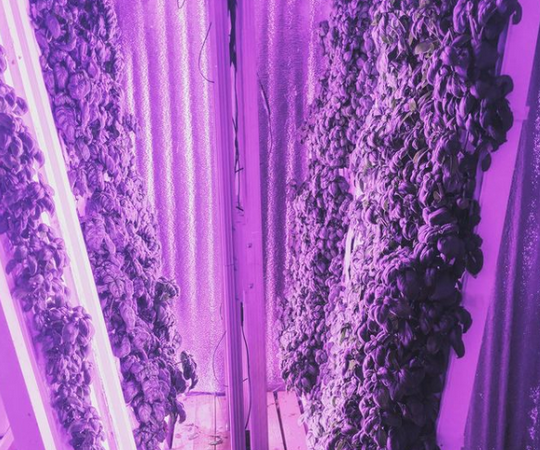 This year’s goals
Aleksey adds, “Our goal for 2021 is to look for local re-sellers in Russia and Commonwealth of Independent States (CIS) countries.” When being asked about future goals, Aleksey says to dream of launching a farm in Northern Europe, preferably Finland. However, for now, as the Moscow authorities subsidize participation in exhibitions abroad, I’d like to participate in some European agricultural exhibitions once it’s allowed again.”

Aleksey has been working in software development for most of his professional career. As he always has been farming passionate, he decided to experiment with indoor farming and built a small indoor farm at home. As for now, the company’s clientele is to be found in Russia and Kazakhstan. They’re also in negotiation with potential clients and partners in Ukraine and Belarus