Affinor Growers Inc. is nearly ready to plant its first seedlings and begin showcasing its vision of sustainable agriculture for a ten-year period. The company recently announced its lease agreement for a 15,000-square foot greenhouse.

The land is located in Abbotsford, British Columbia and is reportedly divided between a 15,000-square foot greenhouse operation and a 12,000-square foot composting facility. With the Canadian spring beginning its transition into summer, Affinor Growers Inc. is looking forward to planting its first crops in the greenhouse by July 2021. 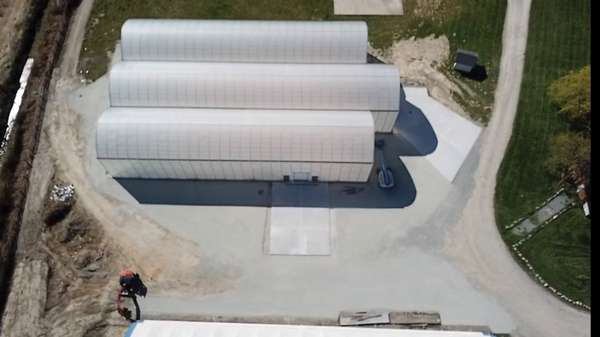 Cannabis cuts profit margins differences
According to CEO and founder Nick Brusatore, the greenhouse will use vertical production techniques to maximize space efficiency in the greenhouse. The company currently plans to grow strawberries under one greenhouse bay, romaine lettuce under another bay, and eventually have a craft cannabis operation in another section. Affinor Growers is currently building out and getting ready to submit its craft cannabis license application to Health Canada but is content to begin with food crops for the time being. As Nick explains, his main goal in growing cannabis is to showcase sustainable production techniques and to increase the profitability of the entire system. 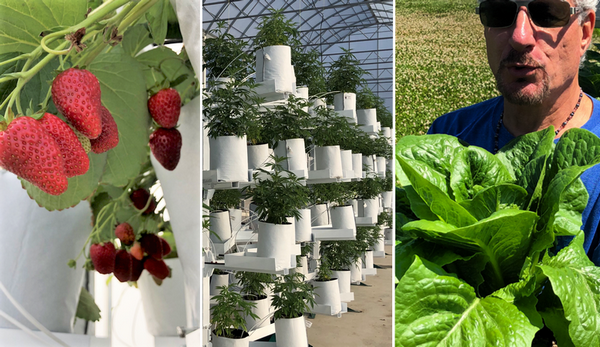 “We want to sustain our strawberry and romaine production, but food crops typically have lower margins. The high price of cannabis will allow us to grow even more strawberries and romaine lettuce by washing out the differences between profit margins. That way, we can deliver our products to the market at a good price and high quality.”

Greenhouse features
Continuing in its systems approach to agriculture, Affinor Growers Inc. also plans to reduce waste by composting organic materials and remediating its growing material. Altogether, the greenhouse and composting operation will allow the company to pursue its vision of high-quality, low-cost food production in a circular manner.

The greenhouse will also be completely automated, allowing the company to reduce labor costs by eliminating the need to move plants and materials manually. As Nick explains, the time between removing a crop from the greenhouse and replacing it with a new one takes a few minutes, as the plants are cut in the cooler and the soil replanted with new seedlings before being sent back into the greenhouse.

Entering Aruban market
While the 15,000-square foot greenhouse is located in British Columbia, the company is planning to take its vision into new markets and will begin with Aruba, according to Nick.

Nick explained that after having worked with the people and incorporating Vertical Designs Aruba VBA along with understanding the Country and Government needs after six years learning what is needed to mass-produce plant tissue, he has become attached to the country and has seen the need for circular farming systems. Affinor Growers Inc. will reportedly be building a farm near San Nicholas, in the southern region of Aruba. 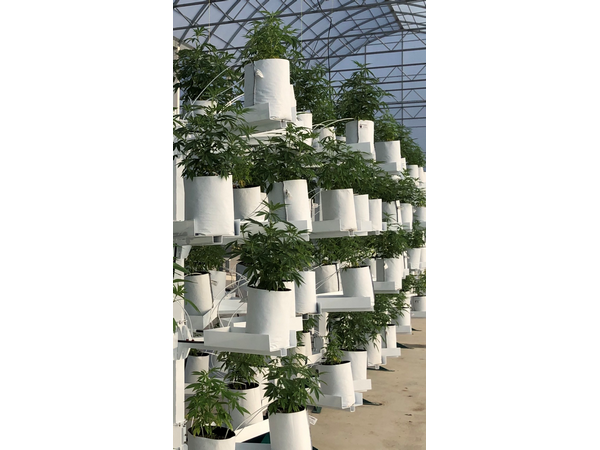 Affinor Growers Inc. wants to work with Arubans to provide good jobs and economic benefits to the area. If all goes as Nick hopes, this project and others like it could increase tourism on Aruba’s southern side. Nick also explained that cannabis production is a possibility pending success in licensing application once the country’s laws and licensing are complete, this strategic move that will benefit agricultural capabilities in the long-term through the construction of infrastructure.

“We figured we would grow cannabis because the demand s high, so we can easily build-out. As the cannabis demand settles down globally over the next 5-10 years, the industry will have paid for massive food infrastructure without the government or taxpayers paying for it. In Aruba, we’re going to take a lot of that profit to create food infrastructure,” says Nick.