"When we are doing this, we are relying on Swedish industrial expertise"

“We received the money in 2020 and built the factory in nine months, which will then be launched in three weeks. Roughly half of the facility will be used to grow vegetables while the remaining area includes processing, packaging and other facilities,” says co-founder Erik Lundgren. He also explained that when operating at full capacity, the farm will produce 60 tons of vegetables per month; the farm will be fully operational by the end of the summer.

After building its 7,000-square meter facility in nine months, Swedish indoor farm Ljusgårda is planning to launch in a matter of weeks. The farm is located in Tibro, Sweden and is committed to the year-round production of fresh vegetables in an eco-conscious manner. This includes using only renewable energy and delivering vegetables to the markets within 24 hours of their harvest.

The Ljusgårda difference
When asked what sets Ljusgårda apart in the vertical farming industry, co-founder Andreas Wilhelmsson explained that the company’s approach to sustainable growth is a major differentiator.

“Many growers begin by growing over 200 varieties but we’ve focused on a smaller number of crops in order to perfect our production methods. That kind of focus has helped us get the other parts of the business right, like distribution, sales and production,” explains Andreas.

Another difference, according to Erik, is the company’s focus on improving non-automated processes while the industry focuses on automation and robotics.

“Everyone is talking about artificial intelligence and automation but then they miss the elements that take a lot of labor, such as cleaning. We’ve been focusing as much on maintenance as all of the other operations of the farm. From the beginning, we have built processes for robotics but began with people, then automated it step-by-step,” says Erik. 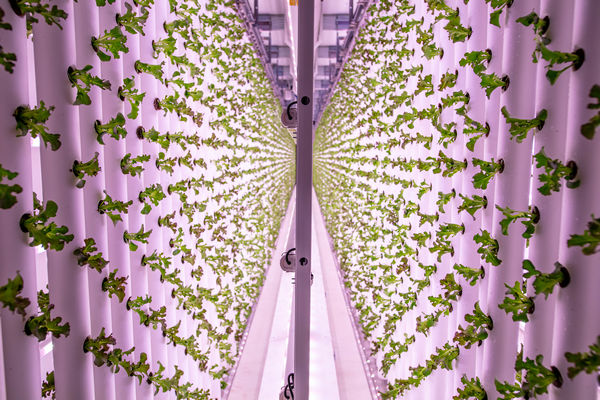 Leveraging Swedish expertise in manufacturing
Both Erik and Andreas attribute part of Ljusgårda’s success to the manufacturing expertise in and around Tibro, where the farm is located. According to Andreas, the region consists of 15 cities, 265,000 people and 800 manufacturing industries. Many of the companies are mid-sized or large, including Arla Foods and Volvo. The engrained industrial knowledge in the Tibro region has contributed to Ljusgårda’s success, according to Erik. While Tibro itself is a former manufacturing town, Andreas explains that the infrastructure left behind has made the city an ideal location for indoor farms.

“Our facility is in an old lumber factory. As a former manufacturing town, Tibro has good electrical infrastructure which is perfect for a vertical farm. There is a massive experience in building world-class automation and manufacturing companies. When we are doing this, we are relying on Swedish industrial expertise,” says Andreas.

Aside from good electrical infrastructure and industrial expertise, operational costs are relatively low in Tibro when compared to larger cities like Stockholm. Due to the high costs and limited space in large cities, Ljusgårda does not see itself expanding into major urban centers in the immediate future but plans to develop in strategic locations that allow the company to balance prices and logistics. 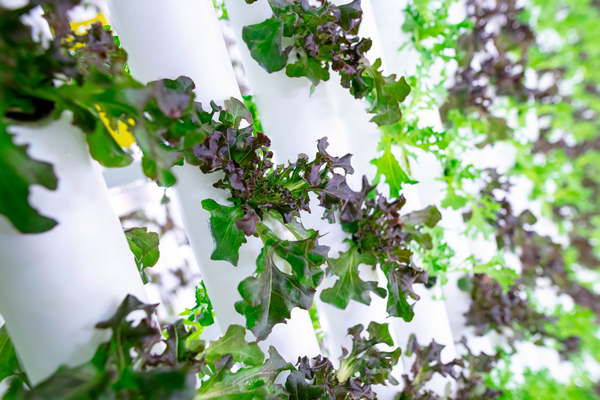 Beyond Swedish borders
Ljusgårda plans to build its next few farms within Sweden, then expand into other parts of Europe. As of now, the company is aiming to build a new 18.000 sq. m. growing facility in Tibro with an investment of SEK 200 million (€ 19,7 million). The construction will begin in the summer and commissioning is planned for the spring of 2022. The company has also been conducting feasibility studies in Dandora, a suburb of Nairobi. The purpose of the studies is to apply Ljusgårda’s knowledge to build indoor (sustainable hydroponic) farms in the region. Ljusgårda has finished its second feasibility study and is considering how to expand the work in the coming years.

Ljusgårda is reportedly quite competitive with imported produce, with a maximum price difference of 5-10% between Ljusgårda products and international imported products.