Winnipeg-based Conviron, a supplier of controlled environments for plant production, is pleased to announce the award of a major project involving the expansion of Medicago’s vaccine manufacturing facilities in Durham NC.

Medicago, a biopharmaceutical company headquartered in Quebec City, is moving forward in its participation in the fight against the COVID-19 pandemic by building additional infrastructure for the development and manufacturing of plant-derived vaccines – a process that produces a high volume of vaccine in shorter production timelines. 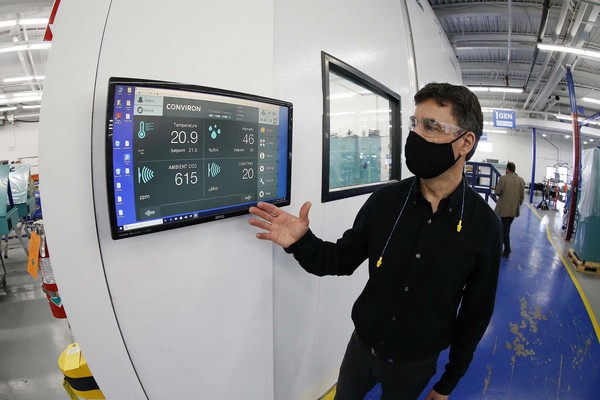 Located in the Research Triangle Park in North Carolina, the facility expansion features several customized controlled environmental rooms from Conviron, which are used in the manufacturing process for plant germination and plant expression of virus-like particles. Conviron’s sister company, Argus Controls, is providing the controls and automation of all the plant-growing spaces in the expanded facility. The decision to use Conviron stemmed from the relationship that started back in 2012, when Conviron first provided plant growth rooms to Medicago’s facility in Quebec.

Steve Kroft, Conviron’s CEO, shared “We are excited to be part of this important project. Our relationship with Medicago dates back many years and reflects our vision to support our clients with plant-growing technology that helps in the effort to protect human health”.

The facility expansion project is currently underway is expected to be completed later in 2021.