"Success of indoor farming no longer an if question but when"

Ahead of Indoor AgTech, Irving Fain, CEO & Founder at Bowery Farming discusses how we can rapidly grow the indoor farming sector through investment and controlled environment agriculture.

The indoor farming sector has gone from strength to strength and is set for another year of rapid growth. What progress has the industry made in the last 12 months?
There has been tremendous industry growth and capital injection in the sector in the past five to six years, with even more significant recent growth as COVID-19 and ongoing climate events like the St. Valentine Day storm in Texas that wiped out $600m in crops magnified the fragilities of the globalized food system. While retailers have always understood the dependencies of the larger food supply chain, the past year starkly highlighted how reliant we all are on other regions and countries to have the food we expect on the shelves whenever we walk into a store. 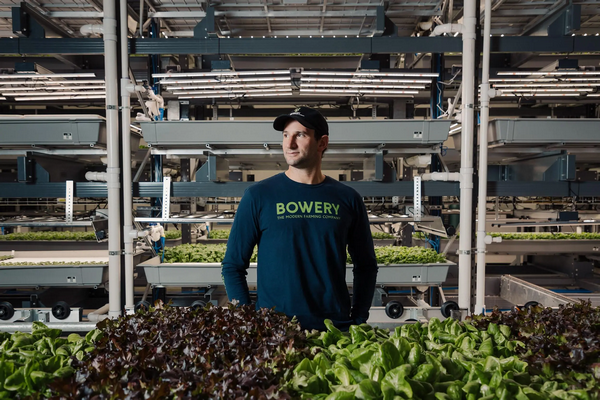 Fortunately, indoor farming is a powerful solution to enhance supply chain reliability. Retailers and investors are starting to realize that the proliferation and success of indoor farming is no longer an “if” question, but rather a question of “when”. The ability for us at Bowery to deliver Protected Produce, year-round, locally that’s also pesticide-free, has been a consumer trend that’s been building for a while. Now we know that reliable sources of local food, like what we’re growing at Bowery, will become increasingly important as climate events continue to disrupt the way in which food is grown and distributed, and that has only been accelerated in the past year.

What is the growth opportunity for CEA in the US and globally?
Let’s start with the macro trends. The United Nations estimates that there will be 9-10 billion people on Earth by 2050. That means we are going to have to grow more food in the next 30 years than we have in the last 10,000. The world also continues to urbanize, and in that same time span, 70% of the population will be living in cities. In 2018, there were the most foodborne illness outbreaks in the U.S. in more than a decade, and that trend is only continuing, further propelled by climate change. One in ten people fall ill every year globally from foodborne outbreaks, and the USDA estimates that foodborne illnesses cost almost $16 billion each year. Additionally, consumers are increasingly demanding more transparency in their food, asking questions like “how is my food grown or made?” This is all to say that our existing fresh food supply chain is already stretched extremely thin, and is going to be challenged to support the needs of our growing population in the near future, all while doing so in a way that does not damage our planet further.

Now to be clear, to solve a problem of this scope and scale we’re going to need to rely on a number of solutions, and CEA is far from the only arrow in our quiver. But there’s no question that it’s going to be an important part of the future agricultural system. Vertical farming has not yet reached even national scale and is only a small part of the crop set that we rely on daily. But that is how every new and important trend begins. Already today, there are $1 trillion worth of crops in the world that are strong candidates for indoor vertical farming, and $100B in the United States alone. If you account for the growth in population over the next 30 years as well as the shift away from high grain-dominated diets as populations across the world become wealthier, this market figure will likely double. We are truly at just the beginning. 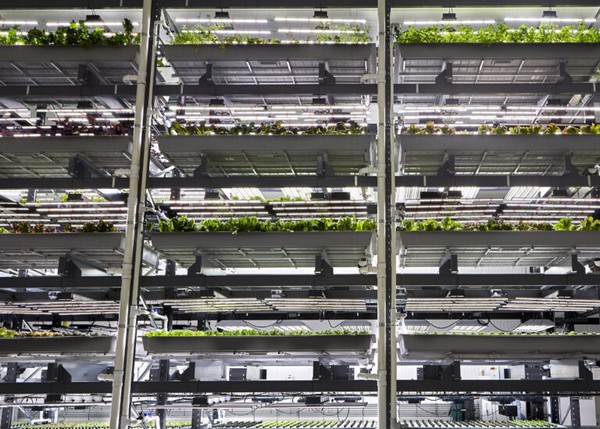 We are going to also watch CEA become a much bigger part of international food policy and individual national focus, as climate change makes food supply an increasingly important national security concern. Many countries in the Middle East, for instance, import 90% of their food. Singapore has a government initiative to make 30% of their national food supply Singapore-grown by 2030. The only way to do this is by creating novel ways of growing and producing food, which is why the Singapore government has been so active in investing in agtech companies. The same goes with other areas of the world where farmland has been polluted or destroyed. If we look at the Netherlands, we can see a glimpse into the future where nations with lower access to arable farmland are still able to produce the food they need. The country has been at the forefront of greenhouse technology for the last 30+ years, and as a result has transformed into a net exporter of food. It’s an incredible transformation and shows the power of technology for countries without plentiful arable farmland.

As we look to invest in the future of agriculture, how is capital being redistributed into new forms of food production?
We’re seeing distribution of capital all over the food supply chain and across agricultural production at a rapidly increasing rate. It’s an exciting time to be an entrepreneur in food! The venture and early-stage investing landscape is looking deeply at new forms of food and agriculture, which is an evolution from where dollars were flowing only five to seven years ago. When I started Bowery, there were very few companies in agriculture investing. People would talk about Climate Corp. or Blue River Technology, but the conversation quickly got quieter from there. This has changed for the better.

As for where exactly capital is being deployed, we’re seeing meaningful investment not only in indoor farming, but also in new technologies to improve outdoor farming. For example, verticals such as precision agriculture, or soil microbiome-generated fertilizers, tools for measuring soil health, smarter irrigation, biopesticides, and ag-specific robotics are receiving significant attention. And that’s not even touching on the wave of meat alternatives we’re seeing in the market. While the headlines of today are focused on plant-based alternatives to meat like Impossible and Beyond Meat, the headlines we’ll be seeing more of will be those focused on mycelium-based meat alternatives and cell-grown meat.

There is a broader trend going on here. We are entering into a new, tech-driven, industrial revolution, but one defined by climate technology focused on rethinking our entire economy for a more sustainable future. Investors increasingly understand not only that the world is heading in this direction, but that this shift toward climate-focused technology will create many valuable companies. Agriculture and food are key pillars of this new future.