Lots of potential for CEA-grown chilies

“We offer all kinds of CEA solutions to provide fresh vegetables to local communities," says Gerard Lim, CEO at Agroz Group. "Especially in Malaysia, some of our farmers in the highlands are exporting all A quality vegetables to neighboring countries. Therefore, here in the lowlands, we’re nearly importing everything from overseas. Everyone is doing it for their own economic benefits, so it's nobody’s fault. That’s why Agroz Group is trying to create food safety and food security here, ensuring locally grown vegetables in a sustainable way." 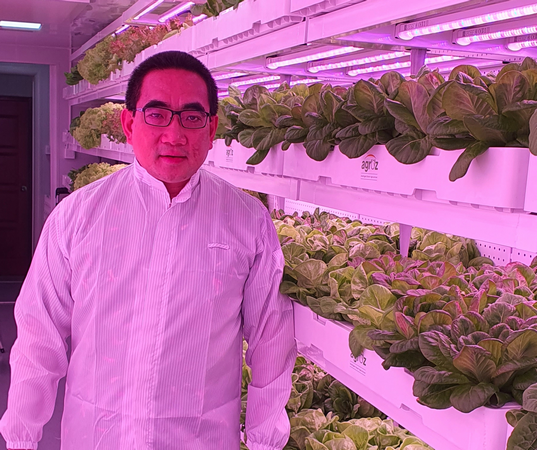 Intriguing cultivation requests
Gerard says that the company has been receiving requests to look into ginger production. A few days before, mushroom cultivation was mentioned. “I have been looking into chili farming because I’ve got a background in smart farming there,” Gerard notes. Before he started focusing on leafy greens and kale, Gerard was working on fertigation systems that improved crop yield and quality. After many tests, the results were received surprisingly well. The chilies were notable for chili sauce production given their consistency. The product is heavily imported and only narrowly produced domestically, according to Gerard.

“Therefore, we’ve made a solution for growing chilies in a controlled environment using LEDs. One of the next things we’ll be growing indoors are melons and cucumbers,” Gerard notes. He says that the products can be grown in a similar system as the chilies as it uses the same fertigation and lighting. “Although we’re trialing with melons and cucumbers, our goal is to obtain a faster ROI.” Agroz Group would rather be growing something with added value and therefore lays its focus on chili as of now. CEA growing would make the most sense as the plants attract all kinds of diseases and insects. The chilies will either be stacked in three different layers, given they’re quite tall plants. “It’s definitely worth trying,” Gerard adds.

Scaling up
Agroz Group has built a 930m2 Selangor-based farm, in the outskirts of Kuala Lumpur. Gerard explains that the farm will soon be scaled up to 2790m2 to fulfill the needs of the mid-and upper end of the population. It’s 30 minutes away from a one million inhabitants city. To begin with, the farm will offer leafy greens, kale and herbs serving the upper of the market. The next phase is around the fourth quarter of the year, the farm will be upscaled to 9290m2. The farm contains three different farms with one single floor space of approximately 2790m2 each.

Interest from many different corners
As demand for vertical farming has risen in general, Agroz Group has seen a significant increase in requests as well. All kinds of companies from many different backgrounds are looking into vertical farming. There are many Asian countries that are progressing. However, Agroz Group is one of the first to put money where the mouth is, gaining more traction. 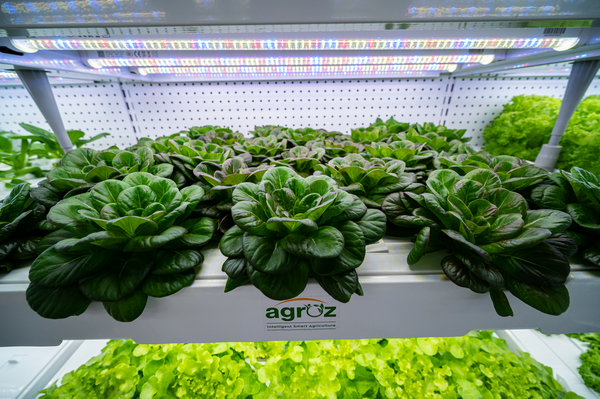 Not only has the company seen interest from companies wanting to invest in vertical farms but also an interest increase coming from customers. There’s a strong demand for fresh vegetables that are more clean and fresh. “It’s coming from the demand for discerning consumers. Individuals that are more aware about health and food quality. Partly, because there’s more healthy produce available. Secondly, a large part of the mid-upper class wasn't able to travel much during this pandemic and are now spending their money on quality fresh produce,” Gerard says.

The lockdown has definitely boosted demand, says Gerard, as everyone turned to home cooking. The demand was seen for a fact, as top-end groceries were doing really well. It could be seen that high-quality produce was selling much better. “In terms of, searching for better quality which came about as consumers weren’t able to spend their money on any leisure activities.”