FARNEK wants to be leading example with rooftop farm

UAE: "Perhaps one day we may be able to supply the surrounding communities"

“It was not unusual then for our team to identify rooftop potential,” says Ryan Mitchell, Worker Welfare Manager at Farnek. “We had seen the potential for similar applications on other client projects and so jumped at the opportunity to challenge ourselves, with our own building.”

The rooftop farm is the brainchild of Farnek’s CEO, Markus Oberlin. Markus truly believes in sustainability. He also believes in taking bold steps that move Farnek forward in ways that are representative of its core values, and that are beneficial to the staff and the wider community. The rooftop garden is able to produce over 3,000 leafy greens such as lettuce, coriander, kale and spinach, as well as tomatoes, cucumbers, eggplants, capsicums and chillies. 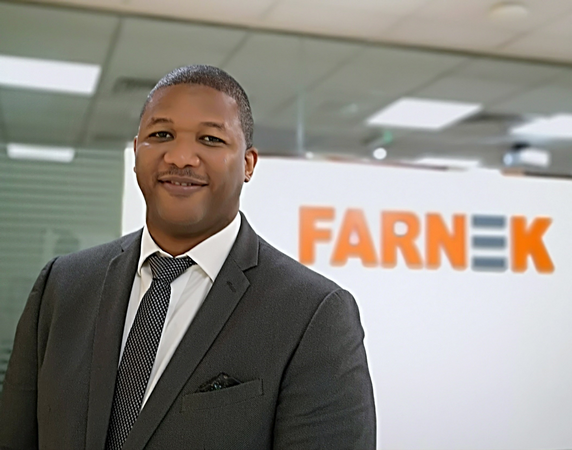 Outside challenges
“Our biggest challenge is almost certainly going to come during the summer months given it’s a period with the greatest heat intensity,” says Ryan. Conditions are harsh as temperatures outside can regularly soar above 50 degrees Celsius. The heatwave effect could also be devastating as there is direct, relentless exposure to sunlight. Ryan explains, however, that the shade structures and grow halls are designed to provide shade relief of over 50% of the direct sunlight in the shaded area.

The network of pipes and misting sprays are configured to create a micro-climate inside the grow hall with temperatures and humidity much lower than outside. This micro-climate can be regulated by manipulating the frequency and duration of the mist cycles as well as the inlet temperatures of the water feeding the misting nozzles. In this way we can maintain a suitable environment that is conducive to the growth and development of the respective plants, even in harsh external conditions.

The germination process is carried out in a climate-controlled nursery, under a pre-programmed cycle of illumination under LED lights. Ryan explained that being in the UAE with average sunshine of around 300 hours a month, no additional lighting is used outside. 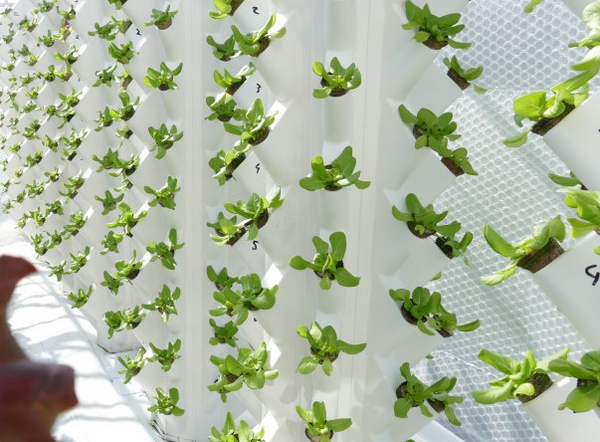 Initial idea
Farnek provides sustainable and technology-driven facility management solutions for its clients. Therefore, sustainability was naturally a central focus of the building, from concept to design. From the use of skylights to capture and channel natural light even down to the basement, to the use of LED lights and high-efficiency HVAC components.

According to Ryan, the rooftop is the only suitable usable space available in the property for the urban farm. Densely populated urban and industrial areas such as Jebel Ali are notoriously sparse with very little vegetation or plants. This is noticeable amongst the staff accommodation buildings, warehouses, commercial and industrial spaces.

With this project, Farnek aims to demonstrate that urban, semi-urban and industrial developments can still be used to grow plants and open greenspaces. “This could help to improve the outdoor air quality in these areas. Perhaps one day we may be able to supply the surrounding communities with fresh, sustainably grown, produce,” says Ryan. 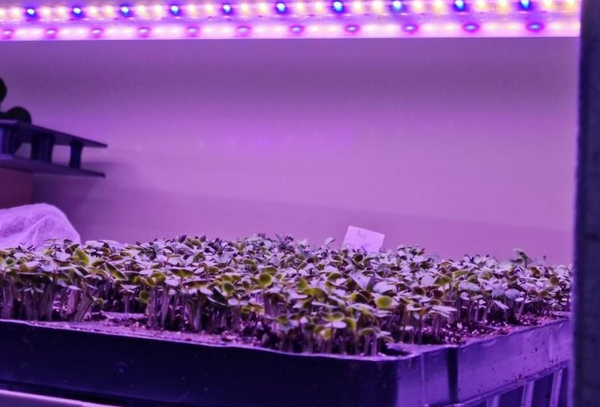 Matching pieces
After conducting a great deal of research into pioneering and executing this type of project, Urbanponics stood out for Farnek to collaborate with. “They’re having the right combination of expertise, in various climates and conditions,” adds Ryan. The company has managed similar projects in Singapore, Thailand, South Africa, Colombia, Uzbekistan and the Netherlands.

“Their passion for this mode of full-spectrum farming using smart but simple, low tech growing methods was particularly attractive. Many other more complicated, more sophisticated models exist, but we were attracted to the challenge of doing this in a way that can be easily managed and replicated in similar spaces,” Ryan affirms.

Leading example
Ryan says that Farnek recently built and occupied a new state-of-the-art facility in Jebel Ali, Dubai. “We wanted to highlight our commitment as a smart and green facility management company in the UAE. This serves as a unique project and we would encourage other building owners in the UAE to try and emulate our success. The knock-on effects of this will hopefully be significant for agriculture and alternative farming techniques in the Gulf region,” Ryan notes.

Farnek’s workers were involved in the planning and execution of the project. Farnek’s own technicians supporting the greenhouse design engineering to apply the structures, and program. “We hope to be able to add value to our workers’ experiences by introducing new marketable skill sets for those who are interested,” Ryan claims. 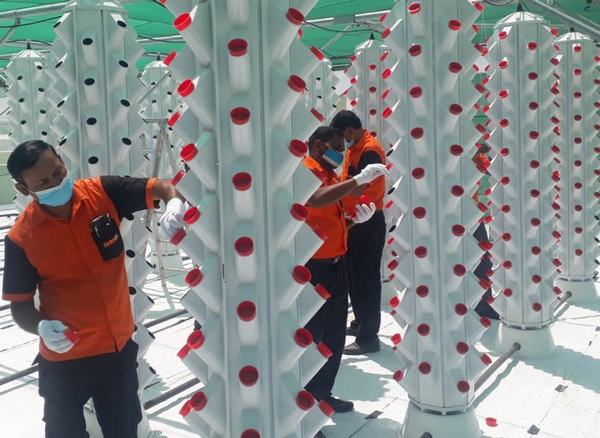 Ryan explains that as they got further along in the planning and execution of the rooftop farm, the company quickly realized that if it were successful, over time, this could be financially sustainable. “We might be able to sell the produce to our in-house caterer and others throughout the community,” says Ryan. Thereby, if Farnek was generating sufficient revenue to offset the operational costs and turn a modest profit, which could be reinvested into the project or other social programs.