N.THING has recently made a contract with Sarya Holdings of the U.A.E. on building vertical farms valued at three million US dollars. This is the first contract that a Korean company made. The korea-based company, N.THING successfully completed a Proof of Concept (PoC) process in the U.A.E.

“I’m very pleased that our company successfully completed the PoC process for our technology that provides the best environment for cultivating crops," Leo Kim, the C.E.O. of N.THING, said. "Just not being limited to regions and harsh climate conditions, as well as its marketability. We also see this as an opportunity to contribute to guaranteeing food security in the Middle East, and we are going to do our best to develop relevant technologies as their supportive partner.”

This contract has allowed N.THING to export its CUBE, a modular container vertical farm, in the amount of three million US dollars as well as has established a foothold for the company to discuss a larger agreement to set up more vertical farms in the U.A.E. by December this year. Additional discussions for the expansion will be held starting June. The N.THING CUBE is a modularized container vertical farm for hydroponic smart farming, which fully controls the growing environment, growth duration, and product quality with IoT technology and dedicated OS. 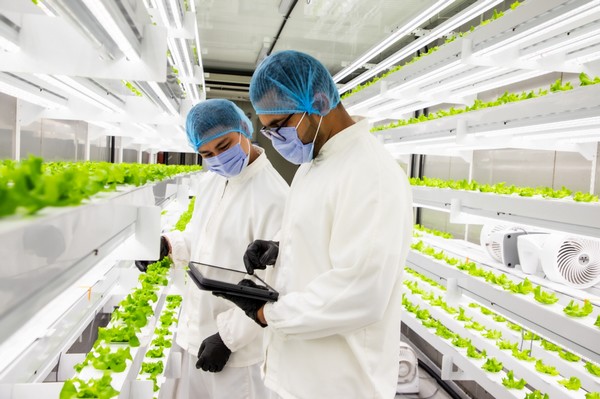 In February 2020, Sarya Holdings created its own task force to implement a PoC process for the N.THING’s technology across the board. It planted four different vegetables such as Batavia, kale, Boston lettuce, and oakleaf in eight test containers and checked their growth cycles, nutrients and quality, the level of completion of CUBE OS, and its suitability for growing plants.

This PoC process revealed that the container vertical farms built in the U.A.E. have a capacity to produce crops up to 12 tons annually. Besides, as the N.THING CUBE successfully harvested an average of 200 grams of crops, which was far beyond the initial goal to produce 140 grams of crops for each plant, it is said that N.THING received a lot of attention from local companies for its technology and crop yield.