“The goal is to have the first crops in the system in August of this year,” Zeman said. “It’s going to take a pretty serious pull from everyone involved to get us there.” Whereas traditional agriculture grows in outdoor fields or gardens, Interius Farms uses hydroponics and vertical farming to grow plants indoors, offering a climate-controlled environment and artificial lighting in place of sunlight.

A Canadian company is pioneering new technology for growing produce indoors, utilizing hydroponics to provide year-round, cost-effective food production. Interius Farms, based in Montreal, developed the innovative system as a means to localize agriculture in a country where fresh produce is imported at least seven months a year from other parts of the U.S. and North America.

Founded in 2018 by longtime friends Jonnie Lawson and Tristan Zeman, the company is taking vertical farming to the next level with its 8-foot rotating rack design—exposing plants to a single light fixture saving on both space and energy demand. 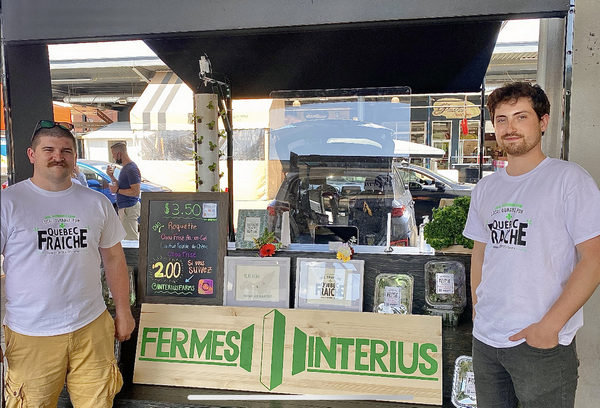 More efficiency
While the project is currently in its beta stage, Interius Farms is ambitiously ramping up to commercial scale, moving into a 14,000-square-foot facility to grow leafy greens, including lettuce, kale, cilantro, parsley and basil.

The rotating rack eliminates the need for additional lighting systems, maximizing energy efficiency. Zeman said the system requires 40-80% less lighting and 92% less land than traditional agriculture. The original proof of concept was done in the corner of Zeman’s Chicago apartment. Now, he said they are zeroing in on a commercial facility where Interius Farms can grow a significant amount of food. “5,000 square feet of growing space produces over a million heads of lettuce,” he said.

Growing with hydroponics is inherently more expensive, Zeman said, with higher costs of inputs. He knows they cannot compete on direct cost with field lettuce. However, where the technology proves especially valuable is how it insulates against seasonal price fluctuations of produce and other shocks in the supply chain, such as disease outbreaks and natural disasters in other parts of the world. 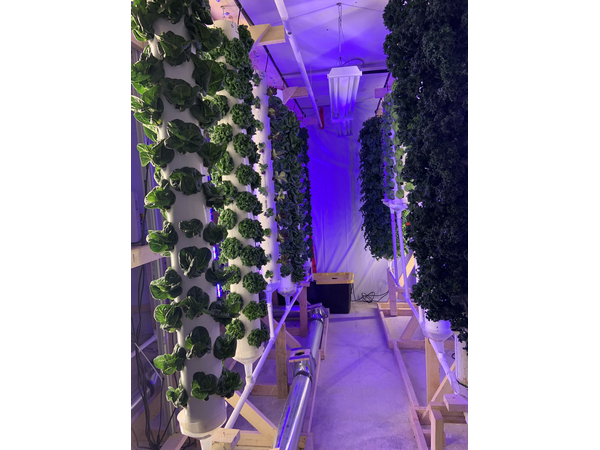 Collaboration
Interius Farms is also working with urban-gro, a Colorado-based company that focuses on engineering efficient and profitable controlled environment agriculture facilities. Though urban-gro is traditionally rooted in cannabis, the business is expanding its expertise to work with innovators in other areas of farming. “We are excited to be working with Interius Farms and their innovative and patented approach to growing fresh and sustainable foods for the Canadian market,” said Jim Dennedy, urban-gro’s president and chief operating officer.

The mission of Interius Farms, according to Zeman, is to localize Canadian agriculture through its platform. Buyers will have access to locally grown food even in harsh winter months while at the same time giving themselves an “insurance policy” against volatile prices caused by supply chain disruptions.

“We offer a fresher and more sustainable product, and we introduce price and business sustainability into the Canadian food market, especially in those import months,” Zeman said.

Seasonal fluctuations can increase the price of field lettuce by as much as 85% during the non-growing months, Zeman said. “When the vast majority of the Canadian supply chain in the winter is coming from the American Southwest, you’re very exposed, and you’re not getting very high-quality produce by the time it’s been shipped up here,” Zeman added. 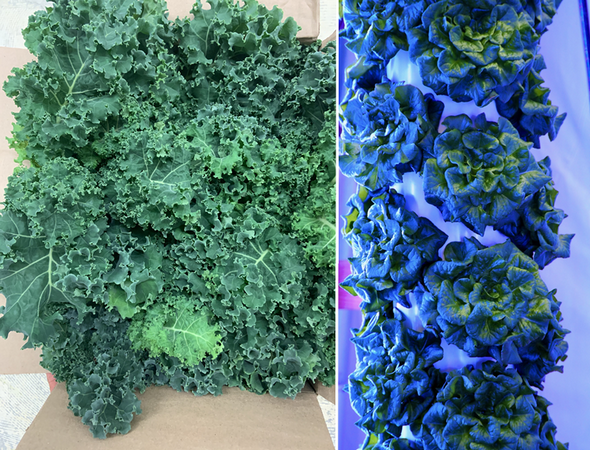 More control
Looking ahead, Zeman said he has heard from some consumers who question whether indoor agriculture produces healthy, natural food. That is a perception the company will battle, he said, though he points out Interius Farms can offer enhanced traceability with its design. “Everyone wants to know exactly where their food came from,” he said. “And we can tell you, from the seed, exactly what nutrients it has received. For every second of the plant’s life, we can tell you exactly what the plant has received, whereas if you’re in the field, many factors are out of your control.”

Over the next six months, Zeman said Interius Farms and urban-gro will be joined at the hip, testing their commercial facility’s design, vendors, lighting fixtures and other options. “Through our engagement with urban-gro, we gain the advantage of supplementing our internal expertise with the urban-gro team that has spent decades working with complex systems. We can rely on urban-gro to guide us in developing the right solutions for our unique application. The ultimate goal is to be in that facility, to have that anchor customer—which we feel like we’re very close to having in place—and growing very soon in our first facility,” Zeman said.