“We really wanted to bring food production to the point of consumption, so we’re focused on embedding our farms in urban areas,” says Shannon O’Malley, CEO and co-founder of Florida-based container farming company, Brick Street Farms.

The company was founded by Shannon and her husband Bradley, who combined her expertise in electrical engineering with his background in software development to design their own shipping container farms. According to Shannon, a major differentiator of Brick Streets Farms is that the company manufactures and operates its own shipping container farms. 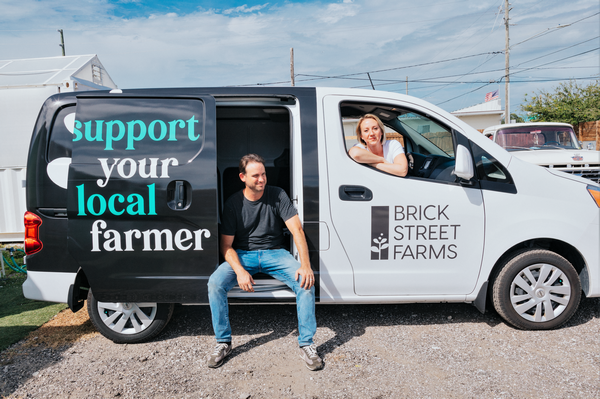 Brick Street Farms Hubs
Brick Street Farms has recently secured a significant investment from Lykes Brothers, which is reportedly one of the largest and longest-running private agricultural companies in the United States. During the official announcement last week, the financial investment will be used to aggressively expand Brick Street Farms hubs, which are the combination of container farms with a retail front in densely populated areas. 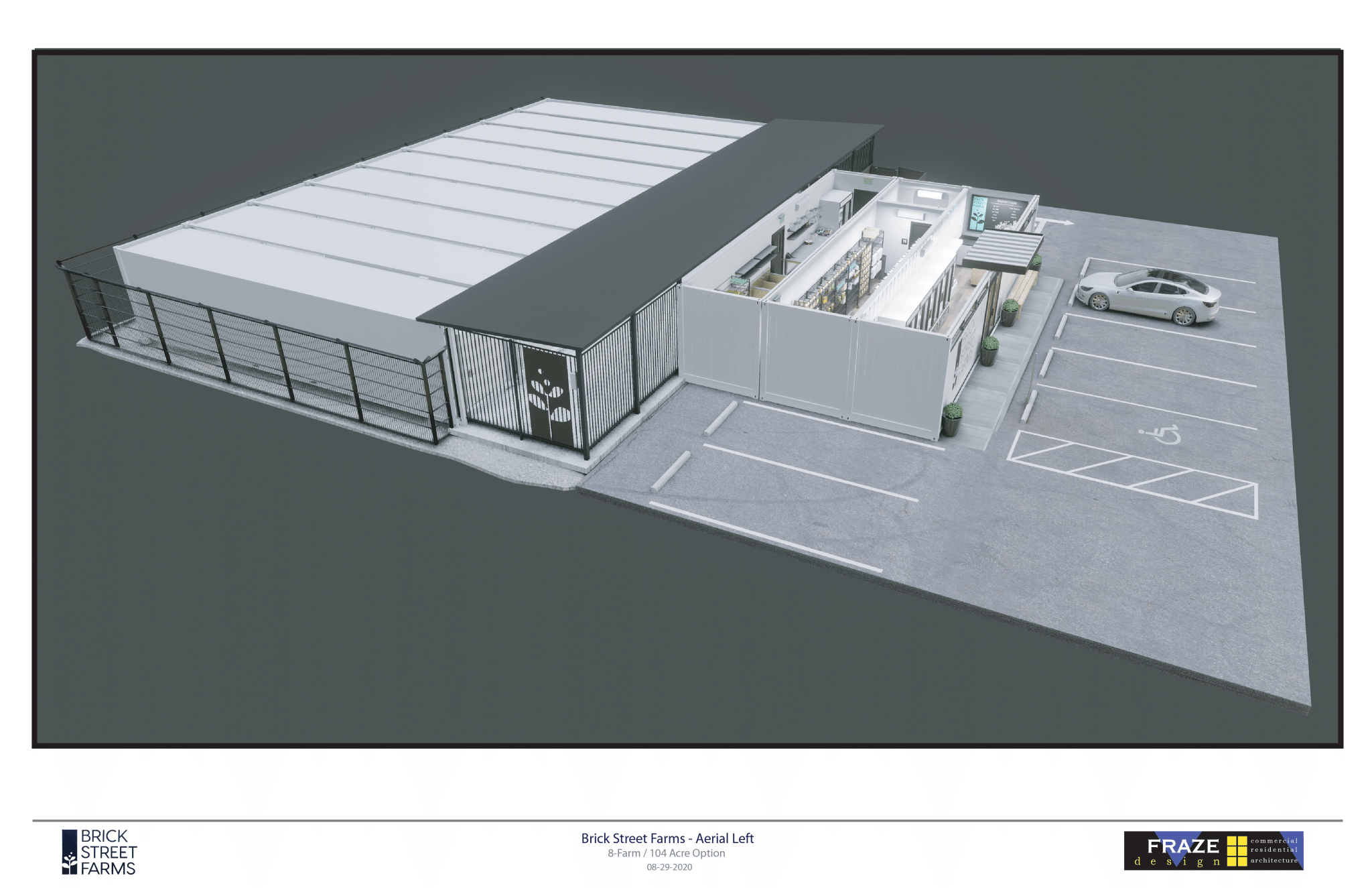 According to Shannon, this expansion will begin in west-central Florida then expand to the east coast. From these hubs, Brick Street Farms will also introduce home delivery and will support restaurant partners located within 50-100 miles of the hubs. Already in 272 Publix supermarkets, Brick Street Farms will continue this partnership and plans to expand into additional product categories.

“In the same month that Florida went into lockdown, grocery stores saw an incredible jump in demand so we were able to quickly pivot and provide our vegetables to grocery stores within a week. We are currently in 272 Publix stores and are working to expand into west-central Florida,” says Shannon. The state of Florida has since reopened and Brick Street Farms was able to bring back its previous accounts and sign new ones, according to Shannon. 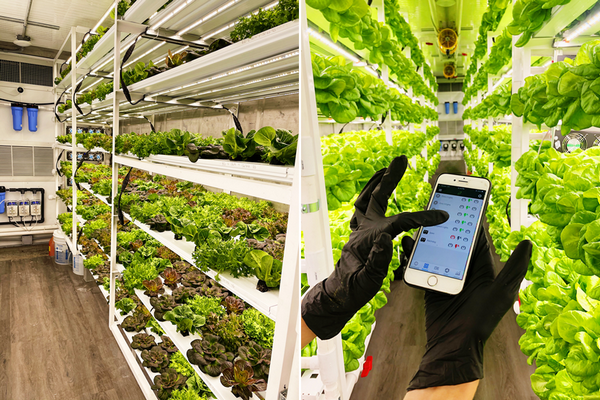 Brick Street Farms also has its own gourmet market located at the farm that is open six days per week. Consumers can shop either on-site or online, with contactless delivery available. Shannon also explains that the company has adopted a unique twist to community-supported agriculture. By subscribing to a farm membership, consumers receive a discount and support the recently approved non-profit, Desert Farms Foundation.

Thrive Containers
“Our containers are under the name Thrive Containers, which is wholly owned by Brick Street Farms. Our containers are the equivalent of 2-3 acres of traditional farmland. They use very little water, are energetically efficient, produce very little waste and use no chemicals. Since our products are wash-free, our customers get the benefits of long-lasting produce,” explains Shannon. 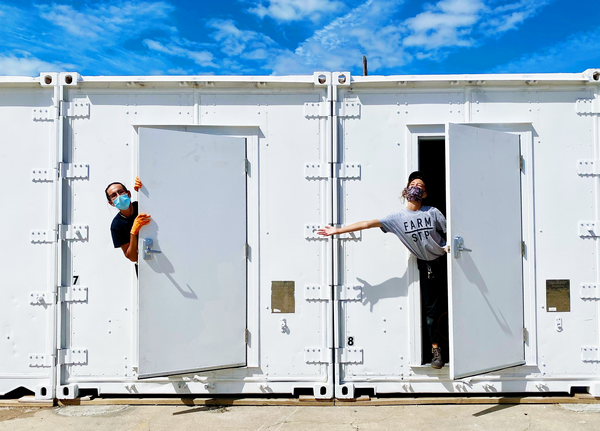 According to Shannon, Brick Street Farms is as much an agtech company as it is a farm operator. The company decided to establish Thrive Containers as its own entity within Brick Street Farms in order to differentiate between the food production and manufacturing aspect of the company. “When people see Brick Street Farms, we want them to think of butterhead lettuce, basil and our other vegetables,” notes Shannon.

Thrive Containers does not sell its container farms to third parties, but instead continuously improves the farm design for current and future installations. As Shannon explains, the company focuses on designing intelligent systems that can adjust to indoor and outdoor environmental conditions. Thrive containers have more than 120 sensors in and around the farm to monitor and respond to ambient temperature, humidity, carbon dioxide, vapor pressure deficit, etc.

Brick Street Farms and Thrive Containers work closely, with the engineers and designers having all undergone farmer training to ensure that the systems designed truly respond to the needs of Brick Street Farms’ growers. 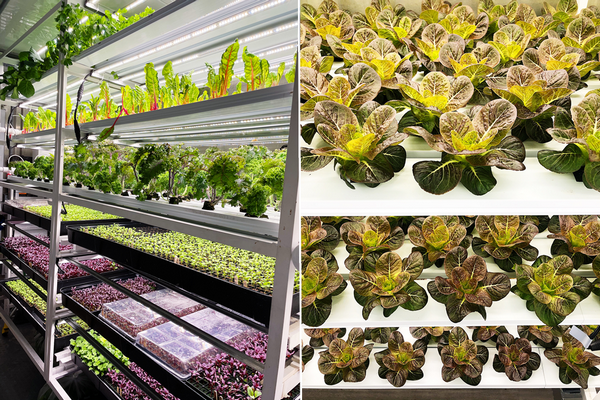 Why Florida?
While warm and sunny Florida may seem ideal for outdoor agriculture, Shannon explains that soil conditions make soil-based agriculture somewhat difficult. She says that Florida soils are rather degraded and sandy, lack nutrients and lack natural bacteria, meaning farmers need to spend significant time and effort on rebuilding soils. Also, water sources are highly saline because of our position at level, near the coast and with a low water table. Finally, the lack of winter makes it difficult to regulate pest cycles.