"doubling down our commitment in the US smart-agriculture market"

Havecon has expanded its sales team in North America to strengthen its ongoing business development efforts in the region. With a successful Canadian branch already up and running, Havecon is determined to add a local presence for its rapidly growing US customer base.

Justin comes to Havecon having spent the previous 3 years with Certhon, another greenhouse technology provider based in The Netherlands. He was hired from his last residence in Boston, Massachusetts and came to the Netherlands to become Certhon's first American employee, where he led the company's sales and business developments for the US market. His experience in the Netherlands has allowed him to learn from a variety of Dutch industry pioneers (growers, researchers, and technology providers) within the world of Controlled Environment Agriculture. In addition, Justin's track record working with a variety of different types of US growers gives him a strategic advantage in providing Havecon customers with a state-of-the-art, turnkey greenhouse solution. 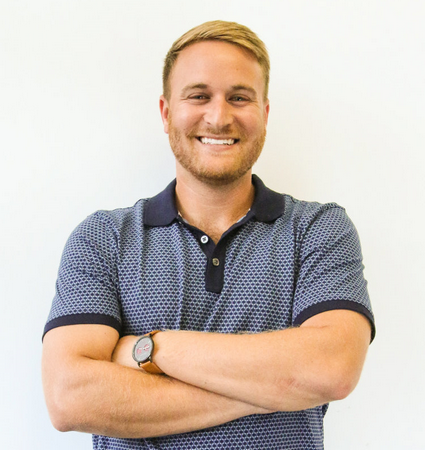 As Justin puts it, "Havecon has a major advantage in the US based on their proven track-record in engineering some of the largest (and most high-tech) greenhouses in the world. In addition, Havecon has a clear edge compared to its competitors in having a strong construction partner in the Voorwinden Group. This gives Havecon the potential to take on multiple, complex projects for customers. Most importantly, the priorities are clear for Havecon; having a strategic focus on both Europe and North America."

Justin will also be able to add value to Havecon's role within the Atrium Agri Group. In regard to the Atrium Agri Group, CEO Henk Verbakel previously mentioned, “We do not work without obligation, but with a firm commitment. Potential partners must have a recognizable product, a good reputation and a solid foundation. They must have a respectable client base. In addition, a shared vision of the future, willingness to share and innovate and the will to learn from each other are also essential elements. The current partners totally share this mission statement.”

Justin is joining Havecon right in the midst of a "smart-ag boom". Crops such as lettuce and soft fruits are in high-demand year-round and growers are looking for high-tech solutions to combat some of the difficult climate zones within the US. In addition, this boom is attributed to "smart-greenhouses" getting the attention of government entities, investment groups, and sustainability advocates. As Justin summarizes, "Havecon is on a mission to bring high-tech agriculture to a variety of areas within the United States and I look forward to showing these ambitious customers what Havecon has to offer."