Georgian vertical farming company SpaceFarms their product portfolio contains many different products such as salad greens, microgreens, herbs, and edible flowers. However, the company isn’t limiting itself to (leafy) greens only. “We’ve already grown three different grape varieties indoors because it’s a product we’re proud of here,” says Tusya Gharibashvili, Project author and CEO. Tusya explains that Georgia is quite famous for its wine and its first wine was discovered 8000 years ago, research showed.

When Tusya first heard about vertical farming, she imagined a new generation of high-tech farming in Georgia. “I was fascinated when I heard about the possibilities of growing crops indoors in urban areas. Unfortunately, there’s little agricultural production in Georgia and lots of produce is imported from other countries.” 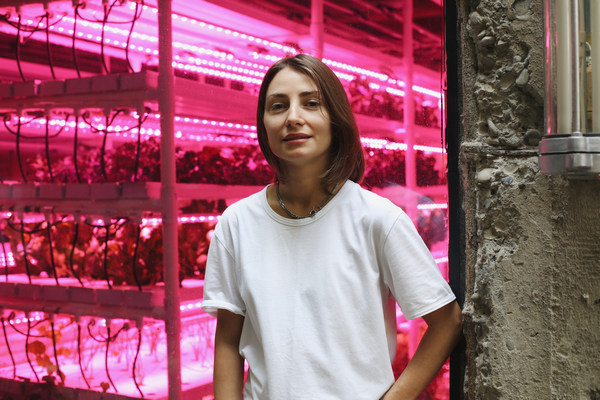 Crop trials
It’s important to us that we know how to enable grape cultivation indoors. Tusya noted they’re using cocopeat for the roots, and the results are promising thus far. “It gave us so much validation because we put so much effort into this and hopefully by rolling out more and more products, it will become more familiar to the Georgian (agri)culture,” Tusya affirms. Next to grapes, they’ve experimented with tomatoes and almond seedlings in a one-layer cultivar.

“We are now conducting strawberry trials so we still have supplied during the winter period. We’re constantly looking at opportunities for new crops to grow in our farm. We think it’s important to make people aware of the possibilities of growing in urban areas. We started experimenting with different crops in order to set the right growing parameters were.” 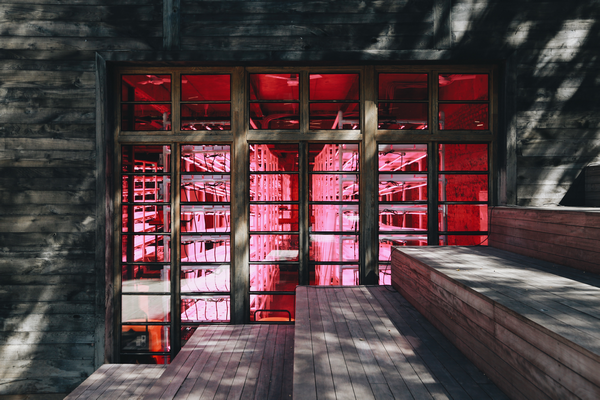 In 2017, Tusya started to dive into the concept of urban farming, together with her partner. Their first production facility comprised a 15 m2 cultivation area where various microgreens were grown. Produce was delivered to restaurants and other organizations in the catering sector. “It was something completely new for everyone and people were amazed by the concept of growing indoors.”

Government backing
After the initial success, Tusya started to follow up on more research in indoor vertical farming when she stumbled upon container growing. “After writing a motivation plan, I presented my ideas to Georgian investor to Mr. Temuri Ugulava the founder and the main driving force behind Adjara Group, decided to give it a try,” says Tusya.

At first, she started production inside a former Sovjet printing press building, now the award-winning Stamba Hotel., in order to supply fresh greens for the entire building. This was the first indoor farm space in Georgia. We had quite a tough time there, but with the help and support of Adjara Group, we made it through the first year.”

“It’s such a small effort, and yet such a big step towards sustainability. CEA growing is a great innovation that I think will change lots of the meaning of agriculture in combination with modern technology,” says Tusya.

Introducing modern agriculture
Space Farms collaborates with students from the University of Agriculture. The students are introduced to hands-on learning on the farm, from sowing to harvesting. Tusya says, “It’s a unique opportunity to have these students working on our farm, so they can get familiar with this new type of agriculture. In this way, we’re hoping to increase awareness on vertical farming throughout the country and eventually to neighboring countries.”

Next to running a farm, Spacefarms also working on a new project SpaceFarms spot, a farm growing kit that can be applied in any room. It’s the size of a fridge, which allows consumers or businesses to grow their own greens on location. “This will be something completely new in Georgia, so we hope to make a lasting impact. We might be a small country, but we can do big things with the help of technology. We’re backed by several programs from which we’ve received funding so we can further develop our Farm Pods,” adds Tusya.

Space Farms has received support from several programs. The programs are focusing on innovation and women in agriculture.