“Like with irrigation lines, the CO2 supply can be hard-piped into the cultivation room then injected directly into VAS’ plenum. When injected through VAS’ system, carbon dioxide is mixed into the airstream and delivered right above the canopy,” says James. 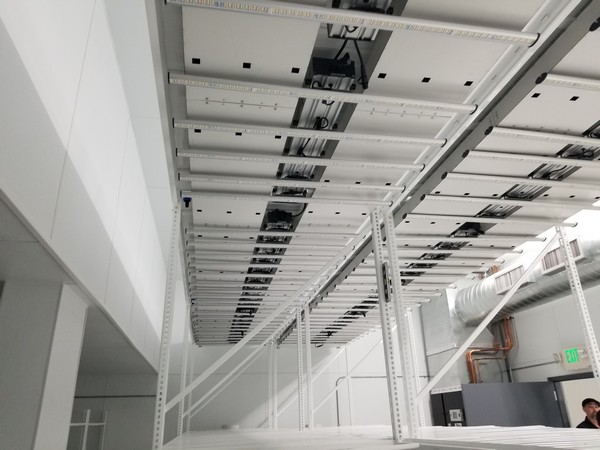 According to James, carbon dioxide enrichment and monitoring is particularly challenging in vertical farms because racks and trays impede air movement and stratifies the climate. Since carbon dioxide is heavier than air, it sinks to the lowest point in the room. By providing carbon dioxide inside each rack and close the canopy, CO2 delivery through VAS is ultra-efficient.

“Carbon dioxide spreads relatively quickly in a space which is hypothetically great for saturating a room, but installing racks and trays create impediments. It’s similar to trying to deliver conditioned air through all the barriers. With our low-profile ducting, VAS delivers air uniformly throughout the crop,” explains James. 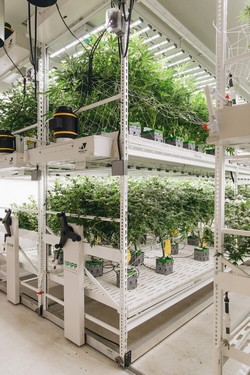 Continuing research and development
With Vertical Air Solutions having first been developed to meet the air circulation needs of Fog City Farms, a high-tech cannabis farm co-founded by James, VAS can continually test its products in real-life production settings.

“We are constantly walking the fine line between developing new technology while generating revenue,” says James.

Other than its in-house research, VAS has also been working to streamline its production processes to deal with rising material costs and continually optimize the system. James explains that VAS has been experiment with different plena, ducting design and whole system configuration to ensure client success and satisfaction.