With the goal to overcome agricultural challenges in Chile, the four partners and founders of UrbanaGrow decided to introduce a new solution of its kind. UrbanaGrow, a startup based in Santiago, Chile, developed a new modular farm model, with the option of two separate growing areas. The separation allows for two different growing environments for the greens.

Separate growing chambers
“Our main design motivators were that the system has to be good for the crops, and it has to be able to fit into everything,” says Eduardo Vasquez, CTO at UrbanaGrow. The separate rooms were chosen on purpose to be more flexible. Both rooms are completely sealed off which allows for two completely different growing environments. It’s ideal for testing several growing recipes for specific crops at the same time. Regarding the carbon footprint, UrbanaGrow makes use of solar energy to cover the overall energy consumption. 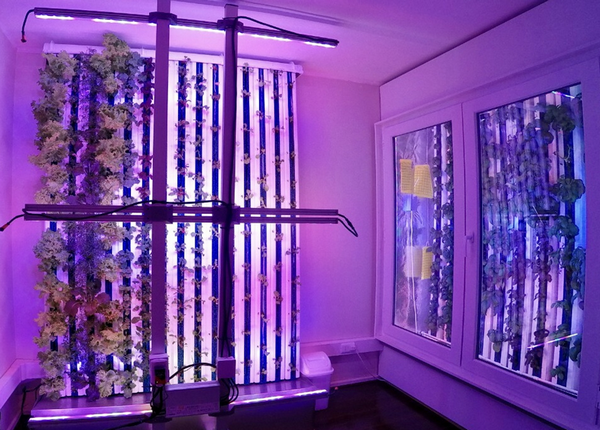 “Our technology allows us to reduce the water footprint to less than 10L per head of lettuce compared to the 237L per head in traditional Chilean agriculture,” says Eduardo. “We’re leaving an ecological footprint. As the farm is a modular solution, we can put it at the end of the supply chain. With our farm we can reproduce a growing cycle within a month, which enables us to have 12 cycles in a year, depending on the crop.

Today UrbanaGrow is working on a pilot with Fraunhofer Research Chile to set up a modular farm powered by solar energy to measure the ecological footprint of the system and compare how this method is more efficient at the same time than less harmful for the environment than traditional farming.

As many farmers are small-scale, there are lots of problems in terms of traceability and pesticide use. Therefore it’s rather intriguing to see that this modular solution opens doors for local leafy greens production in Chile. In 2020, the company was selected by Start-Up Chile, a public startup accelerator created by the Chilean Government. The program included a grant that allowed for the construction of a farm prototype. After construction, the farm was thoroughly tested by the team, allowing for the successful cultivation of several greens. 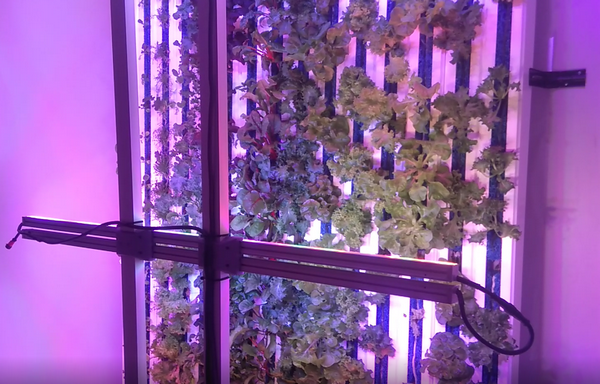 Rising concerns
Eduardo explains that “vertical farming is still a very new technology for Chile, but I believe the demand will increase given the drought. The drought is very worrying and food prices keep on rising every year.” Given Chile is rather a long country, it has lots of diverse nature, with the center as the main agricultural area. About 7 million people live in Santiago, where the most fertile land is found.

“However, unfortunately, farmland is quickly occupied or taken over by real estate projects. Therefore, every day is becoming more challenging to grow fresh produce. Next to that the prices are steadily increasing creating an opportunity to introduce new ways to carry out agriculture” affirms Maricruz Larrea, CEO at UrbanaGrow. 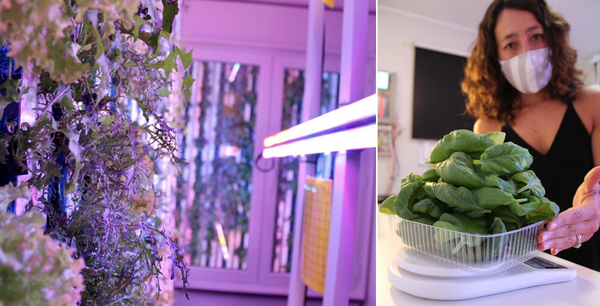 Maricruz Larrea showing off the produce

“That’s why we either have to move open field growing to a more suitable climate to make it more beneficial or introduce other solutions. Another option is to move to other places and transform nature into a cultivation area. Unfortunately, it’s a vicious cycle to promote these solutions. We live in a world with limited space and resources. Basil prices went up over 70% in the winter of 2020 compared to the one of 2019. I think we’re starting this project at the right time,” Maricruz says.

Juan Pablo, co-founder and main grower adds, “given the extreme weather in some extreme areas, it’s impossible to produce in places like Patagonia.” Patagonia is the vast southernmost tip of South America, shared by Argentina and Chile. The population is still in need of fresh produce, so this would be a great solution. “That’s where our solution comes into play, it's great for remote and population-dense areas where there’s lack of production,” says Maricruz. 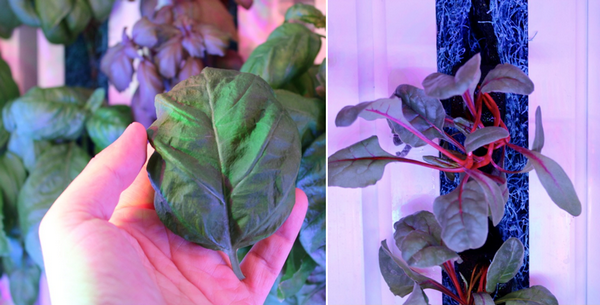 Some of the products that are cultivated inside the farm

Technological Package
Currently, the company is building a pilot inside a container farm, powered by solar energy. The team is in talks with other companies from different industries that could benefit from this solution to get more projects going.

UrbanaGrow offers technological packages that adapt to the needs of each client's production requirements on production potential and space available to install the farm.