Meteor Systems Canada will be strengthened by a new experienced management team who will continue and expand on the success of past years. The position of General Manager is held by Neil Quiring. He will take care of the sales activities and is responsible for the entire branch. He will be supported by the Dutch Marc Staring, for many in the horticultural industry a familiar face. The daily operational tasks will be the responsibility of Giuliana Rino.

The Management Team of the Meteor Group has done its utmost to select the most experienced people for this position and is convinced that Meteor Canada will be lifted to a new level. They thank Freddy Sarkis, former General Manager Meteor Horticultural Systems, for his ground-breaking work in the past years and wish him all the best in his future career. 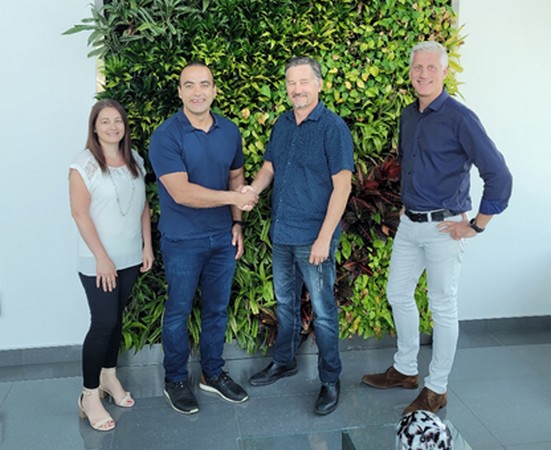 Neil Quiring says: “I have spent the better part of 25 years in the greenhouse industry for fresh vegetables and a few years in medical cannabis. I started as a laborer on a construction site, distributing tube rail stands and insulating transport mains for heating systems. Since that time, I have held different positions including site/project management, estimating, procurement, manufacturing, operation, and facility management. The companies I have worked for include South Essex Fabrication, Nature Fresh Farms, Thermo Energy Systems, and several Licensed LPs (including Tilray). For a while, I had my own company that was specialized in glass and poly custom turnkey greenhouses.

I am looking forward to starting this new adventure as part of the Meteor group. The opportunity to contribute to their continued growth and further development of the cultivation, irrigation and transport systems produced locally or imported for the North American market is what drives me. I am motivated to work with the team at Meteor Systems Canada. Freddy Sarkis has led a great company and I really appreciate that. Thank you, Freddy and I fully commit to continue your work successfully.”

Freddy Sarkis says: “It’s now been almost 13 years since I have started working with Meteor Systems. In this journey, I have built up amazing relationships with my colleagues, customers, and suppliers. I want to thank my team for always working hard and supporting me, none of this would have been possible without them. Being a Leamington native, it makes sense to continue to work in this industry I grew up in and learned to love. I would like to thank Meteor for all that I have learned and people I have met along the way.”