A ground-breaking way of producing food: with minimal water and land footprint and carbon negative operation. Vaxa Impact Nutrition is a high-tech company that offers a solution for converting energy into food (Energy to Food - E2F) in a more efficient way than previously known.

The project is the first of its kind in the world where high technology in continuous monitoring, data processing and automatic system adaptation is used to achieve maximum results in the cultivation of
microalgae, regardless of the type of algae without the use of pesticides or antibiotics. In order to provide the precise flow rate and save even more water in their production plant, Vaxa has installed BT-Maric constant flow valves. 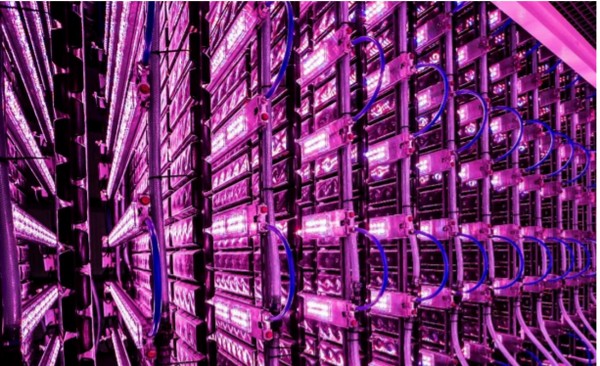 Vaxa impact Nutrition converts clean energy into food, producing the world most sustainable microalgae rich in Omega 3 and protein. In addition to which the operations are carbon-negative, i.e. converts more carbon dioxide into oxygen than is associated with the operation. Located in Iceland, the plant facility is integrated with one of the world’s largest geothermal plants, allowing to transform the waste outputs of the plant into sustainable resources for the production process. The use of clean energy and natural carbon emissions of the geothermal plant to produce microalgae, making the project fully sustainable and carbon negative.

According to the Vaxa manager, Kristinn said that” the basic reason for this project is that the founders realized that there will soon be not enough food to feed the whole world due to population growth and increased consumption of food per person. Today there is enough food, but the reason there is famine in some places is that we do not divide the food well enough. This is a global problem and the founders wanted to find a way to produce food in a new way.

Proteins
With this method, one kilogram of protein can be grown with 1500 times less soil and 500 times less water than what is needed to grow soybeans. It can be one of the keys to solving the world's food problems."

According to the paper “The Future of Feed: Integrating Technologies to Decouple Feed Production from Environmental Impacts” published on April 16th 2019 in the Industrial Biotechnology Vol. 15, No. 2, “population growth, an expanding middle class, and a global shift in dietary preferences have driven an enduring demand for animal products. Since animal products are playing a vital role in human diets, their consumption is predicted to increase further.

However, the great dependency of animal husbandry on global staple feed crop soybean, the environmental consequences of soybean production, and barriers for soy cropland expansion cast doubt on food system sustainability. The need to mitigate future demand for soy with other feed sources of similar nutritional profile, and thereby decouple food and feed production from ecological pressures, is compelling. “

“Food security is an urgent global problem. According to the United Nations, nearly one-seventh of the world's population, or one billion people, are regularly undernourished. By 2050, an additional two to three billion new guests will join the global dinner table. The food crisis is a matter of providing not only sufficient calories but also the protein and nutrients essential to good health. Fish provide an excellent source of balanced protein and omega-3 fatty acids, but meeting nutritional goals of the global population with marine species has become more difficult as the world's oceans have been depleted of fish and catches have declined since 1996. A simple question—where do fish get their essential omega-3 fatty acids from, and what is the carbon source of their protein?”

This paper analyses the reasons behind the global feed and food crisis and proposes looking toward marine microalgae as a solution. To read the full paper, click here.