Barriers to vertical farming (in Europe)

"Developing vertical farms in Europe is made challenging by the fact that there doesn’t exist the same distribution challenge as seen in the US," says Robert Colangelo, founder and CEO of Green Sense Farms. Taking lettuce as an example, 90% of lettuce is grown in Salinas, CA and Yuma, AZ and shipped across the country which can take up to five days. In contrast, high-quality produce is grown in the Netherlands at a low cost and can be shipped to most destinations within a day.

Further, Robert explains that in European regions on the fringe of this distribution system (for example, Nordic countries), it still can be challenging to implement profitable vertical farms because of the smaller populations spread across a large area and the high cost of labor to operate.

Unicorns
In this case, a unicorn represents a vertical farm company that has gone public either through an IPO or a SPAC and has a valuation of $1 billion and has either little or no revenue despite the fact that they are still perfecting their process and have not necessarily proven themselves. “There is so much capital chasing ideas in the sector that we’re seeing astronomical valuations, that does not make sense, creating a lot of hype in the market, says Robert. 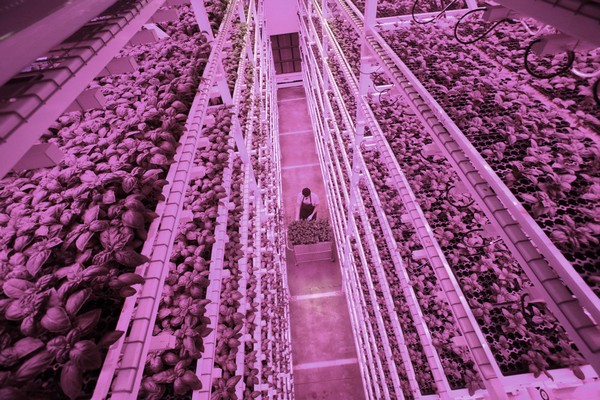 Cheerleaders
Acting Like Football Players Many people are providing consulting without having enough experience in the industry to do so. They may be good at marketing or social media and often provide superfluous advice that may take clients down the wrong path.

“There are few people that have built vertical farms, and gone through the whole process of to design, build and operate a farm, lesson that are hard-earned. This is a new industry “if you’re not failing, you’re not growing.” To succeed, get out and build/operate and learn from your mistakes. So, buyers beware when buying services or going into joint ventures. You need to do your due diligence,” Robert notes.

“If You Ain’t Dutch, You Ain’t much.”
While the Dutch have always been world leaders in horticulture technology and research, Robert explains that much of it has centered on greenhouse technology and that vertical farming is a quite different domain. Many Dutch industry leaders have been slow to embrace the vertical farming concept and it's a domain that is constantly evolving.

“The Dutch are great greenhouse growers but have been reticent to see the benefits with vertical farming, so we need to look to new powerhouses in our sector that can “think out of the greenhouse,” says Robert.

As Robert explains, building a vertical farm is not the difficult part; building a robust business model is. Vertical farming has the ability to produce high yields, year-round, on a small footprint, using less water. A good business model can leverage this technology to disrupt produce markets to grow high-quality produce at a lower price to the consumer with more revenue to the farmer.

“If you can put these farms near your customers, you cut out the logistics and the middle man by going directly from the farm to the customers. With the vertical farming industry now 10 years old were getting better at building farms but the key to having a successful farm is having a good business model,” says Robert.