'In indoor farming, food production is only the middle piece of the puzzle'

“Many of our cities are medieval and were built with green corridors for growing food,” says Jean-Patrick Scheepers, urban commercial specialist at Mycelium So we’re used to growing food nearby and have strong local agriculture sector. That’s very different in the US. The way he sees it, the US has become a leader in indoor farming because of the large distances between the country’s breadbaskets and the urban centers.

Jean Patrick Scheepers is a commercial engineer from Belgium who has been active in urban farming since 2013. As the founder of Peas and Love, Jean-Patrick helped established ten urban farms in Brussels and Paris whose mission was to reconnect citizens to nature by offering memberships that allow community members to access the urban farms, receive a portion of the harvest and access workshops. After doing that for seven years, Jean-Patrick sold the company to a French investor and went on to cofound Mycelium, a consultancy for urban and indoor farming.

The Mycelium difference
According to Jean-Patrick, Mycelium distinguishes itself from other consulting groups in three major ways. First, the Mycelium team has extensive experience in operating urban and indoor farms whereas other consultants have less experience in real-life farming and base recommendations on academic research experience. While Jean-Patrick has extensive experience in urban farming, cofounders Eric Dargent and Yishai Nissan have worked hands-on in indoor agriculture and agtech, respectively, since 2015.

“Many consultant and experts are academics or are far from the reality of the market. At Mycelium, we are hands-on entrepreneurs. All of us have run farms and know exactly what it entails,” Jean-Patrick explains.

He also says that Mycelium is technology-agnostic and not linked to a specific production system or equipment supplier. Finally, Mycelium is reportedly unique in that the company covers both urban farming and indoor farming. 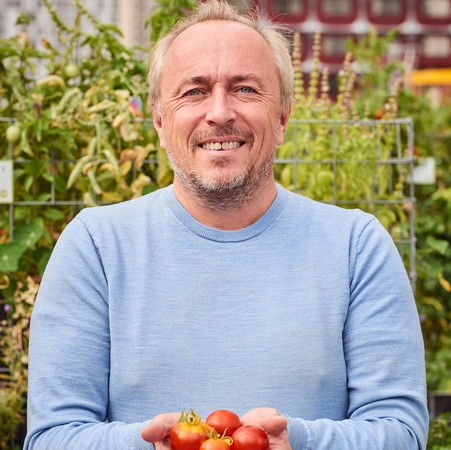 “In urban farming, there is so much that you need to consider from an ecological and social standpoint. And in indoor farming, food production is only the middle piece of the puzzle. You need to understand the technology and operations part too,” says Jean-Patrick.

Findings from the Mycelium report
Mycelium uses a three-step program with its clients, beginning with knowledge acquisition. During this step, Mycelium works to show its client the complexity and richness of the urban and/or indoor farming market. Mycelium has developed this knowledge base by conducting a year-long study on the different companies in the urban/indoor farming sector. The study evaluated companies based on 50 different criteria and sought to help stakeholders and project managers understand the industry.

According to Jean-Patrick, one of the major findings of the study was that the farm location is what creates the business model; the two are not independent.

“The farm location forces its operation. Whether on a rooftop, indoors or underground, you’re in a constrained and unique environment. There are many things that you can do in a rooftop farm that you can’t do underground, and vice versa. People often choose a business model without understanding that location is actually the main driver,” he says.

Taking underground farms as an example, Jean-Patrick explains that this business model is only really possible in Europe because of the presence of these infrastructures. Further, he notes that underground farms are typically in the middle of the city and have restricted access, meaning that many farms will target the closest markets available, such as restaurants.

Projects in the pipeline
Mycelium has a diverse project portfolio, with clients across France, Germany, Switzerland, Sweden, Belgium, the French Islands, etc. Upon its clients in urban farming is a city in southern France that is looking to elaborate an urban farming program in the city. Mycelium is also starting a collaboration with real estate developers to establish mixed-use developments that incorporate indoor and/or urban farming.