N.Thing on its Smart Acres collaboration:

Developing partnerships throughout the Middle East

“The time is now to go into agritech,” states Vishakh G. Nath, a farm operation manager at Smart Acres, a UAE-based vertical farming company. He explains that the industry is moving to a stage where technological innovation revolution mainly happens within agriculture. Smart Acres decided to join forces, to constantly be updated with the latest technologies optimizing the overload correction of processes, as Vishakh likes to put it.

“As we’re always looking for a partner to sell our crops and use our technology and solution, especially locally, we established a relationship with Smart Acres. Their needs fitted well into N.Thing’s technology and results and decided to go aboard with us,” says Harin Song, a general manager at N.Thing, a South Korean agri-tech company. 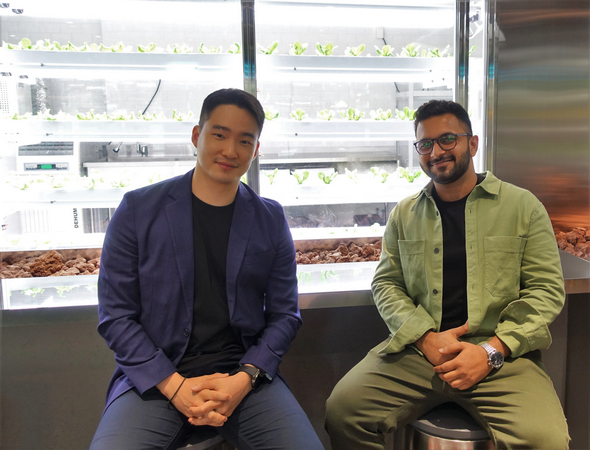 Merging businesses
Smart Acres is part of Sarya holdings which has several different businesses. Amongst other industries, the company is working in agritech, whereas Smart Acres is the vertical farming branch of the company. N.Thing is a Seoul-based agritech company that supplies Cubes (N.Thing's container farm) and sustainable farming solutions. “Smart Acres is a client and partner of ours, whereas we’re helping with their global business and facilities in Abu Dhabi and the UAE,” says Harin.

About two years ago, when Smart Acres started, the company was facing many climate challenges in the UAE. “We needed to take the next step, which would only succeed with a dedicated and efficient team, which we believe was N.Thing. Everything they are tending to do matches with our patterns,” says Vishakh. 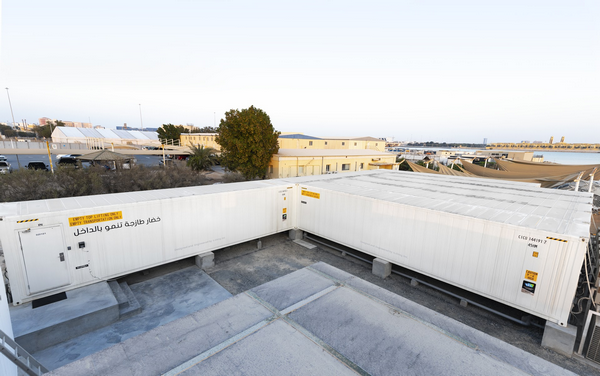 Not without hurdles
Inside the growing container, the climate and all conditions for the cultivation can be well maintained. It should not be below expectations, as in the beginning, they had a lot of problems with different microclimates, using a different container farm. Smart Acres didn’t have the right technology to produce optimally and sustainably.  The crop temperature wasn’t uniform. That’s why we're really focusing on quality, ensuring that we’d have a stable quality year-round. In the beginning,

In the UAE, the climate is harsher than in Seoul, explains Harin. In the beginning, N.Thing experienced quite some issues with their heating and cooling. Several hurdles arose, such as bad air circulation, high humidity and bad ventilation. This resulted in heavy improvements of the team. Eventually, the R&D department had been able to improve these circumstances and created tailored growing recipes to ensure the most optimized air solutions per crop.

As the initial container farm was quite small, when trialing production in August during Korea’s peak of summer, air conditioning wasn’t enough to cool down the facility. “We needed a bigger, and multiple farms at a capacity of 76m2 and 50-90% of operating humidity range. 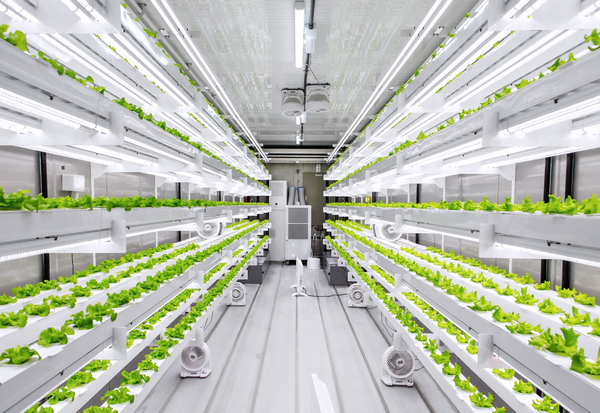 Air distribution
Vishak says that the first crop production started in 2020 last year. As temperatures started rising, luckily the AC could keep up with it, however, the air circulation still showed some issues. Inside the farm, it was rather humid and had an unevenly distributed airflow. This immediately highlighted that the farm was in need of improved air circulation. Next to that, the climate had to become more balanced.

Vishakh notes that Smart Acres wasn't afraid to raise questions and note issues in the farm as firstly, the crops weren’t producing that well. Harin says that N.Things has experienced that weather isn’t the only challenge during the summertime. Although the Cube is isolated from the environment, nutrition and water were raising big issues as well. We had to optimize all these things, which had big challenges. Multiple solution updates and installation changes had been done by the farm operation group from Seoul HQ via collecting every signal and data from the UAE farm site. After the adjustments, the team saw a clear quality upgrade in the crops and had been hearing it from several customers. 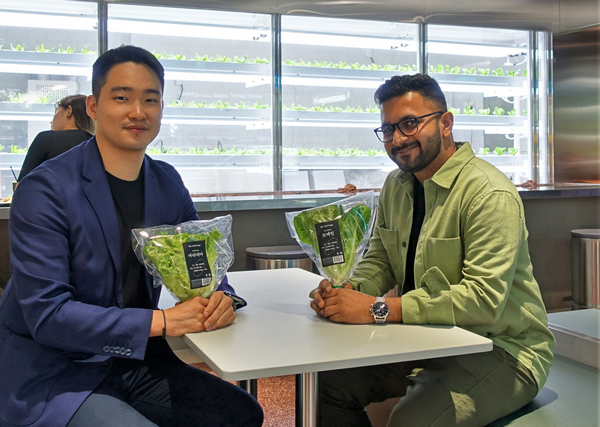 Entering new markets
N.Thing will look into new crops such as berries and other specialties, explains Harin. “Especially now, after the proof of concept, we’ll put lots of effort into this.” Vishakh elaborates on the matter, after confirming Smart Acres will collaborate on the R&D project with N.Thing to find more suitable crops. “We’ll be going from one farm to eight farms, but that’s something for later to be discussed,” he says.

Harin added to that, as the UAE is focusing on local production, N.Thing will be looking into producing local food, fresh fruits and vegetables. “It’s one of the things that makes vertical farming so appealing to them. It’s all about delivering fresh and traceable food. Not only in the UAE but also in countries like Qatar, Southern Arabia and Kuwait as they have similar climates, which will be easy to ‘plug and play’ for our farms.”  and “the UAE will become an exporter of crops as the government is heavily supporting these kinds of farming methods.”

“We’re trying to send out a message to the outside world as well. We need to educate kids on agriculture by having them testing and cooking with the produce. They’ll be asking questions where it comes from, and it’s our task to educate them on it,” Vishakh noted.