A project, backed by the Swedish company Ljusgårda AB

“Life is tough here, and there wasn’t much healthy food available, says Charles Lukania, Project Coordinator at Voices4Change in Kenya. “When Erik Lundgren from Ljusgårda came to visit in 2019, he provided farming materials so we could start the first hydroponics demo site in the informal community of Korogocho in Nairobi.”

It all started in 2016 when Maria Zachs founded the Swedish organization Voices4Change, V4C. Maria had been working for a long time in the non-profit sector with grassroots mobilization, democratization and human rights. When she first visited the informal communities of Dandora and Korogocho in Nairobi in 2018, she was impressed by the dedication of young people to transforming their own communities. The organization started operating in the areas amplifying young people’s voices for social and economic inclusion. 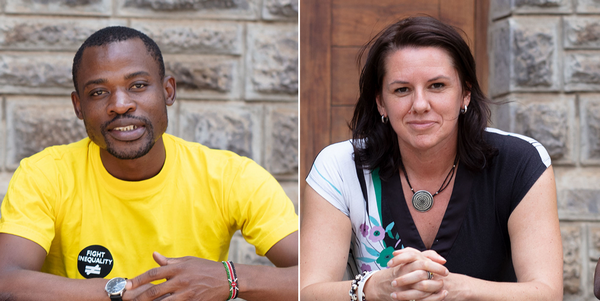 Kenya is characterized by a rapidly growing population, rapid urbanization and growing urban poverty. Youth unemployment is a pressing economic and social issue making youth vulnerable to crime and social unrest. Food insecurity and malnutrition are widespread in the informal urban communities of Nairobi.

Household floating tables
“The water people use for farming around here come from the Nairobi River that is heavily polluted,” says Charles. Since hydroponics was completely new to the area, the V4C team started with a small-scale household model farm made up of two Ebb and Flow hydroponics tables. Crops produced were spinach and pak choi. The Swedish company Ljusgårda became the main investor enabling the project to grow. 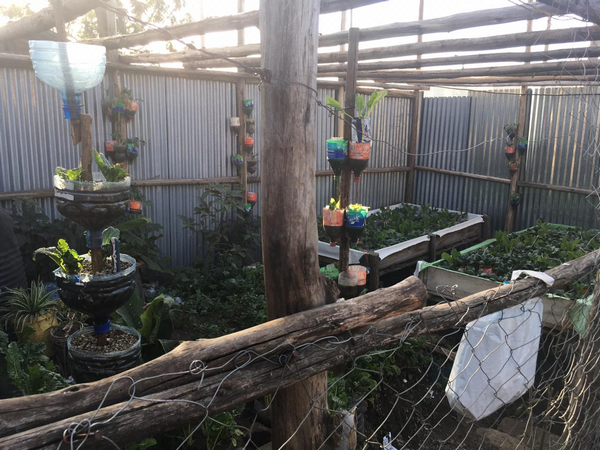 Water pollution is not the only problem in the area. Due to the near presence of the Dandora dumpsite, the soil is unsuitable for growing vegetables due to high toxicity. Many locals work on this quite dangerous site to scavenging waste to survive. “Having a sustainable livelihood is a fundamental step towards a safer, healthier and more prosperous future,” Maria states.

She continues, “many people who move to Nairobi’s outskirts are farmers by origin, so they know how to grow vegetables”. The main problem is that the soil is toxic around there. “Therefore, we want to offer an alternative to conventional farming providing extra safety. This way they will have access to nutritious food, and they will also make a living.” 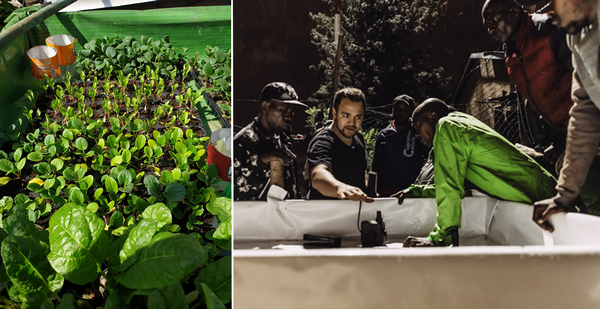 Connecting the community
Voices4Change’s main goal is to connect the community by uniting urban ag enthusiasts and environmentalists to fight poverty and increase food access. With the project, they also provide employment in an area where unemployment and poverty are rampant. Voices4Change is now in the phase of scaling up and is looking for partnerships and funding for the project.

This is the first urban agriculture project of its kind. “There are other urban ag projects, such as sack gardening, but research shows that the soil is still poisoned. Besides that, we are limited in the space available. Therefore, hydroponics technology has much to offer around here,” says Charles. After setting up a solid program in Kenya, the organization aims to start similar projects in neighboring countries. “If it works here, it will be effective there too,” he notes. 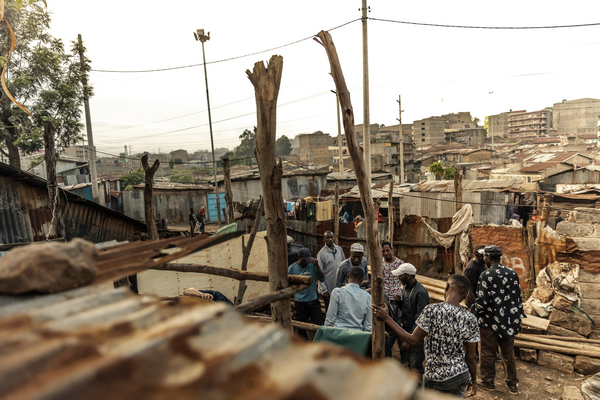 Sourcing locally
Besides growing local food, V4C promotes the use of locally sourced products. Charles adds, “We’re collecting empty Coca Cola bottles so we can recycle them and use them for farming. We are also trying to produce our own nutrient solution to be less dependent.” Maria notes that “Later on, we don’t want people to depend on external support for setting up their own businesses. To be sustainable, it must be local and low-tech.” Therefore, V4C wanted to construct something simple so anyone here can build it themselves.

Maria and Charles are still investigating what works best in the Nairobi community. Maria explains that they started at a household level, but as there are many close-knitted groups here, group projects would also work so they can grow as a collective. “At the bottom of the coin, food security for communities is the main goal of all urban ag projects.”