Growing lettuce in a gaming environment

“It is a gaming environment, you have to experience challenges and surprises. With only a few assumptions, you have to create a complete picture,” says Silke Hemming with Wageningen University. Yesterday, the first round of the third edition of the Autonomous Greenhouse Challenge was finished.

For the last six weeks, 46 teams from all over the world have worked to create an algorithm to develop a fully autonomous lettuce greenhouse. And for this first round, everything was done virtually. Over 250 people from over 20 nationalities participated.

In 2018, WUR organized the first edition of the challenge, with the help of the sponsor Tencent. The focus for that edition was growing cucumbers. The second edition worked with tomatoes. “This year, every aspect of the growth has to be regulated by an algorithm, and for that reason, we focus on that algorithm, not on the complexity of the crop,” says David Wallerstein with Tencent.

The contestant teams came from many backgrounds, from BSc students to professors, with expertise in computer vision, machine learning, plant science, and horticulture. Also, the jury came from many different continents. 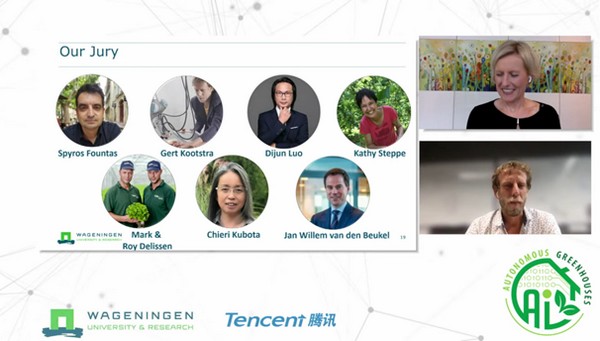 The jury of the challenge

Online challenge: the winners
The first part of the contest focused on computer vision, where teams were given 281 pictures of four different lettuce types to start preparing their algorithm. Every week they received more images and data with the objective to improve their algorithm. For the second part, focusing on machine learning, the teams got access to online greenhouse simulators to test their algorithm. 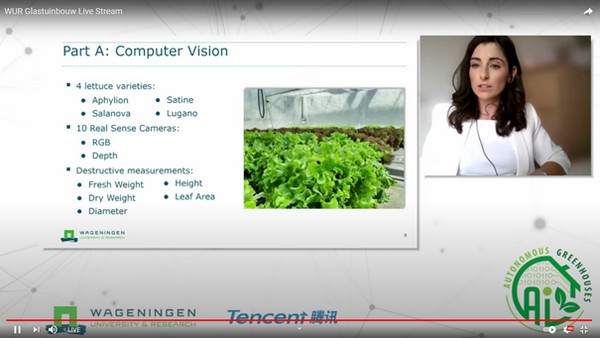 The third place winner came from China, Team 'IUACAAS.ICANnettuce', led by team leader Xiao Yang came from Beijing and Shanghai, combining much expertise from agtech companies and universities. They also participated in the second edition of the challenge.

The second winning team came from South Korea. Team Crop Vision and Automation, led by Hee Kyung Ryoo, a lettuce grower herself, combined different model combinations to find the best-performing model. “Our original approach was to use reinforcement learning, but we switched to an approach of optimization, creating our own function equation to optimize results.” 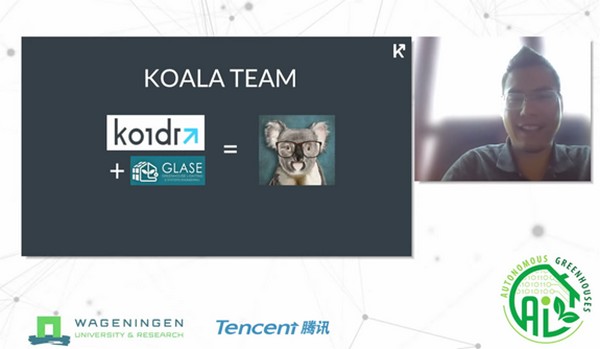 The winning team, the Koala team, consisted of members from the GLASE consortium at Cornell University, and Seattle-based startup Koidra. In the previous edition, they were also amongst the winners. “Our unique asset was the use of a data visualization tool. How can you plot actionable data visualization, as it requires experience and domain knowledge? Being able to seamlessly visualize complex relationships is hard. Our tool allows users and researchers to visualize complex relationships very quickly,” team leader Kenneth explained.

All teams agreed that they started the process by classifying the crop variety used, as each variety has a different outlook that the camera has to recognize.

Despite winning the challenge, Kenneth admitted to not having much experience with growing lettuce himself, although some of the team members did.

When asked about the future of autonomous growing, Kenneth stated that his startup is already carrying out trials with customers in an automated setting. “We believe in our technology, and so do our customers. We are already developing an autonomous greenhouse in Vietnam, so the market is ready for it,” he explains.

The challenge will continue with two other rounds.