"Rather than chefs having to travel for hours to a wholesale market, we are growing on-demand to eliminate these actions,” says David van Steenkiste, founder and CEO of Plant-T. David says that he noticed a lot of shortages in resources, which resulted in experimenting with some farming methods during the lockdown.

Based in Beernem, in the South of Belgium, Plant-T grows several kinds of herbs, crops, and flowers for restaurant owners, chefs, delicacy shops and so on. Given his background as a chef, David has always been passionate about food, colors and taste. “I always found myself out in nature, looking for fresh herbs or edible flowers.” 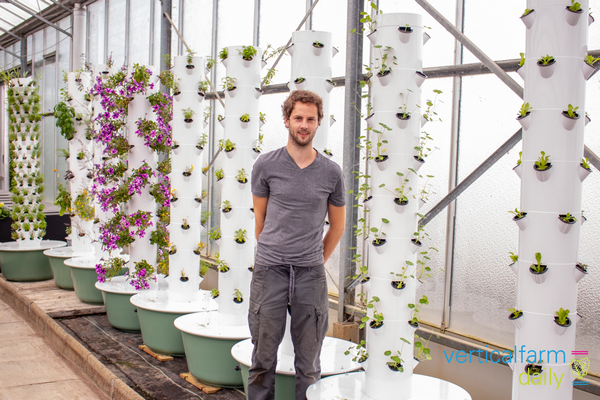 “Therefore, I think that these methods are a step into the right direction battling these shortages. You’ll need a plug and basically one person to maintain the towers, from seeding, transplanting to harvesting,” David adds. Water can be controlled via a set timer so it won't run constantly. "In short, the system really saves time, space and labor." 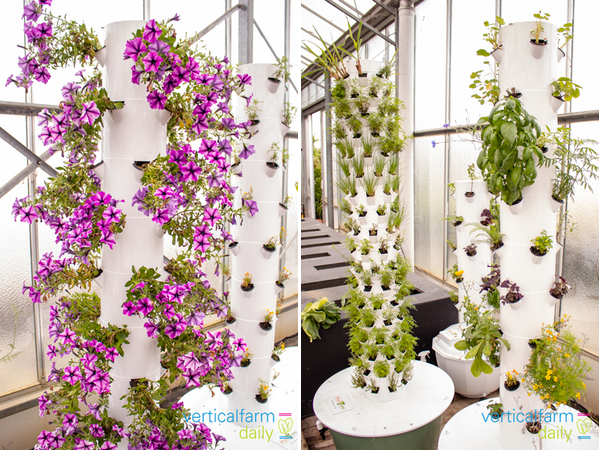 Growing demand
David sees growing demand from hotels, the catering industry like Michelin restaurants, fresh produce growers, consumers with 'green fingers', and even hospitals and prisons. “They want to have more control in terms of their supply chain, shortening it drastically by having some towers in the backyard. It seems there’s a noticeable trend for growing local, growing organic and sustainable,” says David. The company installs and delivers in Europe.

Actually, David has always been around herbs and other fresh produce. He owns a business called Herbas, which supplies rare herbs and flowers to Michelin restaurants and big events such as Tomorrowland. At Tomorrowland, the organization wants to showcase a complete ‘forest’ of these growing towers to supply their restaurants and catering during the event. However, David resolved to take a gamble on that and decided to take control into his own hands. 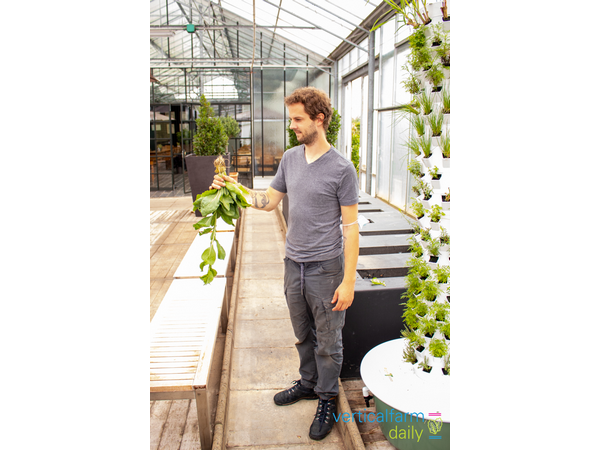 Currently, Plant-T is based in Kruiden Claus' greenhouse where David can experiment with all kinds of crops and plants that clients requested. Kruiden Claus is a herbalist, specialized in growing potted herbs. As Plant-T is getting more requests by the week, space is expected to quickly be filled up with more towers.

Breeding
Currently, Plant-T is home to eight growing towers that hold 36 plants per tower. These towers are either in use for restaurants or other clients that are trialing with plants/crops. As well as growing, the company also sells directly to consumers, which are either home growers or businesses. “I have about 150 towers in storage now which I’ll be installing soon,” says David. The towers are made of recycled materials.

The seeds purchased for the tower farms are ‘regular’ greenhouse seeds. However, according to David, Mediterranean seeds that are in need of more warmth and a steady climate won’t perform as well in these towers, in comparison to when growing inside a greenhouse. The towers can be used year-round, regardless of the amount of sunlight.