Bringing commercial vertical farming systems to Australia and beyond

“Throughout our twelve years, we found that economic viability is the overarching challenge of vertical farming globally. We had to make vertical farming commercially viable without government subsidies,” says John Leslie, CEO of Australian AgTech company Vertical Farm Systems.

Vertical Farm Systems is a provider of automated vertical farming systems and was established in 2009. The company has undergone numerous technology changes since its inception as the founders continued to reiterate their designs. In the search for commercial viability, what began as a Ferris wheel-type system evolved into a containerized system. After that, it turned into a warehouse installation and eventually the modular “climate cell” systems that Vertical Farm System currently offers.

As John explains, the climate cell system essentially isolates the growing environment from the building environment, allowing a grower to create several climates within a single building. 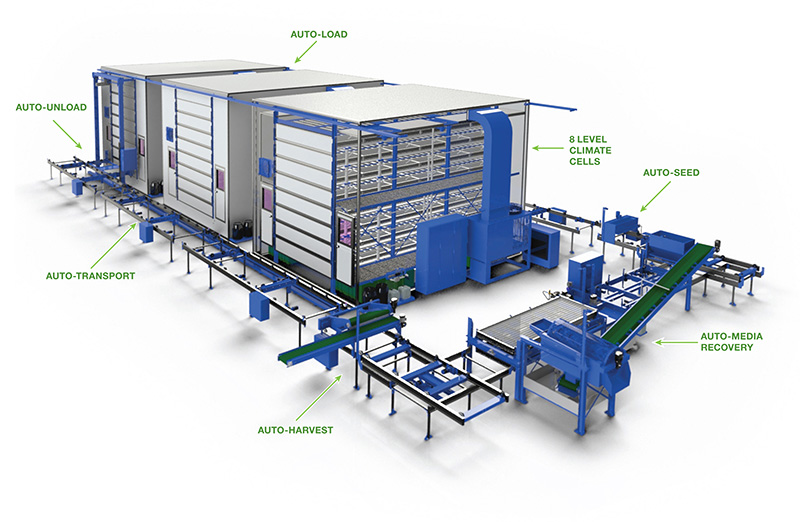 An overview of how the XA Warehouse Systems

“We can pair up to seven climate cells of various sizes. Being modular the systems can be configured into 28 differently sized systems, the smallest at 158 square meters of growing area and then stepwise up to more than 4,400 square meters, which only requires a floor area of 2,200 square meters for all of the operations,” John notes. 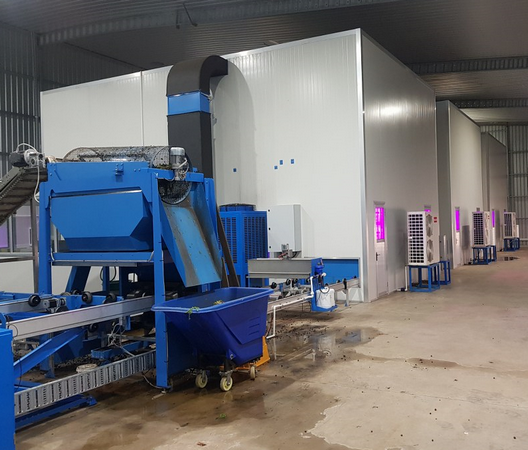 The XA system in the works

“The climate cell model has allowed an 80% reduction in power consumption for HVAC by controlling only the environment in the growing area and not in the entire building,” says John.

Closed-cell systems provide significant energy savings by reducing the volume of air that needs to be conditioned according to crop requirements. Many conventional vertical farming systems are installed in large warehouses whose massive air volumes entail significant HVAC capital and operational costs. 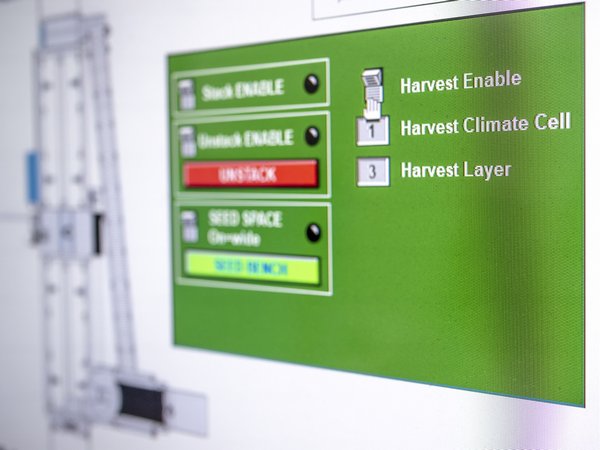 Vertical Farm Systems are entirely automated, with the significant reduction in labor requirements allowing growers to reduce operational costs further. These labor savings have been proven at the company’s demonstration facility, which reported high weekly yields with little manpower. According to John, a weekly output of 400 kg requires a total of only 6 hours of labor input. The high labor savings are a direct result of the company’s emphasis on automation in vertical farming.

Vertical Farm Systems has also developed a methodology for reusable growing media that be reused an infinite number of times, reduces farm waste and allows the grower to purchase fewer inputs.

High energy density in fodder series
According to John, Vertical Farm Systems’ XF series has been proven through independent Feed Test reports to consistently produce a Barley grass fodder with high mineral content and with a higher metabolizable energy density than grain.  John believes they are the only fodder system capable of increasing the energy density of grain during the process of growing fodder.

Vertical Farm Systems has achieved this by focusing on microbiology within the system which allows the grower to easily produce high mineral and protein content in their fodder for only 12 minutes total labor per 1000kgs of fodder.

The ability to produce fodder in a controlled environment is particularly interesting in harsh climates such as Australia’s, which is currently emerging from a severe drought and would benefit from weather-independent fodder production systems during arid periods. John explains that the newly released XF series can help farmers mitigate future climate risks and can be applied to any livestock category.

Stay tuned for some big announcements by Vertical Farm Systems about upcoming installations in North America, which will be made in the coming months.