“Like with LEDs, growers initially weren’t interested in installing indoor farms because of the costs and newness. But now, it is much easier to get LEDs to growers and the same is true with vertical farms,” says Chris Nelson, horticulturalist and co-founder of GrowStack Ltd.

GrowStack Ltd. is an agtech company that designs and builds modular vertical farming units. GrowStack’s in-house design and engineering team works closely with growers to design the farm and size out irrigation, HVAC, hydroponic systems, lighting and controls. All of this is to deliver a turn-key solution that is installed by the GrowStack team, who also provides post-installation training. 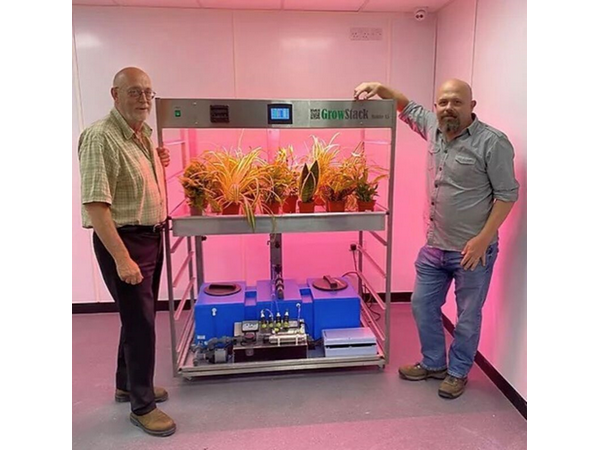 The company was formalized in 2017 by co-founders Sean Molloy and Chris Nelson, who had worked together to build Growing Underground, an underground farm with built-in air-raid tunnels beneath the streets of London. As interest in vertical farming increased, they began developing modular vertical farming units that were mobile, multi-tiered and equipped with LEDs and an ebb & flow hydroponic system.

GrowStack’s first modular units were specifically designed for York University, which installed 15 units. Once installed, the company realized that there was a greater demand for these units and continued to install them at universities and other sites throughout the UK and Europe. Currently, GrowStack has a new design in the prototype stage that will provide full environmental controls in an enclosed system, with NFT and ebb & flow hydroponics. The prototype will be ready soon. 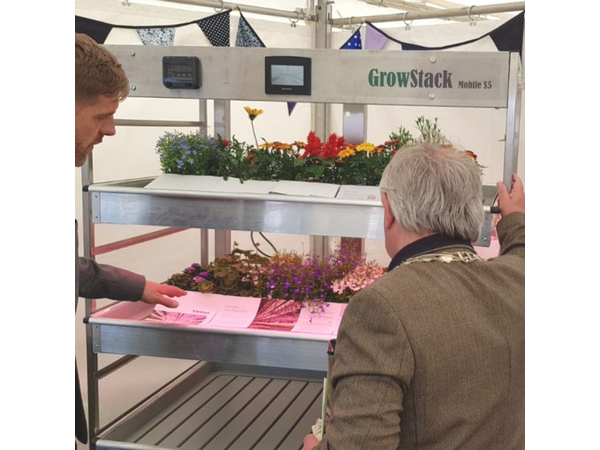 “We believe in building a high-spec, high-quality product. Our systems are built to last and we support the grower post-installation as well. It is a journey; we don’t want to walk away and have the project fall over,” Chris explains.

Although based in East Yorkshire, England, GrowStack has delivered systems throughout the country and in multiple European countries.

Vertical farming in the UK
According to Chris, the interest in vertical farming has grown exponentially in the United Kingdom, with both Brexit and the pandemic having pushed supermarkets to reconsider their supply chains to deliver consistent products year-round.

“There are lots of opportunities in vertical farming and we have quoted more projects this year than we ever have in the past,” Chris says.

“Nothing will faze us because it’s just a series of challenges to be overcome. That is the spirit of vertical farming,” says Chris.