Introducing green buildings to cities has been something of a trend in recent years. However, Berlin architects Svenja Spinkler and Kathy Colino have been designing a new building of its own kind. “We want to influence and put our mark on the world of architecture, adding a new modern and futuristic feel to cities,” said Kathy.  In recent years this is a topic that is being ignored by projects with the most investments.

The skyscraper building has several floors all with different purposes. The building will be home to a Science Center, a school for groups and visitors, a supermarket, three vertical farms, laboratories, offices, an indoor garden, four levels of Airbnb residents, a restaurant and a rooftop garden. Everything needed to self-sustain is inside. 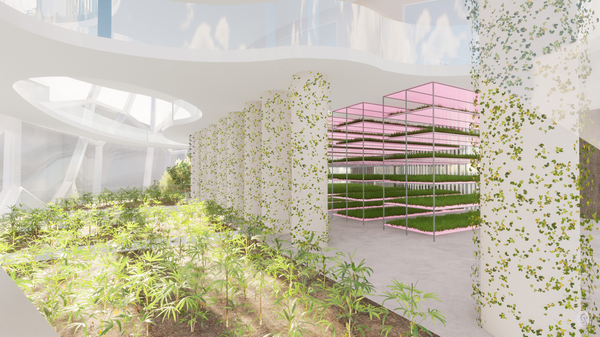 One of the integrated vertical farms

Integrating multiple benefits
As of now, this is just a prototype design. However, the building could easily stand anywhere in the world. “Ideally we would like to see the building in cities, especially where there's a lack of green spaces. As the building is a skyscraper, it only needs a small amount of ground space to be used. However, as it has multiple floors, it’s a great solution to the office or residence scarcity in cities,” they added. 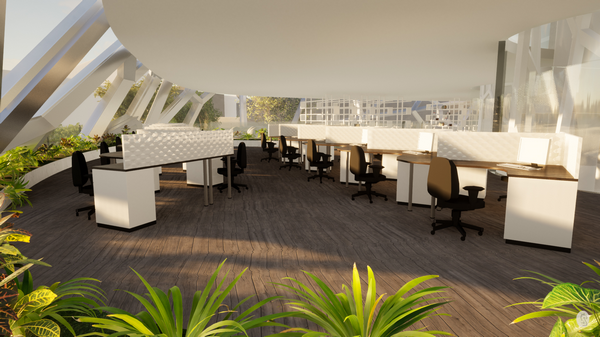 The young architects feel it is important to add these new components to cities all over. Through this project, they want to raise more awareness on combining vertical farming with buildings. “We support green architecture and vertical farming in and on buildings.”

They’re hoping the design will be realized. According to Svenja, “It would definitely diversify the city’s landscape and give a new feel to the use for the buildings. Usually, buildings are only used for living or as a workspace but our design includes so much more.” 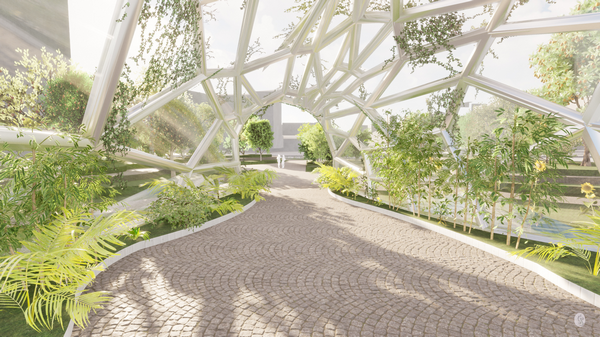 Repurposing resources
Originally, they chose a skyscraper to save as much ground floor area as possible, to demonstrate how a skyscraper can fit into a highly urbanized city like Berlin. The whole outer surface of the façade is used to collect solar energy. 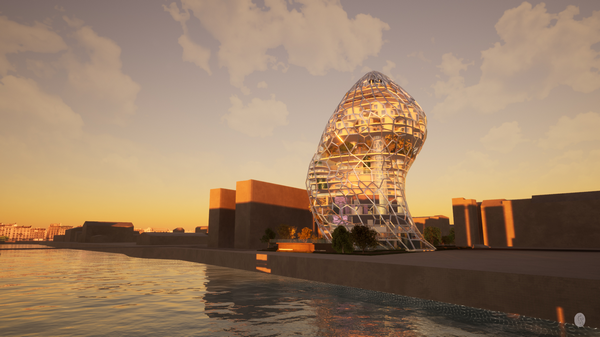 Not only this but the helix-twisted shape is going to be used to transport rainwater to the water collection system. They even created a pond in the back of the building which collects rainwater. All the collected water is efficiently used for vertical farm production. There are also aquaponic systems that allow for the indoor plants to be automatically watered, saving on extra costs.

Having a vertical farm providing fresh produce and nature within the building creates a certain atmosphere and adds to the air quality in the building. According to Kathy, this is heavily needed in cities as the air is mostly very polluted. 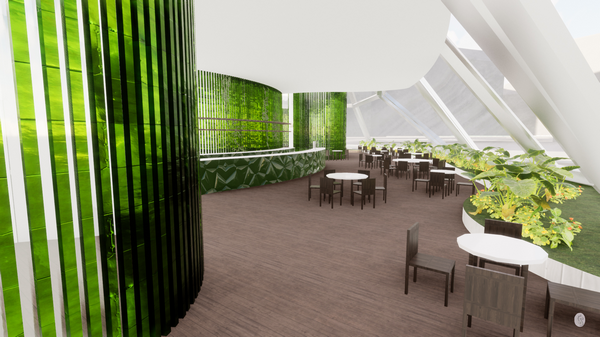 Tourist attraction
The reason behind the building shape is to raise attention from passengers walking by. Both architects aim for the building to become an eyecatcher. “We can fulfill many humanitarian needs whilst having a cool-looking building. We feel this could become a tourist attraction because of the design and all the pros behind it.”

With the current growing population, we’re facing lots of deforestation, also in cities, explains Svenja. “Green surfaces will shrink, air quality will decrease and also the appearance of the cities would change into a concrete jungle’. “We can do far more and establish more than just provide green  rooftops when we are looking to the future of city living.”