“I spent my first 25 years on a farm and the next 25 years in technology. Vertical farming is the bridge between those worlds,” says Yves Daoust, chief operating officer and founder of Ferme d’Hiver. The company was founded in 2018 and aims to develop a network of indoor farms and become a global hub for vertical farming.

In May 2021, Ferme d’Hiver announced that it had secured $5 million in funding from Investissement Québec, Haystack and Mavrik during its most recent funding. This funding will help Ferme d’Hiver build its first commercial indoor strawberry farm, which will cover roughly 1000 square meters and be located in Vaudreuil, Québec. Winterberry production is expected to begin in October 2021. 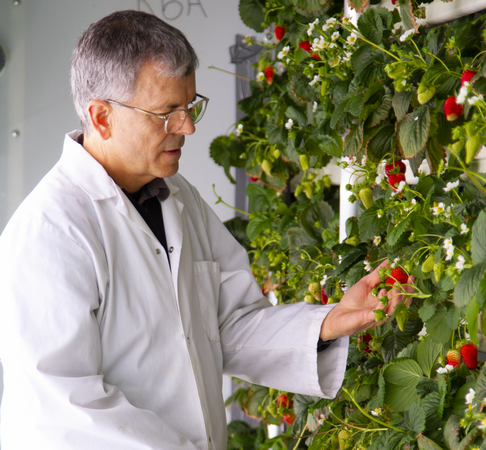 According to Yves, the first farm will be 4m tall with 14 gutters stacked high. This installation will allow Ferme d’Hiver to have 90 plants/square meter whereas greenhouses typically have 10-12 plants/square meter. The farm will produce three crops per year over a period of nine months, with the remaining three months corresponding with Quebec’s field strawberry season. This results in a yield of 160 kg/square meter/year.

Ferme d’Hiver recently signed a long-term contract with purchasers to provide at least 25 tons of strawberries per week. 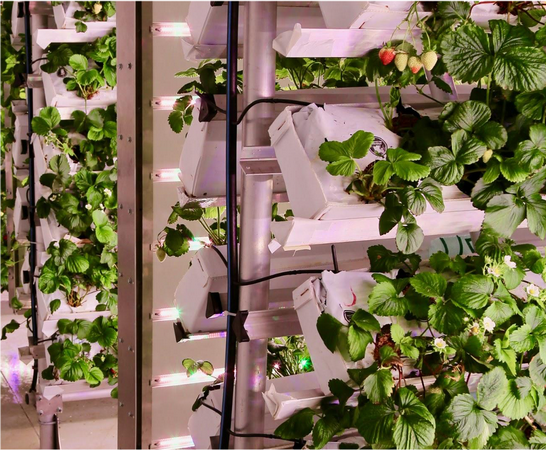 “Quebec is the third-largest strawberry-producing region in North America, which is exceptional considering our short season. Ferme d’Hiver will be producing from October to June, then taking a break during the field-based strawberry season,” Yves says.

Indoor farming facilitated by hydroelectricity
As Yves explains, indoor farming in Québec benefits from the extensive hydroelectric network and relatively low cost of electricity. Moreover, the heat generated in an indoor farm can be used to heat other facilities, including greenhouses. And with the company’s first vertical farm to be built on the property of Serres Vaudreuil, Ferme d’Hiver will be perfectly positioned to demonstrate the indoor farm-greenhouse synergy.

“Even though LEDs are efficient, they do dissipate heat and with lights in a 1000-square meter grow room, you have roughly 1 MW of energy to dissipate. We can use this energy to heat greenhouses and use our purchased energy twice,” explains Yves. 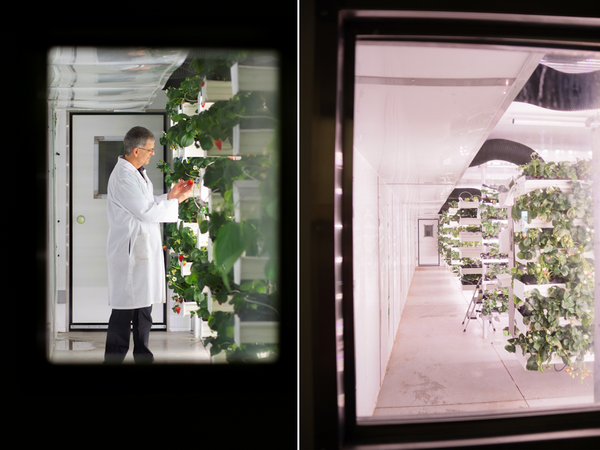 As Ferme d’Hiver continues to develop its farms, the company is looking to collaborate with greenhouse growers to leverage existing infrastructure and reduce the carbon footprint of food production.

CapEx and OpEx in indoor strawberry production
Whereas most studies have said that vertical farms are more expensive to build than greenhouse, Yves maintains that the capital expenditures of vertical farming are actually 30-40% lower than those associated to building a greenhouse producing an equivalent volume. From an operational standpoint, Yves also states that the energy required to produce 1 ton of strawberries is roughly 50% lower in a vertical farm than in a greenhouse.