When thinking of vertical farming, we usually think of rows of lettuce or herbs all neatly placed under purple LED lights. However, if it were to Rosario Iacono, founder of Kasveista, vertical farming should be all but limited to leafy greens. Kasveista’s mission is to expand vertical farms with all other crops through extensive research.

“For me as an agronomist, seeds have always been the most fascinating stage of a plant’s life. Without seeds there is no agriculture,” Rosario explains. “When I became interested in vertical farming, I was shocked to find out that the whole sector relies on seeds developed for open-field or greenhouse environments. Developing seeds specifically for the vertical farming sector can strongly increase the sector’s profitability. After all, the range of benefits for vertical farming will be obtained only if it produces the same range of food that is now produced in traditional agriculture.” 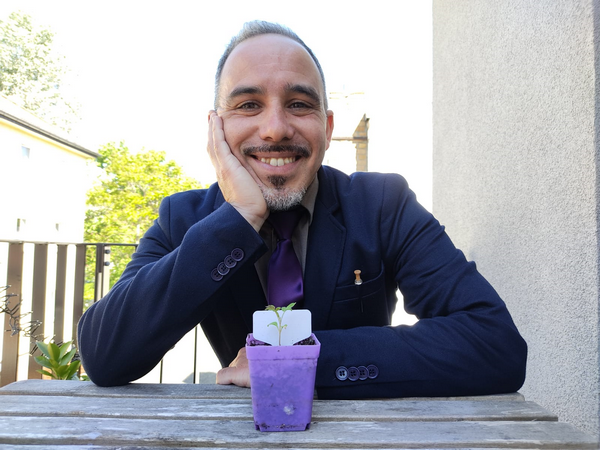 Finding the right fit
Although the process of breeding for vertical farming is not much different from breeding for conventional farms, breeders need to focus on completely different targets. “For traditional agriculture, we knew which traits are better appreciated by the market, such as color or resistance to export. For vertical farming produce, little is yet known what traits are valued more. The market is still in its initial phase.” Besides, according to Rosario, it is difficult to undo what has been done to seeds for many years.

“Several genetic features have been lost in the breeding process because, for traditional farming, other traits were needed than we need now. Seeds were bred for traits like resistance to pathogens and abiotic stress than, whilst traits that will be important in adapting to vertical farming conditions might have been lost. We’ll still need some time to recover those traits from older varieties and wild ancestors,” Rosario explains. 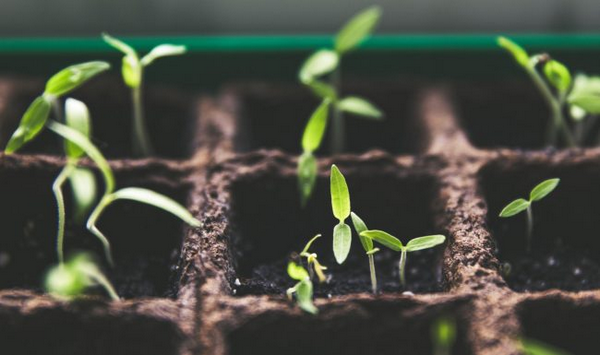 Open-source licenses
Although breeding a completely new range of seed varieties might already sound ambitious, Kasveista has even bigger plans for the seed industry. Put simply, they refuse to patent their seeds, as they don’t want to keep the farmer from being an active component in the breeding process. “We believe that growers should also have control over the food markets rather than only the large breeding companies.

For that reason, we provide farmers with open-source licenses, this way guaranteeing that they can save their own seeds. We do not retain any control over how our varieties are grown as long as they are kept open. We believe that this could be a dramatic contribution to food justice.” 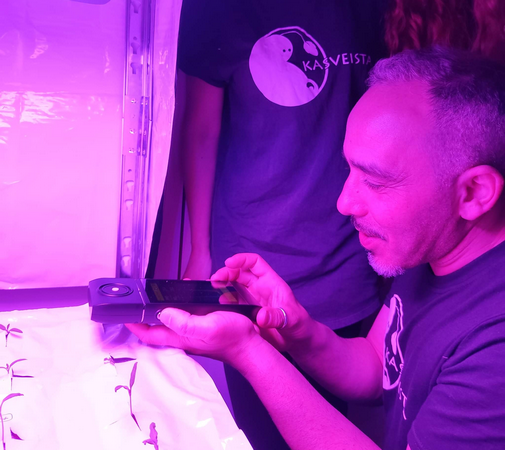 Seed testing
In order to ensure maximum effectiveness, all varieties are bred and produced in a vertical farming system, as this is believed crucial for the quality and performance of the seed. According to Rosario, this has to do a lot with a particular genetic process called epigenetic interaction. Some traits of the adult plant are a consequence of the environment in which the seed was produced.

Seeds from plants grown in drought, for example, will have some of its drought-coping mechanisms already activated. “We don’t want to risk reducing the performance of seeds bred specifically for CEA. In addition, we reduce the risk of contact with pathogens and pests that could transmit diseases to the seeds.”

Rosario strongly believes that vertical farming will replace conventional agriculture completely in the coming years. “There will be a multitude of medium and small size farms delivering their products in a short distance range. By then, it will be possible to grow almost every fruit or vegetable vertically. Along with the fruits and vegetables we know now, I won’t be surprised to see new plants becoming crops and reaching our tables. Although the market is now dominated by big players, I see the truly groundbreaking innovations coming from small startups.”